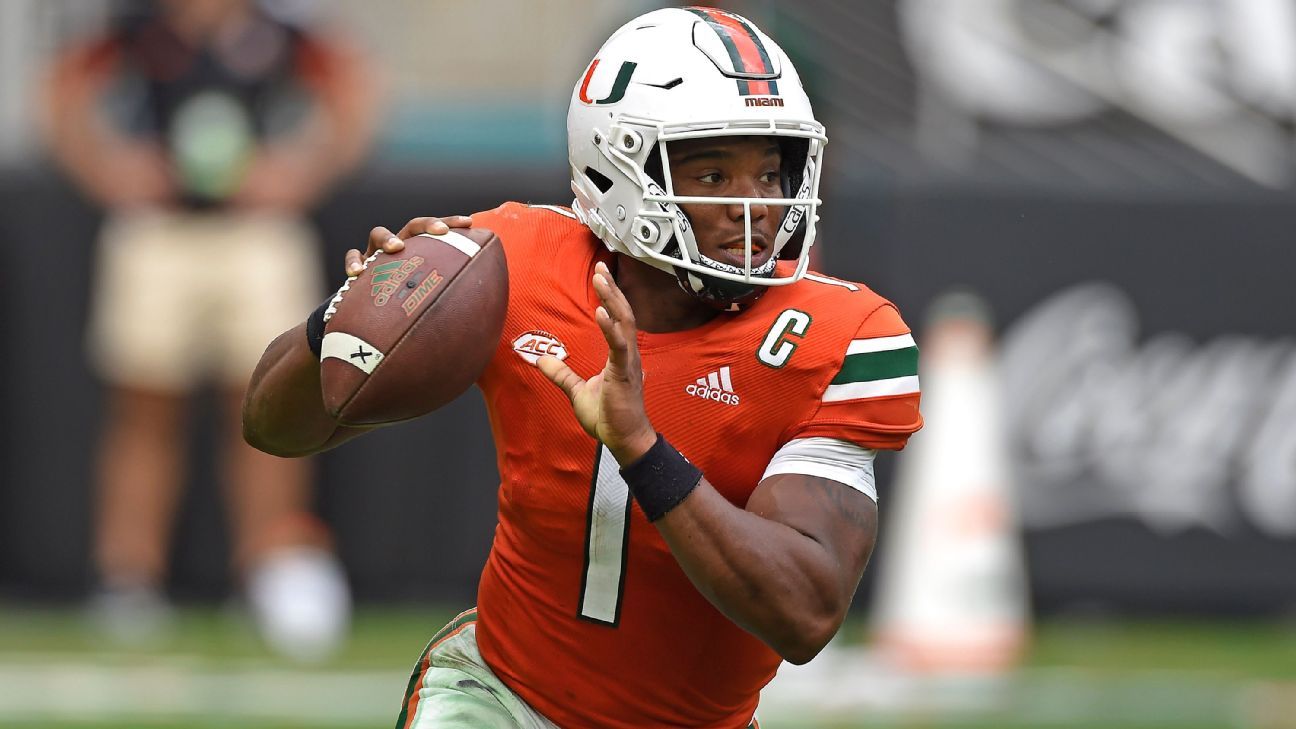 Miami quarterback D’Eriq King is out for the season with a shoulder injury, coach Manny Diaz announced on his weekly radio show on Monday.

King injured his shoulder in Game 3 of the season against Michigan State, but ended the loss 38-17 at home. He missed the next two games, including a heart-wrenching 30-28 last-second loss to Virginia in his final game on September 30.

A Spring 2020 transfer from Houston, King returned to Miami for his sixth season with high hopes for a big year after suffering an ACL tear in his right knee during the Cheez-It Bowl last December against Oklahoma State. He’s spent the entire offseason readjusting several times a day to make it back in time for the season opener against Alabama. In three games, King amassed 767 yards with three touchdowns and four interceptions.

King entered the year widely touted as one of the nation’s top double-threat quarterbacks. He’s the most accurate passer in Miami history, registering 111 touchdowns, including 76 passing, 32 running and three receiving. No college football player in the past 20 years has had so many touchdowns in each of these categories.

Van Dyke started both games with King out, throwing for 473 yards with four touchdowns and no interceptions. Little used freshman Peyton Matocha is Van Dyke’s replacement. Jake Garcia injured his ankle in Miami’s win over Central Connecticut State and is out until at least November after undergoing surgery.