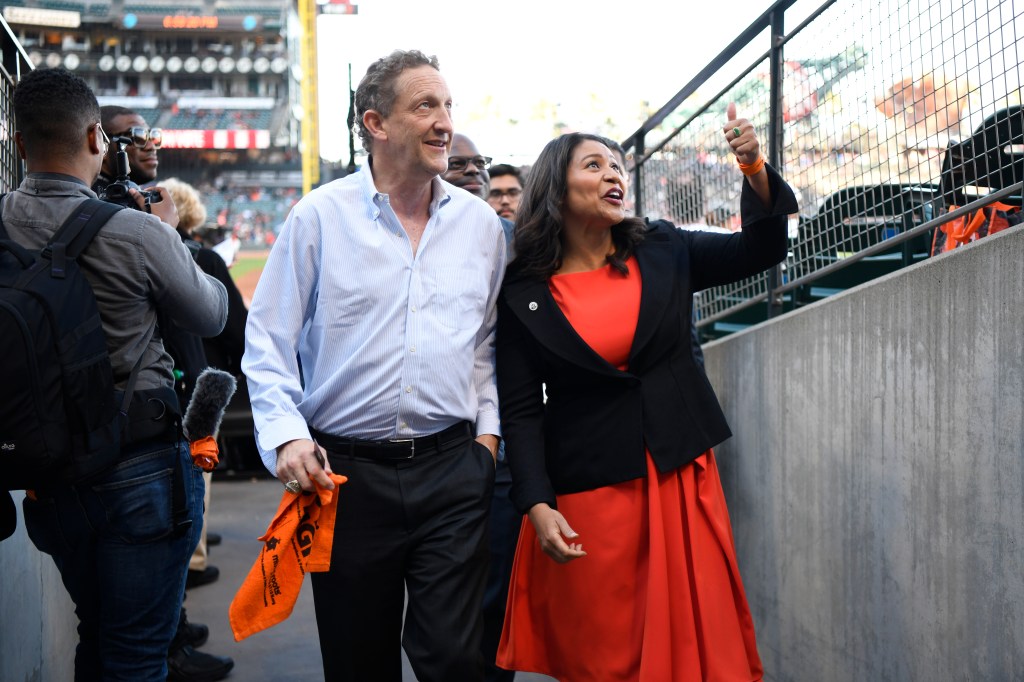 SAN FRANCISCO – Giants CEO Larry Baer will miss the first three months of the season after being suspended without pay by Major League Baseball for his role in a public altercation with his wife, Pam, on March 1st.

MLB Commissioner Rob Manfred announced Tuesday that Mr. Baer's leave would be converted into an unpaid suspension until July 1, 2019. Mr. Manfred issued a statement on Tuesday stating that Mr. Baer, ​​61, would "not participate in the Giants' operation". and that the club will be managed by a person in charge of interim control appointed by the team's ownership group in consultation with the commissioner.

Manfred has issued the following statement:

"Under my leadership, the Investigations Department conducted an investigation into the video incident of March 1, 2019 involving Larry Baer. I have also personally met Mr. Baer. After reviewing the results of the investigation, I concluded that Mr. Baer's conduct was unacceptable under the MLB's policies and justified discipline. In determining the appropriate level of discipline, I feel that Mr. Baer should be held to a higher standard because as a leader, he should be a role model for other members of his organization and his community. According to my conversation with Mr. Baer, ​​it is clear that he regrets what has happened and assumes responsibility for his conduct. "

Shortly after the MLB announced the suspension of Baer, ​​the latter made the following statement through the San Francisco Giants.

"I respect and accept the Commissioner's decision and appreciate the fair and thorough process put in place by MLB and the Giants.

I have made a serious mistake that I sincerely regret and I am really sorry for my actions. My unacceptable behavior was well below what every person, especially my job and my role in the community, should be required to do.

I will now begin immediately the important work that is before me: listen, learn from my mistakes and seek advice from a professional. I am committed to doing all that is necessary to earn the trust and respect of the many people affected by my actions. "

The Giants also issued a statement announcing that Rob Dean, the son-in-law of the late owners Giants Harmon and Sue Burns, would assume the role of acting head of the team during Baer's absence. Baer was not present at the organization's annual ball luncheon in San Francisco on Tuesday and will not be allowed near the stadium until the end of his suspension.

Baer will remain the CEO and the Giants' president on his return from suspension, but the Giants also announced that the club's board would make changes to the team's governance structure. The new structure will give the Giants a different permanent control person who will represent the ownership group of Major League Baseball.

"We wish to express our deepest gratitude to the hundreds of Giants employees for their tireless work, integrity and professionalism during this difficult time," reads Giants statement. "They are the heart and soul of the Giants family and we are always grateful for their commitment and dedication to the organization and our community."

Earlier this month, the San Francisco general attorney announced that he would not charge Baer for his role in the dispute that took place on March 1 with his wife Pam on what the couple called a "family affair". The altercation was filmed by TMZ and became physical when Baer grabbed his wife's cell phone. While Baer was trying to get hold of the cell phone, Pam Baer fell from a chair and was seen on a video screaming, "Oh my God! …Help me!"

On March 4, Baer began a leave in which the Giants' management team – a group comprised of Baseball Operations President Farhan Zaidi – was asked to report directly to the property's board of directors before Dean was appointed. acting controller.