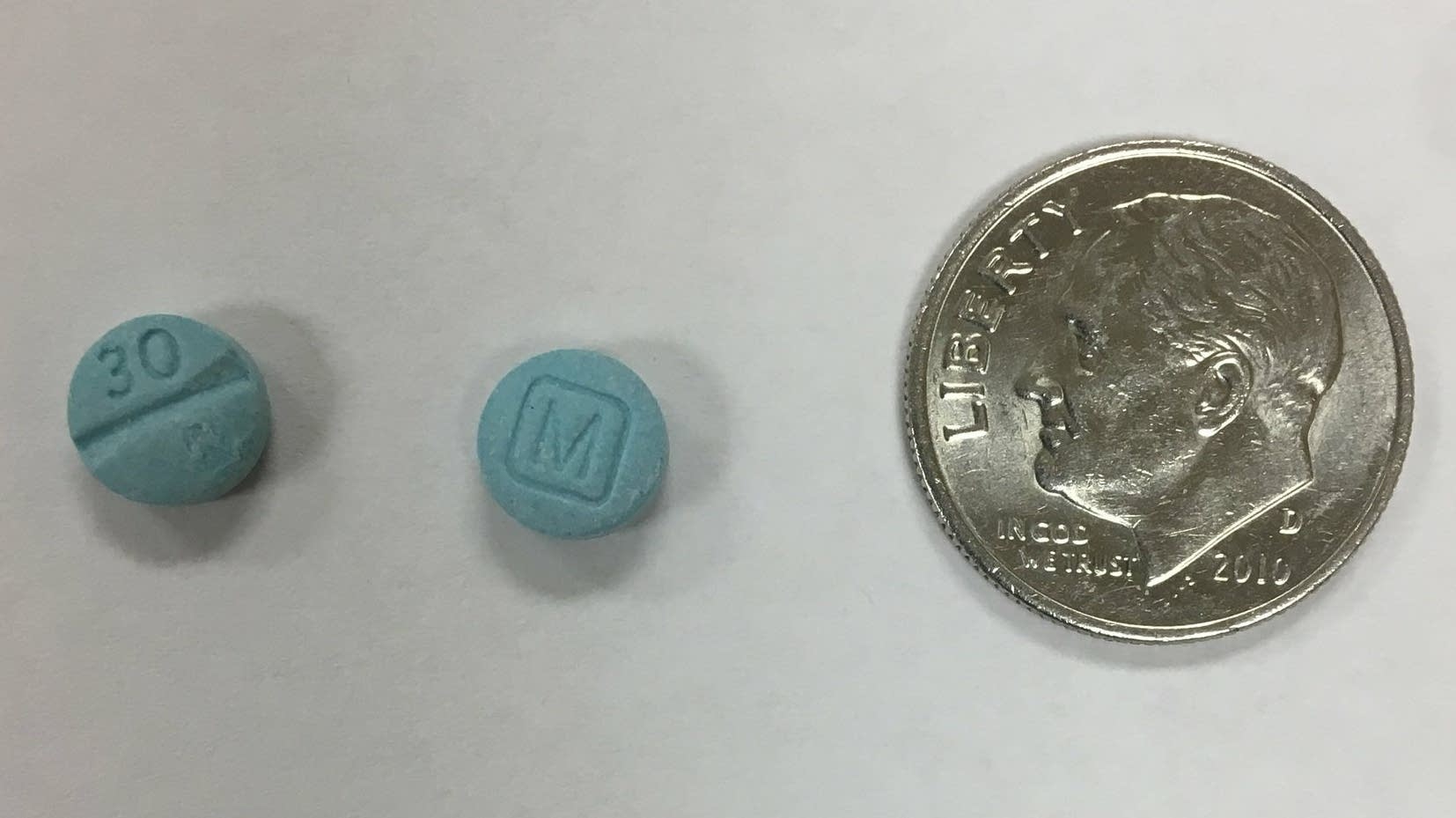 Public safety officials said that fentanyl pills disguised as oxycodone had been discovered in Minnesota and could have caused the death of a person in that state for the first time.

Beth Leann Roulet, 38, died Tuesday in Mankato after taking the powerful painkiller, according to the Blue Earth County Sheriff's Office. At the scene, investigators found blue pills bearing the letter "M" on one side and the number 30 on the other.

Illicit drugs encrusted with fentanyl are common, but Jeff Wersal of the sheriff's office said it was the first time he saw pills containing only fentanyl, a powerful synthetic opioid.

"The reason they're doing this is because oxycodone is extremely valuable, up to $ 25 or $ 35 a pill," said Wersal, who also runs the Minnesota Drug Task Force. River Valley. "And you can make fentanyl really cheap, and if you make an oxycodone pill to disguise it as one, you can sell it at the price of oxycodone.

Investigators say the pills have been associated with overdose deaths all over the country and would originate in Mexico.

"The counterfeit opioid medications are designed to look like reality – your provider has no idea of ​​the dose that would kill you, and you either." There is no safe dose, "said Drew. Evans, director of the Minnesota Bureau of Criminal Apprehension.

The death of Roulet is still the subject of an investigation.