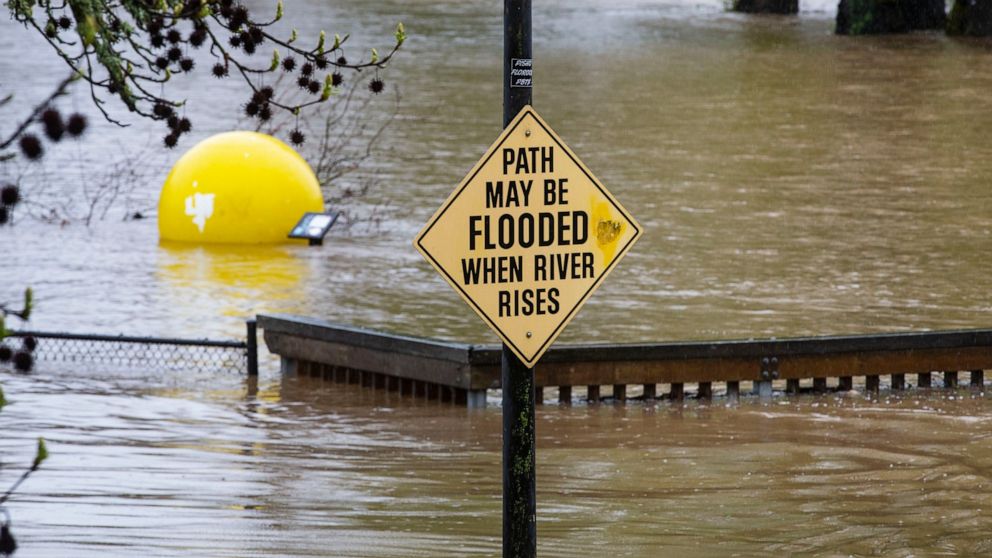 Several storm systems are wreaking havoc across the United States this week, with states from west to east facing the risk of floods, hail and tornadoes – and for the plains, the possibility of a blizzard of April record.

In the eastern United States, several storms crossed the coast Monday from Florida to Maryland, causing a hail the size of a baseball and winds of more than 60 mph.

This storm system is not yet in progress – more severe storms are possible for the Carolinas and Georgia, threatening high winds and hail, as well as the possibility of isolated tornadoes. A tornado has already been spotted Monday morning in northern Alabama.

But this is not the only storm that threatens the country. The central part of the country is preparing for a big storm on Wednesday.

This storm system has just crossed the Pacific Northwest, which has recorded record rainfall and floods in parts of Oregon, particularly in Eugene, which experienced its wettest month of April. all time.

As this storm gets even stronger as it heads east, 10 states, from Utah to Michigan, are on alert for heavy snow and blizzards.

Massive snowfall is possible in the Rockies as the storm heads east before resurfacing in the plains. Severe storms are likely to occur in Nebraska, Kansas and Iowa.

By Thursday, the storm is expected to explode in the Plains, the blizzard developing from Nebraska to Minnesota. Parts of the plains could see 2 feet of snow this week.

South of this location, heavy storms will hit the Midwest and Southern Great Lakes regions.

It looks like an extreme weather week – and maybe even a record week.