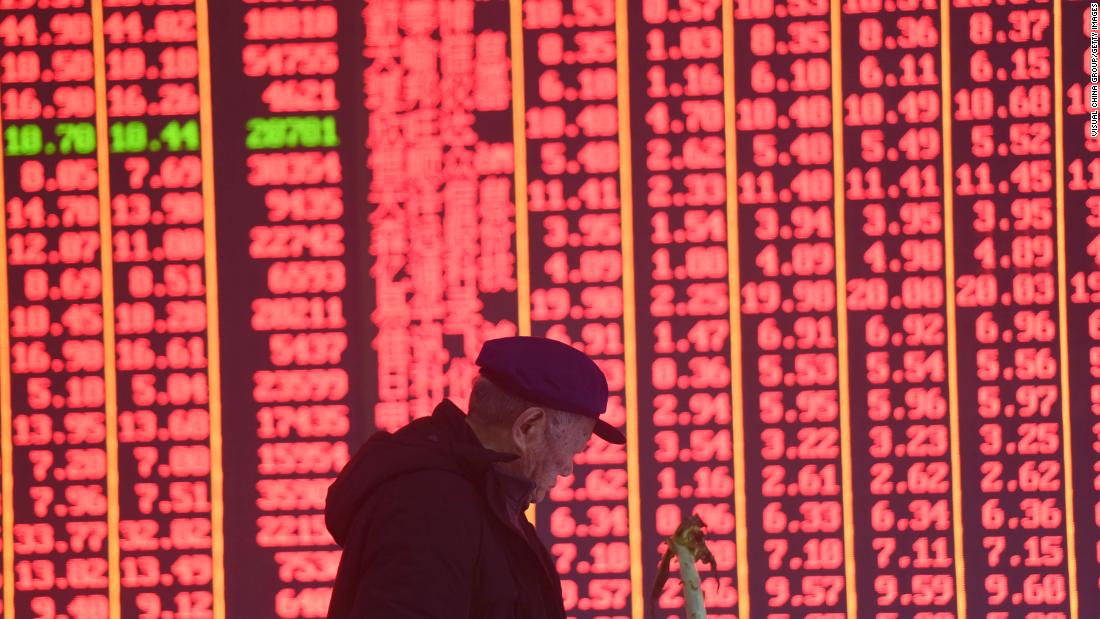 MSCI, the company that compiles some of the most popular stock market indices in the world, said Thursday that it will quadruple the number of Chinese stocks in its main indicators this year.

Billions of dollars in investments are based on MSCI indices. The decision of the New York-based company to strengthen the integration of Chinese stocks could attract an additional $ 85 billion in the Chinese stock market, the world's second largest market, according to JPMorgan analysts.

Many analysts and investors have welcomed this decision, saying it could boost confidence in Chinese stocks and encourage domestic companies to become more transparent. But they also advised those tempted by the MSCI announcement to rush into the unstable and underdeveloped market of mainland China.

"Many global investors will view China's onshore market as a desperate case," said Nicholas Yeo, head of Chinese equities at Aberdeen Investment Company, in a commentary on the MSCI decision.

About 80% of Chinese stock market transactions of $ 8.5 trillion are made by independent investors, rather than the large institutions that dominate the US and European markets. This can expose Chinese equities to unpredictable fluctuations.

The Chinese stock market has forged a reputation in recent years due to brutal surges and brutal liquidations, particularly in 2015, when many companies froze trading their stock when prices fell, trapping the stock market. investor money.

Last year, China's benchmark Shanghai Composite Index (SHCOMP) plunged by more than 25% as fears grew over the country's economic slowdown and its trade war with the United States. But the index has jumped about 20% since early January, which has placed it in bullish territory.
Chinese equities may now be overvalued as the economy is still weakening, according to some analysts.

"Stock prices are likely to move further and further away from fundamentals, which are generally gloomy," writes Julian Evans-Pritchard, senior economist in China of research firm Capital Economics, in a note to customers.

The disappointing earnings growth of Chinese companies raises questions about "the duration of the current recovery," he added.

Access to Chinese shares is also tightly controlled by the government.

Unlike other major global markets, investors must request an exchange quota from Chinese regulators or buy and sell in the Hong Kong market.

MSCI said Thursday in an announcement that Chinese regulators have taken a number of positive steps, including improving market access. He noted a "significant reduction in trading suspensions in recent months".

Investors hope that the increased inclusion of Chinese stocks in the MSCI indexes will encourage companies to strengthen their game.

"This should be a good incentive for local companies to increase the transparency of their reporting practices and to adopt strategies that are more responsive to shareholder interests, as companies benefit from better corporate governance. are more likely to be owned by foreign investors, "said Eric Moffett, an Asia-focused portfolio manager for investment firm T. Rowe Price, said in a statement. market comment.

MSCI started adding Chinese stocks to its indices two years ago, after having previously rejected them. This week's decision means that 20% of Chinese stocks will eventually be included in the MSCI index, compared with 5% for the moment. A little over 3% of MSCI's Emerging Markets Index will now be dedicated to Chinese equities.

Many investors approve of this decision, despite the weaknesses of the Chinese market.

"We believe that there are compelling reasons for international investors to consider this market more favorably, especially in the long run," Yeo said, pointing out that the Chinese economy continued to grow much faster than many developed countries. and that the Chinese government is trying to dissuade it from relying on debt-fueled growth.

"We believe that the most favorable earnings outlook for consumer stocks should be able to benefit from the country's structural growth," he said. "After all, the middle class in China is growing rapidly, with 380 million millennials earning and spending more than their parents for luxury items, travel and health care."