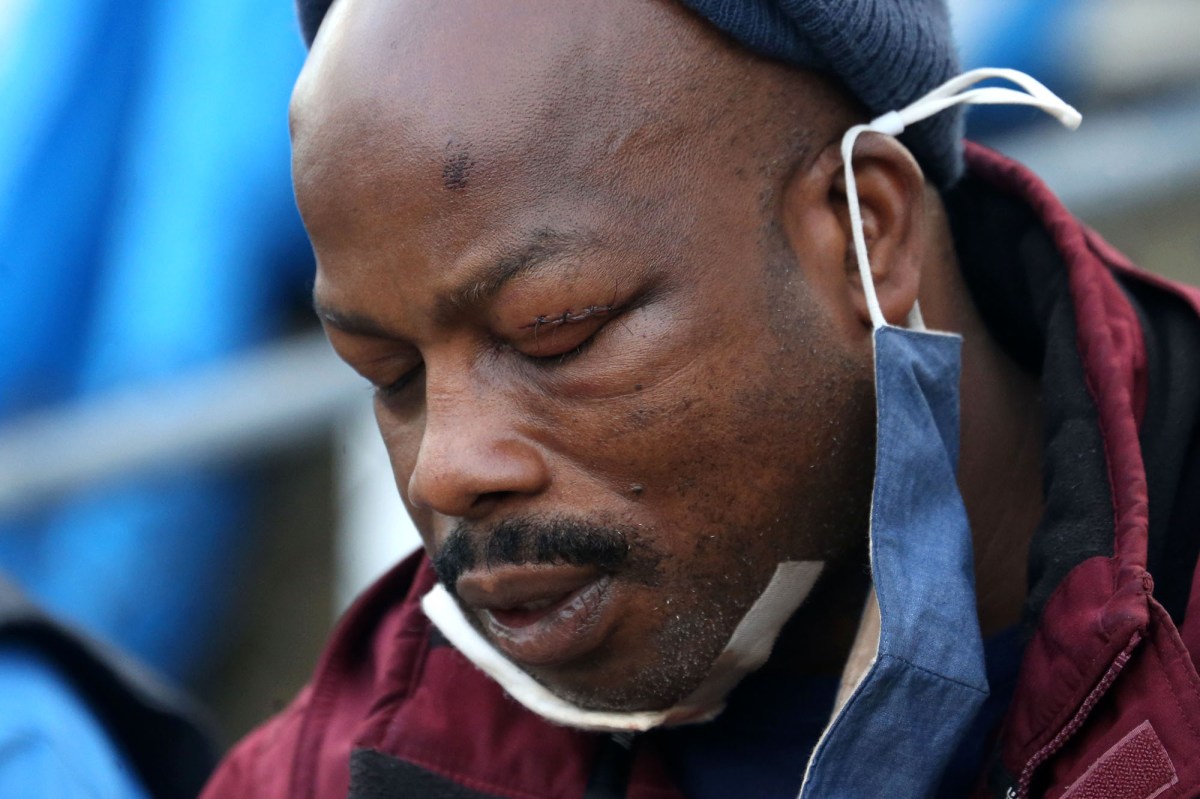 The MTA driver who was behind the wheel of the bus coming off a ramp and swinging at a Bronx overpass on Saturday denied the agency’s claim he refused to take a drug test after the crash wild.

“I did not refuse a drug test,” Everton Beccan insisted at a press conference at his home in Mount Vernon, surrounded by his daughter and representatives of the Transport Workers’ Union.

“I don’t take drugs, I have no reason not to take a drug test. . . I have no doubts that it will be negative. I’m not at all worried about that, ”said Beccan, 55, with his jaw closed and his face swollen from injuries sustained in the crash.

He said his neck and knee were also injured.

Beccan, an 11-year MTA veteran, was operating the Bx35 bus at around 11 p.m. Thursday when it swerved off a University Avenue slip road leading to the Washington Bridge, leaving the front half of the bus hanging from the overpass. Eight people, including Beccan, were injured.

Beccan took a blood alcohol test at the scene but did not cooperate when the MTA asked for a urine sample, the agency’s acting president Sarah Feinberg told reporters on Friday.

“Our concern is that he then refused to participate in the FTA-mandated and MTA-mandated drug and alcohol test, which is extremely rare for someone not to cooperate with him, and obviously extremely disturbing, ”Feinberg said.

Beccan, who has been suspended without pay pending an internal investigation, has a clean driving record.

A union representative said on Saturday Beccan submitted his urine sample to the hospital on Friday morning at around 10 a.m. and a blood test was taken at 4 a.m. that day.

TWU vice chairman Richie Davis said they “had no idea” why the MTA would lie about Beccan.

“It’s just the MTA here. They must be looking for someone to blame. I don’t know who gave them the false information that I wasn’t doing a drug test, ”Beccan said.

“That’s why I told the union president to call the press. I wanted to delete my name. I don’t want my kids to see that I refused a drug test. They slander my name everywhere like I’m an addict, ”he says.

“I tell them if they want me to take one now, tomorrow, anytime. I could take it every day, all day, and every day and it’s going to be negative because I’m not on drugs.

In response to Beccan’s allegations, the agency provided a detailed account of unsuccessful attempts by an MTA technician to retrieve the sample directly from Beccan at the hospital the night of the crash.

The technician says he went to the hospital where Beccan was being treated around 3 a.m. and asked an emergency doctor to see him.

Within 41 minutes, the doctor asked Beccan three times if he would see the representative, according to a statement from the technician.

GPS analysis shows that the bus was also traveling almost five times faster than the allowed speed for the turn it was making, officials said.

“I told the doctor he was going to have to tell me to my face that he was refusing the test and the consequences of not taking the test. The doctor went to his room to trust[sic] the message and he came back with the same response that the employee refused to take the test and didn’t want to talk to me, ”the technician said.

The driver also denied on Saturday that he accelerated in the turn. The Bx35 bus was traveling between 17 and 26 mph at the time of the crash, officials said; the appropriate speed is between 3 and 4 mph, depending on the agency.

Beccan said he released the accelerator pedal as he made the turn, but the bus accelerated instead.

“The bus has just taken off. . . If you drive a bus you hit the breaks and slow down when you make a turn, but the bus took off on its own, ”he said.

“I just think, ‘Everyone is going to die. It’s happening, I don’t know what’s going to happen.

The union said it would investigate the cause of the crash, using data from the vehicle’s black box.

“It was a tragic incident for everyone involved and the MTA continues to provide all the facts to the public,” MTA spokeswoman Abbey Collins said on Saturday evening.

“Unfortunately, the bus operator has repeatedly refused his drug and alcohol test commissioned by the FTA and MTA.

“This is a straightforward, non-negotiable, federally imposed requirement on all bus operators and other safety-sensitive personnel,” she added.

“We can’t make any exceptions to this requirement and neither should we. The investigation is continuing and we will post more information as it becomes available. “