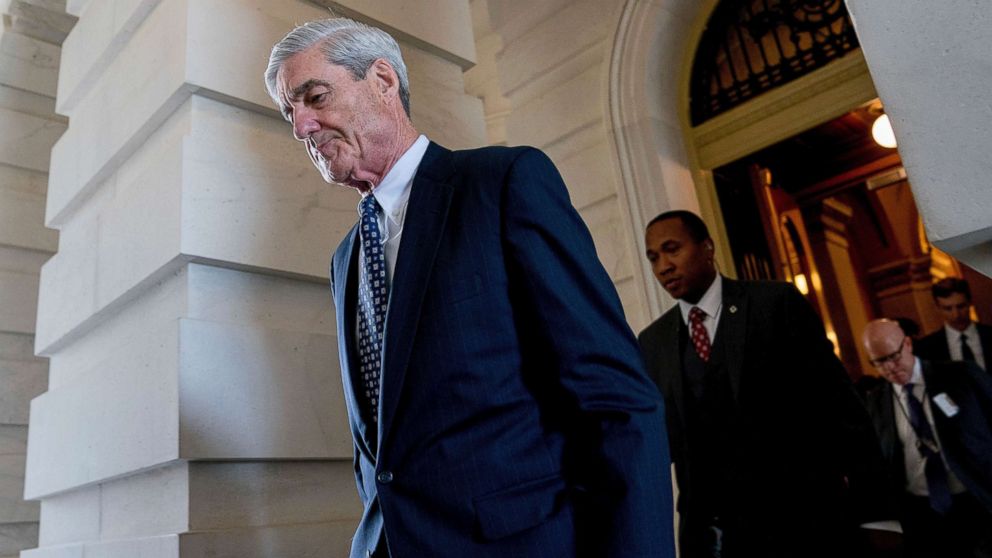 The list of questions that special advocate Robert Mueller submitted to President Donald Trump included a question about a controversial change in the Republican party's congressional platform in July 2016 regarding the provision of weapons by states. In Ukraine, according to sources close to the president's responses.

Trump submitted his answers to special advocate Mueller last week after months of negotiations over how the issues would be handled. ABC News has previously reported that the issues, which were divided into five sections, were mainly focused on the question of whether there was collusion between the Trump campaign and Russia during the presidential campaign cycle, sources said. .

The revision of the platform took place as the Republican National Convention began in Cleveland. On July 18, party insiders took the unusual step of asking the United States to help protect Ukraine from Russian incursions, which is perceived as a surprising concession to the Russian government as the situation in Ukraine is tense. .

The platform change took place during the Republican convention organized by Paul Manafort, chairman of the Trump campaign at the time. Manafort had previously worked for a pro-Russian Ukrainian political party.

Sources told ABC News that the president had told Mueller that he was unaware of the platform change. This would be consistent with his response to a question on this topic posed to George Stephanopoulos of ABC News in the summer of 2016.

In addition to the platform change issue, sources told ABC News that the president had also been questioned about the infamous meeting between Donald Trump Tower, Donald Trump Jr., Jared Kushner, Paul Manafort and a lawyer. Russian in the hope of getting dirt for Hillary Clinton. According to sources, the President's written response indicated that he was not aware of the June 2016 meeting before and after it.

"I have never received anything, including allegedly hacked emails from WikiLeaks, Julian Assange, Russians or anyone else," Roger Stone told ABC News earlier this year. "[I] never sent them to Donald Trump, the Trump campaign or anyone else. "

A source told ABC News that most of the questions were "pretty obvious" and the president's responses were "consistent with what he said publicly".

President Trump's legal team declined to comment to ABC News. The Special Council Office did not respond to a request for comment.