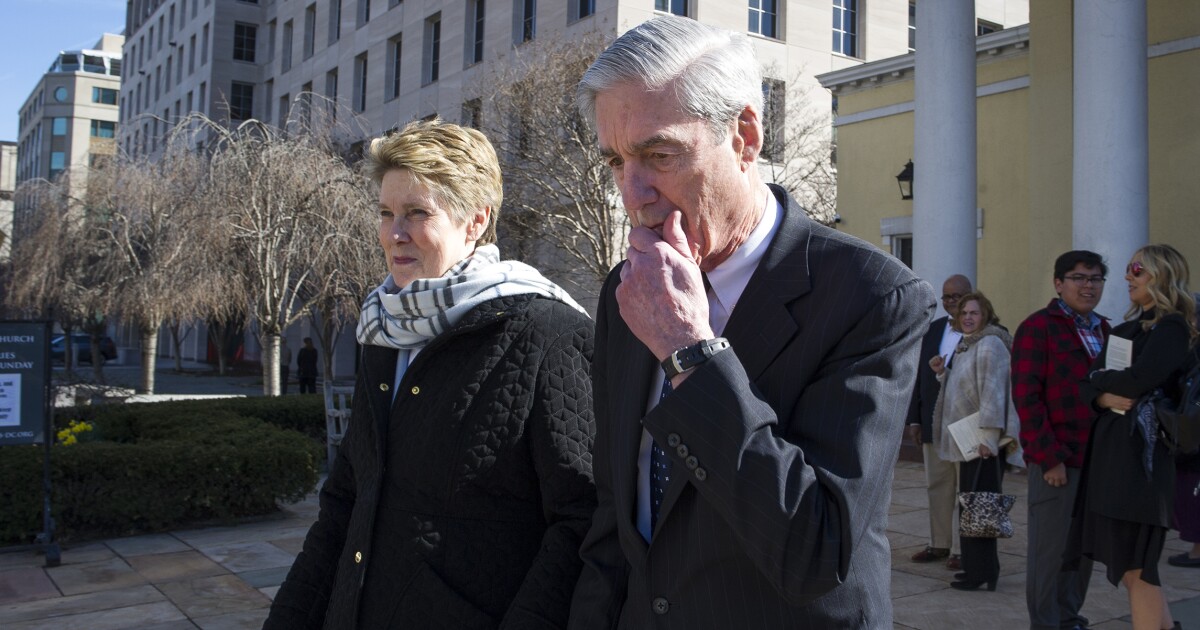 After two tortuous years of leaks and cruel warnings that "the wall is closing" on President Trump and his entourage, the public deserves more than a four-page letter from the Attorney General citing only two sentences partial report of the special advocate Robert Mueller. .

The entire report should be published with as few editorials as possible. Some passages may reveal sensitive sources and methods of our intelligence agencies. Others may contain testimonials before a grand jury. But beyond that, Mueller's report should be presented to Congress and the public so that we can all know what Mueller and the Department of Justice now know.

One of the reasons prosecutors generally do not communicate all of their work is that they are not supposed to blame people for embarrassing or improper acts. Prosecutors are supposed to charge people for crimes. There is a principle that prosecutors do not disclose derogatory information about non-charged persons. If a prosecutor does not think that a person's misdeeds deserve to be prosecuted, they should not advertise them.

A president is held to higher standards than ordinary citizens, and Trump can handle the publication of derogatory information. Of course, he has already done so.

More importantly, certain acts that are not, or should not be, criminal or imprescriptible offenses are matters of congressional oversight. If Trump has commercial activities unknown in Russia before, Congress should know, even if the activities are legal.

"Collusion" was a theory of unfounded plot peddled by a party and media that could not stand the fact that they had lost the 2016 election for a vulgar reality star. So how was the false story put forward that Trump was halfway with Vladimir Putin in Russia's interference? It is ridiculously absurd to suggest that this vast investigation was prompted by Trump's joke request asking Putin to produce the emails that Hillary Clinton had hidden from the federal authorities.

Does the investigation stem from an imaginary memo that is part of Clinton's campaign propaganda and funded by Democratic lawyers? The "record", concocted by former British intelligence officer Christopher Steele, was so far-fetched that it was not verified any of the substantive claims and the that many have been proven wrong. Were his fragile claims as well perceived by senior FBI officials and other security services as by media organizations reluctant to accept any slander against their hated president?

The public deserves to know how the story of collusion was born. Was it damned or a conspiracy?