Murphy declares the state of emergency before the snowstorm of the winter. It starts early Wednesday 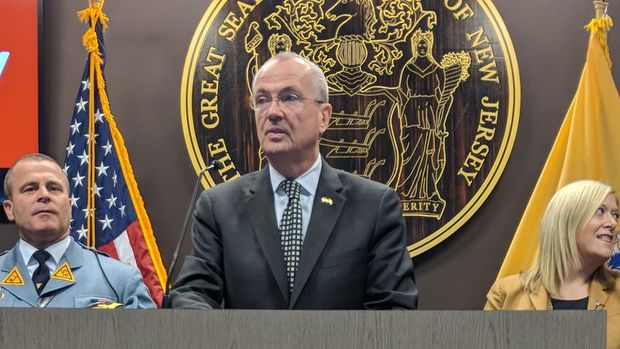 Governor Phil Murphy declared the state of emergency Tuesday night before a winter storm that is expected to drop about 3 inches of snow over many areas of New Jersey on Wednesday.

The state of emergency comes into effect Wednesday at 5 o'clock.

The timing of snowfall could be tough for commuters Wednesday night. The commute to work should be good as snow will begin to move north through New Jersey around 10 am and is expected to spread to areas around Interstate 80 around 1 pm, National Weather Service announced on Tuesday. .

Murphy said Tuesday at a public event in Piscataway that everyone in the state had to be ready to receive some snow on Wednesday and that drivers should expect a messy ride.

"As a winter storm is expected to affect our state, we urge New Jerseyers to drive with caution and discretion at this time," Murphy said in a statement. "We are actively monitoring the storm and are ready to deploy all available resources to ensure the safety of the roads."

Murphy announced Tuesday that the storm would hit southern Jersey Wednesday morning and that "the biggest blow" would have struck in the middle of the workday.

List of school closures, early departures due to snow

"Plan ahead," he said at a public event.

The governor's declaration of a state of emergency usually contains strong warnings to keep people off the road, although law enforcement officers do not have the power to charge drivers for tickets.

However, the order gives first responders the power to close roads, evacuate homes and requisition equipment or other resources to protect public safety.

In addition, after a violent storm, state officials may seek financial assistance from the federal government to make repairs. The declaration of urgency is an indispensable step in this process.

Watch the social media accounts of the Office of Emergency Management and State Police of New Jersey for updates:

You can also sign up to receive alerts by text and email: