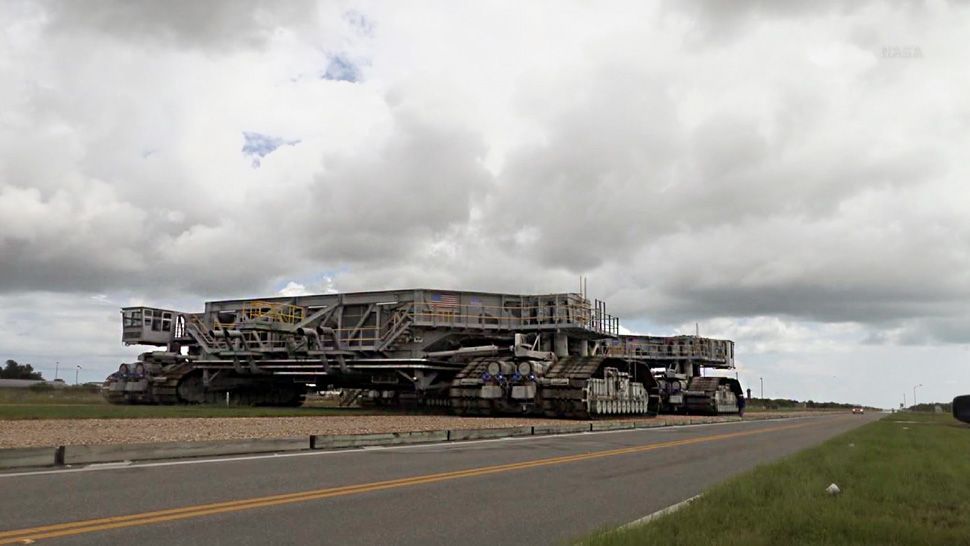 KENNEDY SPACE CENTER – NASA is preparing to protect the vital equipment of the Kennedy Space Center against Hurricane Dorian.

On Friday, the mobile launcher will be brought into the VAB (Vehicle Assembly Building) to be kept safe during the Dorian.

After two months on the launch pad, this morning the mobile launcher will be transferred to the inside of the vehicle assembly building to be kept safe for #HurricaneDorian. @ MyNews13 pic.twitter.com/DZP0OLHxny

The tracked carrier was moved Wednesday for the launch of Complex 39B, where the mobile launcher was tested, before its first launch on the Space Launch System rocket next year.

NASA has developed the mobile launch tower for scenarios such as this one, which has allowed it to be protected in the massive VAB.

The VAB, meanwhile, can withstand winds of about 125 km / h.

Matthew and Irma, data from the last two hurricanes that struck the space center, saw the building withstand wind gusts exceeding 100 miles at the time, causing only minor damage.

For Dorian, the space center should close Saturday at 18 hours.

A driving team of 100 to 120 people will remain at the launch control center, where they will monitor the storm and conduct the first safety inspection after the Dorian pass.

The visitor complex is also closing: no special bus tour on Saturdays and the entire park will be closed on Sundays and Mondays.