NASA spots a mysterious aurora "dragon" in the sky 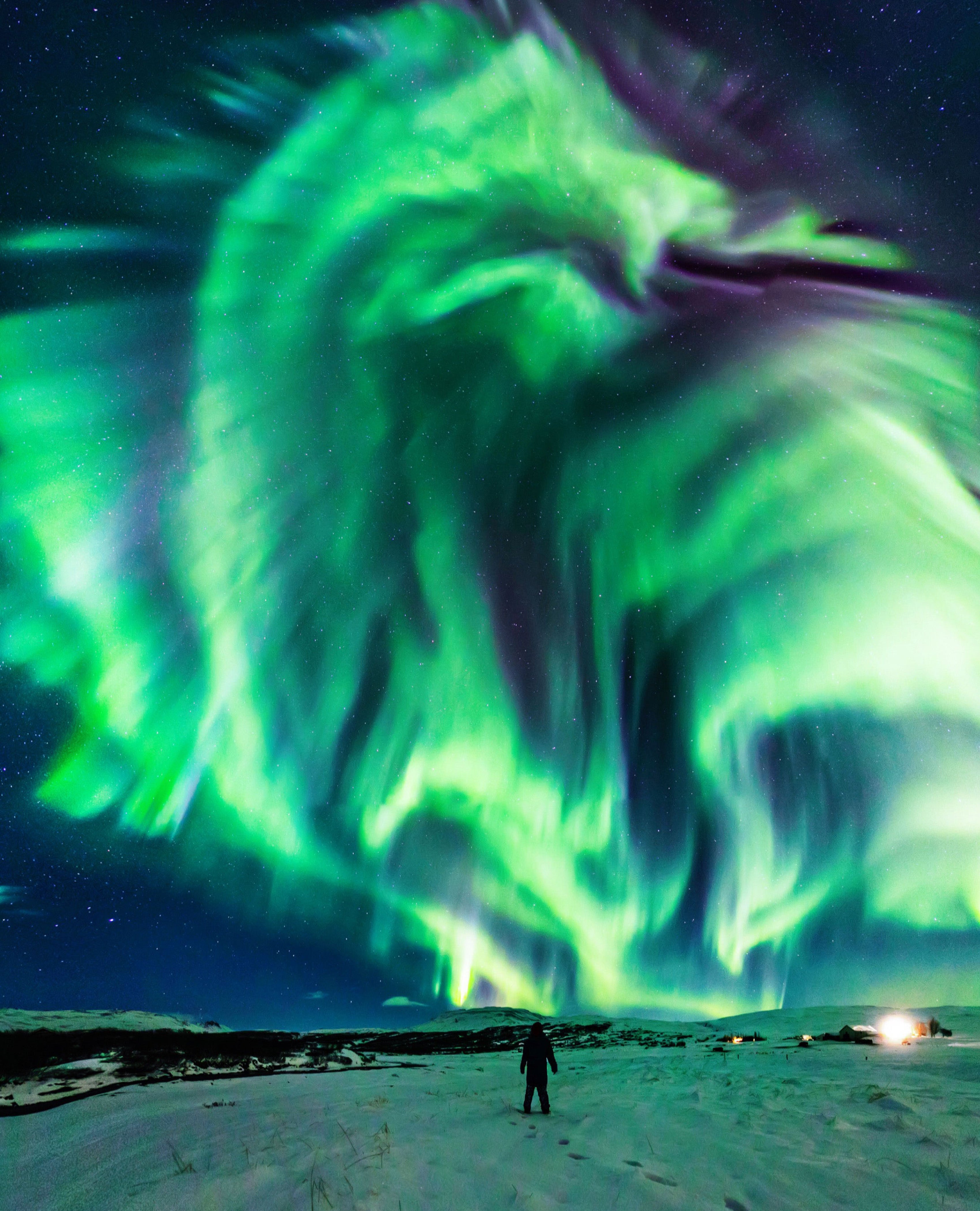 NASA has released a spectacular image depicting a huge aurora "dragon" that was gently charging into the night sky over Iceland.

The natural phenomenon is caused by particles emanating from the Sun that collide with the Earth's atmosphere to create a magnificent light show.

"Have you ever seen a dragon in the sky?" Although real flying dragons do not exist, a huge dragon-shaped aurora has developed in the sky over Iceland. earlier this month, "announced the space agency in an article.

NASA added: "Auroras are caused by a hole in the solar corona that has ejected charged particles into a solar wind that has followed the change in the interplanetary magnetic field in the Earth's magnetosphere."

According to NASA, this dragon aurora is mysterious because it appeared at a time when sunspot activity is low, which means that the Sun does not emit as much charged particles as it does at night. ; usual.