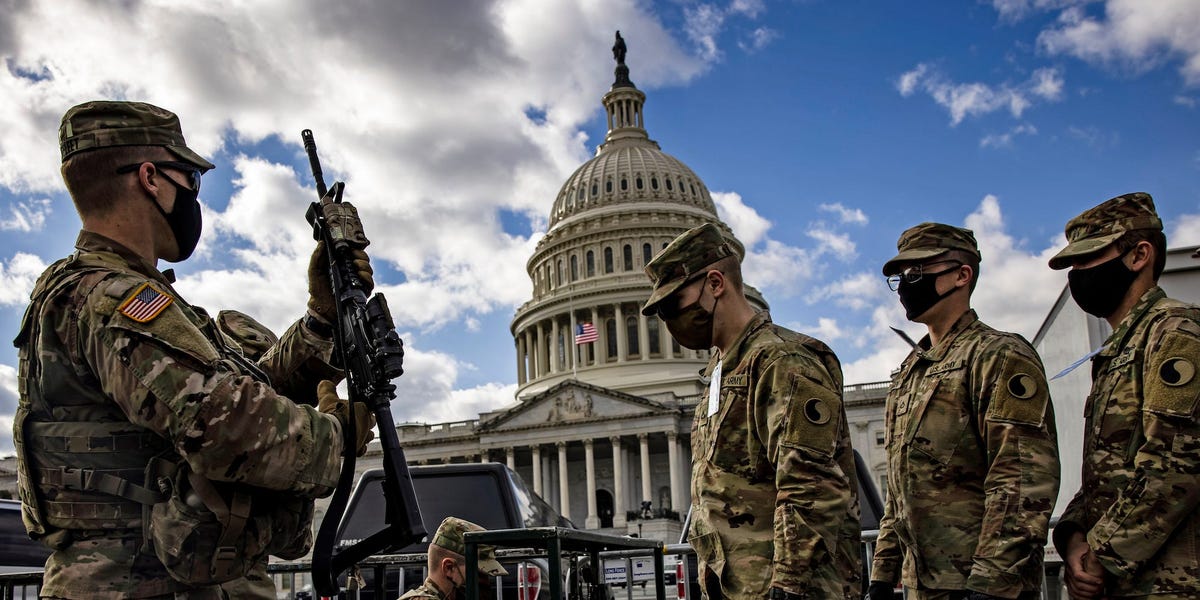 Two members of the National Guard have been removed from the security mission for the inauguration of President-elect Joe Biden, the Associated Press reported on Tuesday, citing military and intelligence officials.

The unidentified Guards are believed to have links to far-right militias. No conspiracy against Biden has been uncovered, the AP reported.

The tightening of security follows an assault on Capitol Hill by a pro-Trump mob on January 6. The incident, an effort by supporters of President Donald Trump to overturn the results of the 2020 presidential election, has been repeatedly labeled an act of domestic terrorism.

Among those who stormed the Capitol were several veterans of the Army, Air Force, Navy and Marine Corps, as well as current members of the service. A police officer who participated in the riots is a member of the Virginia National Guard.

“These people are not representative of our country’s military,” Chairman of the Joint Chiefs of Staff Gen. Mark Milley told The New York Times on Monday, stressing that most current and former military “continue” to serve honorably and abide by their oath to protect and defend the US Constitution. “

Following the attack on Capitol Hill, the military took a closer look at extremism within its ranks.

The Office of the Inspector General of the Department of Defense announced Thursday afternoon that it is opening an investigation into the military’s efforts to eliminate “active advocacy and active participation related to doctrine, ideology or to the supremacist, extremist or criminal causes of gangs by soldiers on active service. staff.”

The Department of Defense, in partnership with the FBI, is reviewing members of the National Guard tasked with securing the inauguration, which will take place on Wednesday, over concerns about the possibility of an insider attack, among other threats.

“Although we have no intelligence indicating an internal threat, we are making every effort to secure the capital,” Acting Defense Secretary Chris Miller said on Monday.

“If there is any indication that any of our soldiers or airmen are expressing extremist views, they are either handed over to law enforcement or dealt with immediately with the chain of command,” Gen. Daniel R. Hokanson, head of the National Guard Bureau, told the AP on Monday.

A National Guard Bureau spokesperson told Insider that the Guard currently cannot substantiate the PA report, but added that the National Guard “does not tolerate extremism within its ranks.”