Natural compound known to increase the longevity of yeast, worms and human cells in culture 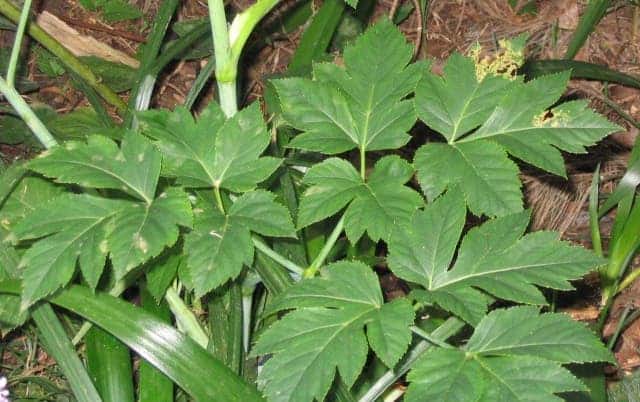 The compound was found in a plant-based plant from Japan. Until now, it has proved effective on yeasts, worms and human cells in culture.

The compound is usually found in a rather discreet Japanese plant. Image credits: sphl / Wikimedia.

Frank Madeo and colleagues at the University of Graz in Austria examined a group of flavonoids, a group of plant-derived molecules known to promote cellular health and associated with a wide variety of potential health benefits . They identified a particular flavonoid, 4,4'-dimethoxychalcone (DMC), as a treatment that can extend the shelf life.

The compound is commonly found in Angelica keiskei koidzumi leaves, a plant also known by its original Japanese name, Ashitaba (which means "leaf of tomorrow"). Ashitaba belongs to the carrot family and has long been used in traditional Japanese medicine. However, its presumed beneficial properties have not been fully demonstrated in living animals – until now.

"In particular, we identify DMC in the plant Angelica keiskei koidzumi, to which longevity and health-promoting effects are attributed in traditional Asian medicine," the researchers write.

They tested it on yeast, worms and fruit flies, thus confirming its potential. They then proceeded to studies on cultures of human cells and mice. Treatment with DMC-protected cardiac cells in mice after prolonged myocardial ischemia (reduced blood flow to the heart) resulting in reduced tissue mortality. Protective effects have been associated with an increase in autophagy, resulting in systemic metabolic changes.

However, this does not mean that you should start eating Ashitaba every day. To begin, the researchers collected DMC and administered the concentrated compound. It's not a new miracle compound, it's not an amazing natural therapy – it's a promising preliminary study, but it's still that: a preliminary study. Prove its effectiveness on yeast and worms is one thing, and turning to living humans is a completely different thing. Even mammalian studies rarely translate to humans and cells in culture are rarely a good substitute – many treatments work in a petri dish without necessarily translating into a living organism.

These observations offer promising potential. The promotion of autophagy can result in an extension of longevity, but further research is needed to confirm all the usefulness and effectiveness of this treatment in humans.