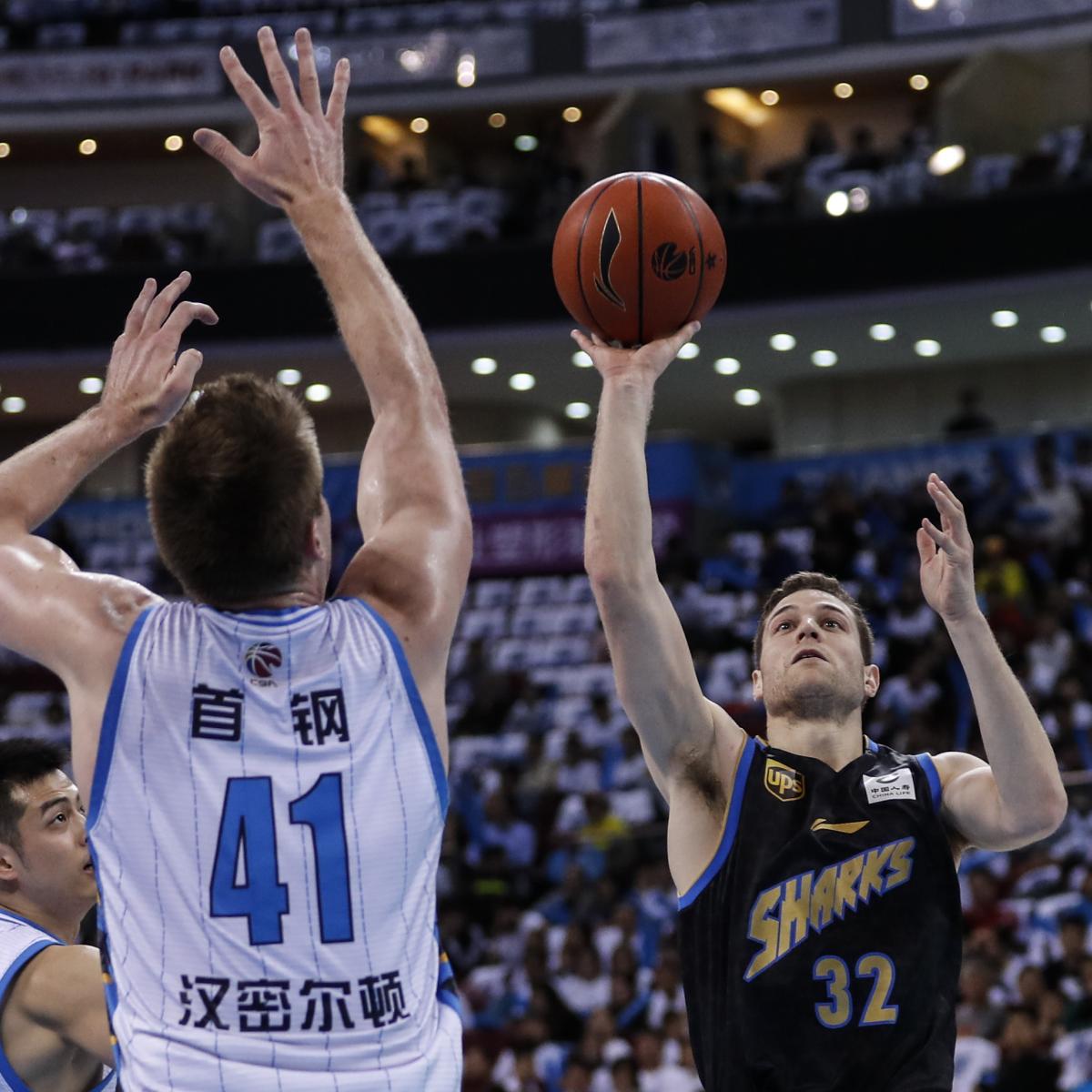 Jimmer Fredette, a former NCAA Division 1 male player, who bounced around the NBA from 2011 to 2016 before joining the Shanghai Sharks of the Chinese Basketball Association, may soon return to the United States .

John Gambadoro Arizona Sports 98.7 tweeted that Fredette would meet the Phoenix Suns on Thursday and could sign a contract for the rest of the season.

Fredette, 30, averaged 6.0 points on 41.2% of her shots in 235 career games for four NBA teams. The former BYU goalkeeper led Division I scoring with 28.9 points per game during the 2010-11 season. The Milwaukee Bucks selected him 10th overall in 2011 and traded it to the Sacramento Kings on milking day.

Fredette has however achieved much more success at the ABC, as evidenced by his 36 points per game this season. This mark is good enough to rank fourth in the league.

The CBA is obviously a considerable level below the NBA level of play, but it has many former professional players, as evidenced by the list of the league's top 100 scorers. It is worth mentioning that the former choice of the first round Shabazz Muhammad, Jared Sullinger, Donatas Motiejunas and Tyler Hansbrough are in China.

The chances are that Fredette is not about to have an average of 36 points per game for the Suns if Phoenix chooses to sign it, but the team does not have much to lose at the moment.

Inking Fredette is a risk free signature. The 17-55 Suns play the chain of a lost season and are destined for a high choice in 2019. Why not hit the tires of a former collegiate and see if he improved after his first stint in the NBA?

If it works, it could be part of the rotation next year, probably with a reasonable salary. Otherwise, the Suns will leave at the end of the season.

Either way, the team may need backing up, especially if right-footed knee Tuns goalkeeper Tyler Johnson prevents him from playing longer than the previous three games. Fredette is a solid option to fill a rotation gap and could be a great story back.