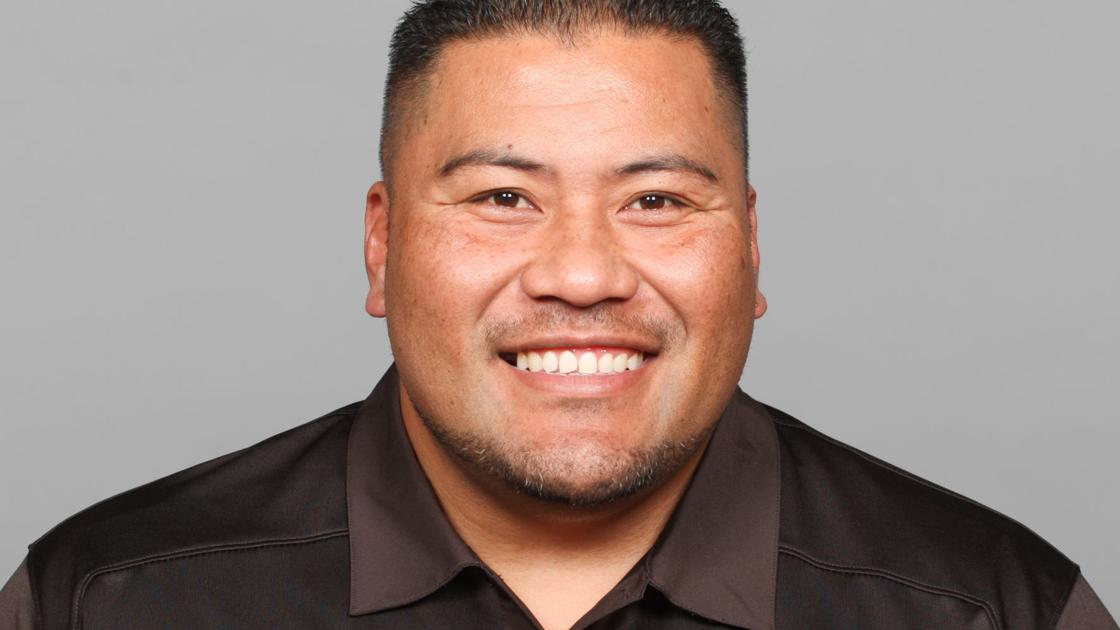 Frost connection: Walters has been the offensive coordinator of Scott Frost for the past two seasons at UCF. They did not coach together until two years ago, but Frost and Walters each spent time in the Pac-12 coaches, Frost in Oregon and Walters in Colorado. Like Frost, Walters also played at Stanford.

What stands out: Walters' work with large receivers. Take Paul Richardson, for example. In the first year of Walters in Colorado (2013), Richardson set a record at the time with 83 catches for 1,343 yards, becoming Buffalo's first catcher since 1997 to win all the honors of the conference. It was Walters and Frost who quickly returned the UCF attack.

Did you know: Walters, who won the Biletnikoff Trophy in 1999, played in 98 games in the NFL with 98 catches for 1,135 yards and nine touchdowns. He also collected 2,594 rushing yards and 1,241 yards returning to the league, while visiting the Vikings, Colts, Cardinals and Lions.

Frost connection: Chinander and Frost led a total of nine seasons together. First two in northern Iowa, then five in Oregon and now the last two in central Florida. In Orlando, Chinander coordinated the Knights' defense.

What stands out: At 37, Chinander quickly rose through the ranks. In 2016, he was a finalist in the Broyles Award, presented annually to the country's best assistant coach. This year, the Knights forced 29 turnovers in 12 games. He is also very familiar with the Big Ten. He comes from Allison, Iowa, and joined the Hawkeyes program in 1998.

Did you know: When Chinander and Frost coached together at UNI in 2007-2008, Chinander trained in offense (tight ends) and in defense Frost (linebacker, co-defensive coordinator). Now, Chinander will call defensive games in Lincoln and Frost will call the offensive.

Frost connection: Austin worked with Frost in Oregon from 2010 to 2012 before following Chip Kelly at the NFL. Frost said this about Austin when he hired her at UCF: "It's essential for me to have an offensive line coach who understands our offensive system." Oregon and the Philadelphia Eagles perfectly match what I'm trying to accomplish – the offensive side of the ball. " Of course, Frost and Austin can both say that they have donned the Scarlet and Cream colors. Austin played in Nebraska from 2003 to 2006 and played in 27 games.

What stands out: Austin had the chance to coach outstanding Eagles linemen, including Pro Bowlers Jason Peters, Jason Kelce and Evan Mathis. Peters and Mathis were All-Pro winners in 2013.

Did you know: Prior to joining the ranks of coaches, Austin held the position of Event Manager at the Walt Disney World Resort's ESPN Wide World of Sports Complex in Orlando.

Frost connection: When Frost arrived at UCF, he restored his staff by turning to the coaches with whom he worked for Oregon and North Iowa. He did, however, keep Beckton, a reserve staff of George O. Leary. Beckton has played a key role in establishing a smooth transition between UCF alumni and new employees. In fact, it's Beckton who landed Frost's first rookie at UCF – the attacking midfielder Adrian Killins.

What stands out: Beckton's comfort level with working for Frost. We are talking about a UCF graduate who has spent his entire life in Florida and has been offered a spot on the staff of Josh Heupel, the new UCF coach. . Still, Beckton is heading to Lincoln. Under the leadership of Beckton, Jordan Akins, the tight team of the UCF, received the honors of the first conference team all year. He also coached Brandon Marshall, who has long been one of the NFL's best underdogs.

Frost connection: Dewitt succeeded Frost as North Iowa's defensive coordinator when Frost left for Oregon. For the past two years, he has been an assistant head coach, linebacker and special team coordinator for Frost at UCF.

What stands out: Frost clearly trusts Dewitt enough to give him several different tasks. Dewitt also has a diverse training background, ranging from St. Norbert, a Division III program in Wisconsin, to NIU, Florida Atlantic, Army, and then UCF.

Did you know: Dewitt has twice been All-American in North Michigan and has played three seasons in the Arena Football League.

Frost connection: The staff of George O'Leary was only one of only two to remember the arrival of Frost in Orlando in December 2015.

What stands out: Fisher will begin his fifth year as a college footballer because after graduating he had an eight year career in the NFL. A second-round pick in 2002, Fisher played five seasons with the St. Louis Rams, two with the Detroit Lions and one with the Seattle Seahawks.

Did you know: Fisher has experienced the ups and downs of college football in his young career. He was part of the UCF staff for a 12-1 season, a 0-12 season and a 12-0 season.

Frost connection: Detained under the same title at UCF these past two seasons, he has also played with Frost for two seasons in Nebraska. Held in Nebraska from 1993 to 1996. He was a student assistant in 1997 when Frost and the Huskers won a third national in four seasons. Under Held's watch, UCF has covered nearly 2,500 yards in the past season, while back-to-back Adrian Killins averaged 6.8 yards per run.

What stands out: His experience as head coach. Held was head coach at several NAIA and Division II schools, including one season in the state of Peru. He landed the job in Peru at the age of 26, making him the youngest head coach in the country in 2001.

Did you know: Held was part of the consecutive national title races to start his coaching career. Nebraska won the title in 1997 and Held was a graduate assistant in Tennessee when the Vols won a national title the following season under Phillip Fulmer.

Frost connection: Ruud has been on Scott Frost's staff for the past two seasons at the UCF as a defensive quality control coach. When Ruud was hired, he recalled being a Lincoln high school student who "attended every game at which he (Frost) played as a quarterback".

What stands out: Ruud is considered one of the best linebackers in the history of the UN, ending his career with a school record of 432 tackles. He was an All-American freshman, a three-time All-Big 12 pick and a third 2004 team.

Did you know: Ruud was an NFL draft pick in the second round in 2005 and played eight seasons in the NFL, the first six with the Tampa Bay Buccaneers. He has also played for Tennessee, New Orleans and Houston.

Freeze connection: Considered as veterans of the staff, Verduzco and Frost met in northern Iowa, where Frost was a defense assistant and then a defense coordinator. When Frost was hired as the UCF head coach, he turned to Verduzco to lead the quarterbacks. Verduzco was one of the first assistants hired by Frost at UCF.

What stands out: You do not have to dig to see what quarterbacks can do under Verduzco's supervision. McKenzie Milton has just led UCF to a 12-0 season. He completed 63% of his throws for 5,284 yards and 43 touchdowns in two seasons. Milton completes 70% of his passes this year and is a semi-finalist for the Maxwell and Walter Camp Awards.

Did you knowVerduzco coached four quarterbacks who subsequently played in the NFL.

Frost connection: Frost and Duval come back. Duval was an assistant to the UN force reinforcement program when Frost played quarterback here. He was assistant graduate in 1995-1996 then assistant coach in force from 1997 to 2002.

What stands out: Duval is considered to be at the forefront of strength and fitness in university athletics. He focuses on sleep and nutrition, and has developed a strong relationship with many UCF players during his two years there.

Did you know: In 2002, Duval founded Xplosive Edge in Omaha. His brother, Gibbie, now owns and operates the business.