New McDonald's Drive-In Menu will change based on AI recommendations 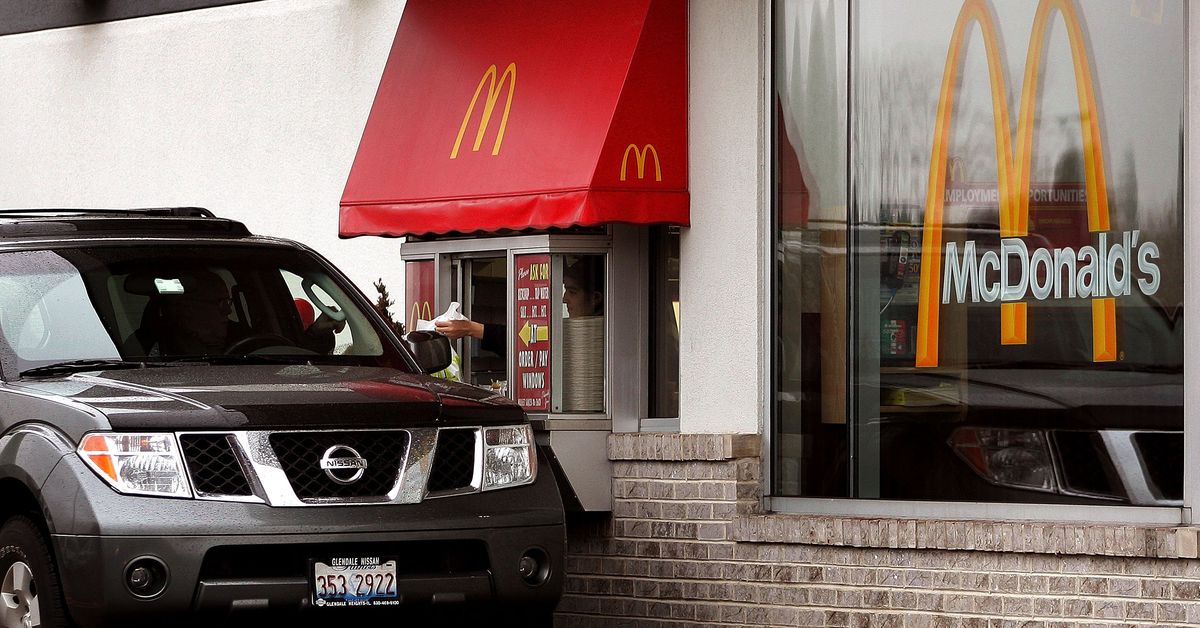 Significant, perhaps strange, changes are made to the driving service of your local McDonald's.

On Monday, McDonald's made its first major change in technology and the largest acquisition since its acquisition of Boston Market in 2000. The company has spent $ 300 million to acquire Dynamic Yield, a New York-based startup that uses artificial intelligence to "personalize the customer experience" – compile data on how individuals make their buying choices of sandwiches and sodas and use them to predict how other individuals will do them.

Then, the digital menu displays will make very specific adjustments, store by store. So hypothetically, if the McDonald's located next to a high school is experiencing a regular rush of teenagers after the basketball game, its menus could learn it with the Time and start highlighting the Dollar Menu and Combined Offers – fat calories for your money and your young metabolism!

"Decision-making technology" will first be used in the exterior menus of the McDonald's driving service, where it will analyze buying habits according to the weather, traffic, traffic and weather conditions. 39, time of day and "trend menu items", and then instantly reorganize the display as needed. a more desirable combination of objects. (In 2015, McDonald's used a more rudimentary technology to launch an experiment with weather-based menus, highlighting McFlurries when it was hot, lattes when it was cold, etc. and saw a small increase in sales.)

When it is eventually integrated with the self-service kiosks and the McDonald's app, it will also be able to make suggestions for additional information based on the AI, depending on what the customer has already chosen. (For example, if you add something super salty to your order, you may also want a soda.)

In a press release, Dynamic Yield describes "a unified view of the customer, enabling the fast and scalable creation of highly targeted digital interactions." Michael Provenzano, CEO of advertising technology company Vistar Media, told Adweek that retailers are increasingly viewing screens as virtual store shelves and want to know "the audience behind this screen" to "change that." which is displayed based on history of previous purchases or travel patterns.

In less clinical terms, this McDonald's initiative is one of the largest (but certainly not the first) integration of machine learning into a classic retail environment. Last month, Walmart bought the Israeli start-up Aspectiva artificial intelligence for its language processing technology, to help it analyze millions of customer reviews at once. Last spring, Nike acquired the data analysis company New York Zodiac and the Israeli start-up Invertex, specializing in computer vision, to develop its technical team and create your application and flagship store focused on personalization. Nordstrom has two startups in artificial intelligence. H & M has a complete venture capital fund that allows it to invest in similar companies.

All this is part of the amazonization of physical retail and proves that traditional methods of storing inventory and guessing the customer's wishes no longer reduce it. While this change is not necessarily alarming in the same way that Walgreens' decision to install freezer doors to track customers throughout the store and serve them personalized advertising, it may be a sign before -coureur of a monitoring of the permanent physical space.

After all, McDonald's has 38,000 stores and serves 68 million customers every day, representing almost 1% of the world's population and much more than a representative sample. You can imagine that regular logging of how they buy, eat, pay and interact with screens and servers would eventually become a pretty interesting dataset. You can also imagine that it would be nice to see an offer for a cheap latte and a can of cinnamon pasta on rainy days.