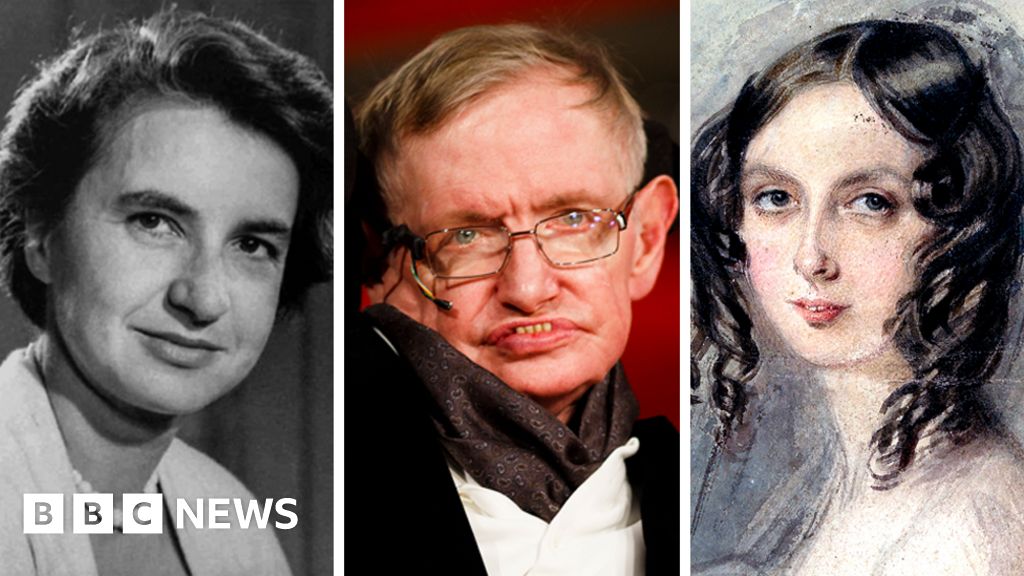 The Bank of England has published a list of scientists appointed to appear on the new £ 50 note.

To be on the list, the person must be real, deceased and have contributed to the field of science in the UK.

The late Baroness Thatcher studied chemistry at the University of Oxford. After graduating, she joined the British Xylonite Plastics in 1947. Two years later she joined J. Lyons & Co in Hammersmith, West London, as a chemist specializing in research on food. garnishes and ice cream, writes the biographer Hugo Young.

The politician was credited for inventing soft ice cream – a product Lyons has worked on – but there is no solid evidence that Thatcher directly contributed to his invention, "according to an article from the Royal Society.

Bookmakers William Hill have Stephen Hawking as current favorite, with a rating of 7/4, followed by chemist Dorothy Hodgkin, Nobel laureate, 4/1.

Ada Lovelace, Alan Turing and Alexander Fleming have a 5/1 rating and Rosalind Franklin, who has greatly contributed to the understanding of the DNA, is at 6/1.

Other names will be considered until the closing of the nominations on December 14th.

The decision will then be reviewed by the Bank's Advisory Committee on the Nature of Bank Notes.

The definition of eligibility for this list is quite broad at the moment, but stricter criteria will probably be applied once the names have been examined by the Bank's committee.

Thus, while Margaret Thatcher makes a considerable contribution to political life, it remains to be seen whether the committee will judge her as an equally important scientific personality.

Some observers think that his name does not belong to the stricter definition of the scientist. But a broad definition of eligibility could help promote some personalities neglected by the institution during its lifetime, such as Mary Anning, who, without formal qualifications, helped document important fossil discoveries in the south of the country. England.

Those who hope to have strong female rivals will find their account on the list. But there are also inclusions that highlight the contributions of ethnic minorities and immigrants to British science.

Nominations may include anyone who has worked in any scientific field, including astronomy, biology, biotechnology, chemistry, engineering, mathematics, medical research, physics, technology or zoology.

There are currently 330 million GBP outstanding, with a total value of GBP 16.5 billion, the bank said.

A year ago, it was doubted that the £ 50 bill would continue to exist.

Fears that the most important note was widely used by criminals and rarely for ordinary shopping sparked a government discussion about the need to abolish it.

Peter Sands, former managing director of Standard Chartered Bank, described the £ 50 bill as "the currency of corrupt elites, crimes of all kinds and tax evasion".

Nevertheless, in October, the ministers announced that they were planning a new version of the note printed in the UK, which would be plastic, so more durable, safer and more difficult to forge.

The pioneers of steam engines, James Watt and Matthew Boulton, appear on the current price of £ 50 published in 2011