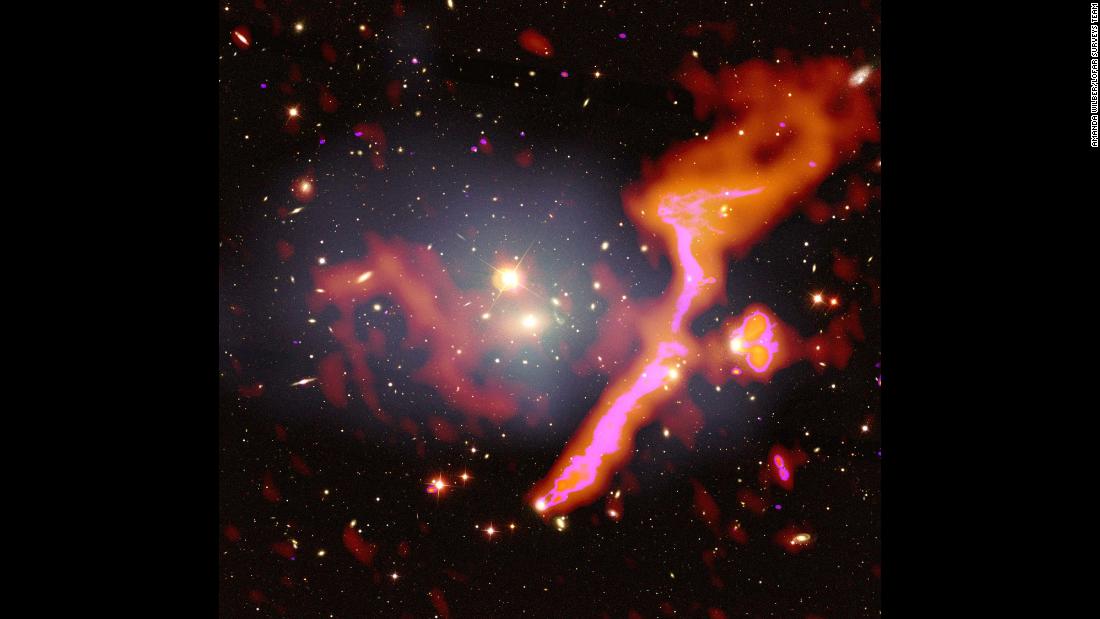 More than 200 astronomers from 18 countries have created a sky radio study using the low frequency telescope, called LOFAR. The first phase of this major survey was published this week, with 26 research articles describing the findings, in the journal Astronomy & Astrophysics.

LOFAR is an extremely sensitive radio survey, mapping the sky with fine detail. It is operated by ASTRON, the Netherlands Institute of Radioastronomy. During the first phase, LOFAR used low-frequency radio to observe about a quarter of the northern hemisphere's sky.

Radioastronomy is another way to reveal the secrets of the universe that optical light can not.

Radio signals from 300,000 sources appeared, almost all of them galaxies. But the researchers also could see black holes, observe the evolution of clusters of galaxies and measure magnetic fields.

Astronomers hope to use LOFAR to determine the origin of black holes by examining the jets of materials they release, which are visible at radio wavelengths.

"LOFAR has a remarkable sensitivity and it allows us to see that these jets are present in all the most massive galaxies, which means that their black holes never stop eating," said Philip Best one of the study's authors and professor at the School of Physics and Astronomy at the University of Edinburgh, in a statement.

The clusters of galaxies look like a mass of stars but are actually groups of hundreds or even thousands of galaxies. Sometimes two galaxies merge, creating radio emissions that can span millions of light-years, probably due to particles accelerated by fusion.

The radio observations allow astronomers to detect this radiation, caused by an energy shock, and to understand how it is formed, according to Amanda Wilber, doctoral candidate at the University of Hamburg. But that also sheds light on something else.

"What we're starting to see with LOFAR is that, in some cases, clusters of galaxies that do not merge can also show this show, albeit at a very low level and until then undetectable. learns that, in addition to fusion events, there are other phenomena that can trigger particle acceleration on a very large scale, "said Annalisa Bonafede, Associate Professor in the Department of Physics and Physics. Astronomy of the University of Bologna.

"The unprecedented precision of LOFAR measurements has allowed us to measure the effect of cosmic magnetic fields on the radio waves of a giant galaxy radio 11 million light years away." This book shows how we can use LOFAR to better understand the origin of cosmic magnetic fields, "said Shane O. Sullivan, professor at the University of Hamburg, in a statement.

But the process of producing beautiful images of these distant galaxies from data takes not only time, but power. LOFAR collects so much data that scientists have had to process about 10 million DVDs.

They were able to use the supercomputer and data center of SURF, the Dutch Collaborative Organization for Information and Communication Technologies, to process the dataset in one year, which would have taken centuries with an ordinary computer.

"These images are now public and will allow astronomers to study the evolution of galaxies with unprecedented details," said Timothy Shimwell, an ASTRON staff member, in a statement.

The 26 articles published this week cover only the top 2% of the sky. The team hopes to have images of the entire northern sky, which would contain 15 million radio sources. The researchers believe that these signals will reveal the first massive black holes that formed during the early childhood of the universe.