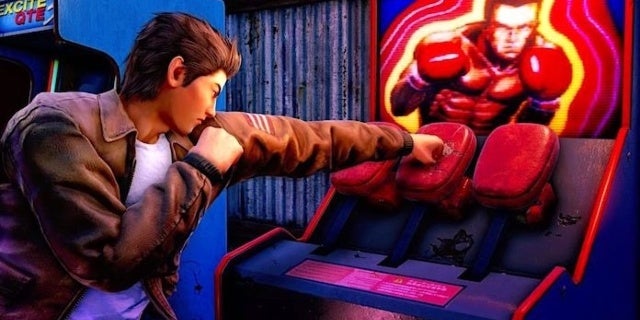 Today, to cap off his panel at the international conference of anime game in Monaco (MAGIC), Ys Net has unveiled a brand new Shenmue III trailer.

The trailer is primarily a cinematic and a heavy story, but there are some insights into the fight alongside a variety of characters that players will encounter during their journey.

In addition, in a new update of Kickstarter, it is revealed that the development of the game "progresses regularly" and that Ys Net hopes to show up sooner. You would expect that a new trailer of the game will appear at E3 2019 during the media presentation of Sony Interactive Entertainment, but with PlayStation in the process of passing it, Shenmue III will probably jump too, unless it comes to the presentation of PC Gamer.

At the time of publication, no Nintendo Switch port or Xbox One port has been announced, but none has been excluded either.

For more important news and media on the upcoming action-adventure game, be sure to read all the previous covers of this highly anticipated title by clicking here. For more information on the game itself, here is a brief speech from Ys Net's elevator:

"Shenmue III sees the sequel to the epic saga focused on history. The player controls teenage martial artist Ryo Hazuki as he investigates the murder of his father.

"Players must explore the open world of the game, search for clues, examine objects and address non-player characters to obtain information, take them further into enemy territory, more into the mystery and more. close to their destiny. "

As always, do not hesitate to leave a comment to tell us what you think. How is the new trailer? Are you going to get this one when it comes out in August?