New Trailers: Hobbs & Shaw, Big Little Lies, When They See Us, and More 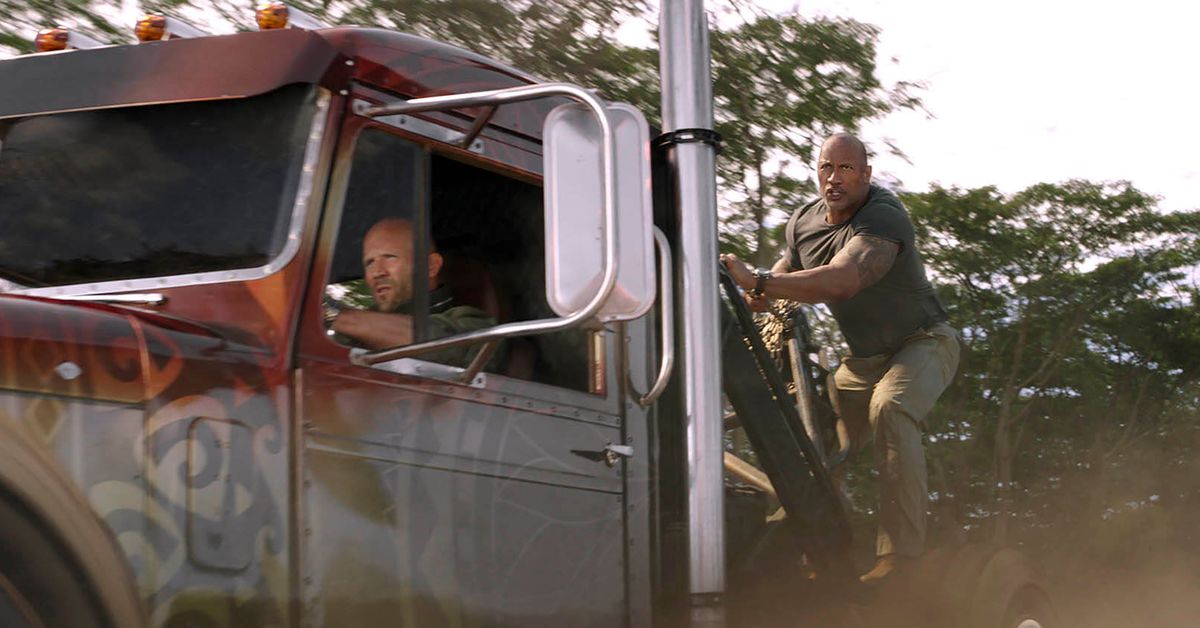 I watched Guava Island Last weekend, I was really curious to see what was this mystery project that Donald Glover, Rihanna and Hiro Murai had put together. As a person who watches almost every existing trailer, it was good for once to shoot in a movie without almost understanding what I was about to get, since the teasers of the movie did last only a few seconds.

The film is somewhere between an extended music video and a movie that involves plays. There's a very amusing cover of Murai and Glover's "This is America" ​​video, a beautiful sequence of Glover and Rihanna dancing on a pier, and some charming moments between it all boils down to Glover being a super charming guy and a great outsider hero.

The film is not really interested in building one way or the other – a musical video or musical film. It tells a basic story, shows beautiful pictures, plays music and leaves. Stereogum described as being only an echo of a classic Brazilian drama, while Fork calls it "a very long advertisement for Childish Gambino songs". At least, it's a pretty song.

Check out 11 trailers this week below.

I never understood the Fast furious series, but it would be hard not to understand that. The only thing Hobbs & Shaw takes seriously, it's a total blast, and every moment of this trailer – which is a minute longer than a regular trailer – is a fun, captivating and out-of-the-box movie. He leaves on August 2nd.

After the success of its first season, HBO has found a way to bring back Big little lies for more – and at the very least, adding Meryl Streep to the cast seems like a very good start. He made his debut on June 9th.

When they see us

Here is a beautiful devastating trailer for When they see us, Ava DuVernay's four-part series on Central Park Five, a group of black and Latino teenagers who have been wrongfully sentenced to rape. The series is particularly timely given the incendiary crusade around the project of real estate developer Donald Trump and his persistent refusal to accept their innocence. The series begins on May 31st.

I've seen someone joke on Twitter about new multi-million dollar footage before Fox can create a consistent picture. Dark Phoenix trailer. In all fairness, I barely saw one of the X Men movies, but it's really the first trailer I could follow completely. He leaves on June 7th.

Amazon is adapting a series of comics to a world where superheroes are corrupt and selfish and where a group of guys decides to teach them a lesson. This is a nice variant, although the series seems to strangely exploit the critical elements for brutal humor and bloody fighting. He leaves on July 26th.

Broad CityArturo Castro receives his own series of sketches on Comedy Central. The network has featured iconic skits (as well as many less iconic shows) over the years, as well as its latest major series of comedy sketches, Key & Peele, completed in 2015. It now seems that the network is trying to resume the same style of comedy very energetic and culture-oriented and let Castro use it to explore the experience of a Latino immigrant to United States. The show begins on June 18th.

I like that this trailer starts with a snapshot of a favorite place where many teens … share bags of potato chips? Anyway, here's the new trailer of A child's game reboot, giving Chucky a high tech edge and fully exploiting the growing fears of our smart homes. He leaves on June 21st.

It's a bit like Bojack Cavalier, but with Tiffany Haddish and Ali Wong, which seems to be a winning formula. The show starts on May 3rd.

It sounds a lot like "Hey, if Allison Williams was doing this thing get out but in a more traditional way, as in horror movies, "but there's also a certain extent to which, if you're looking for a very scary movie, it really looks like a winner." He goes out on May 24th.

The grass is greener

Fab Freddy 5, the former host of Yo! MTV Raps, among other things, directs this documentary on the history of the weed in America and the racist dynamics that shaped its reception. Freddy sits with Snoop Dogg, Mike Killer and more to tell the story. Obviously, he is going out today.