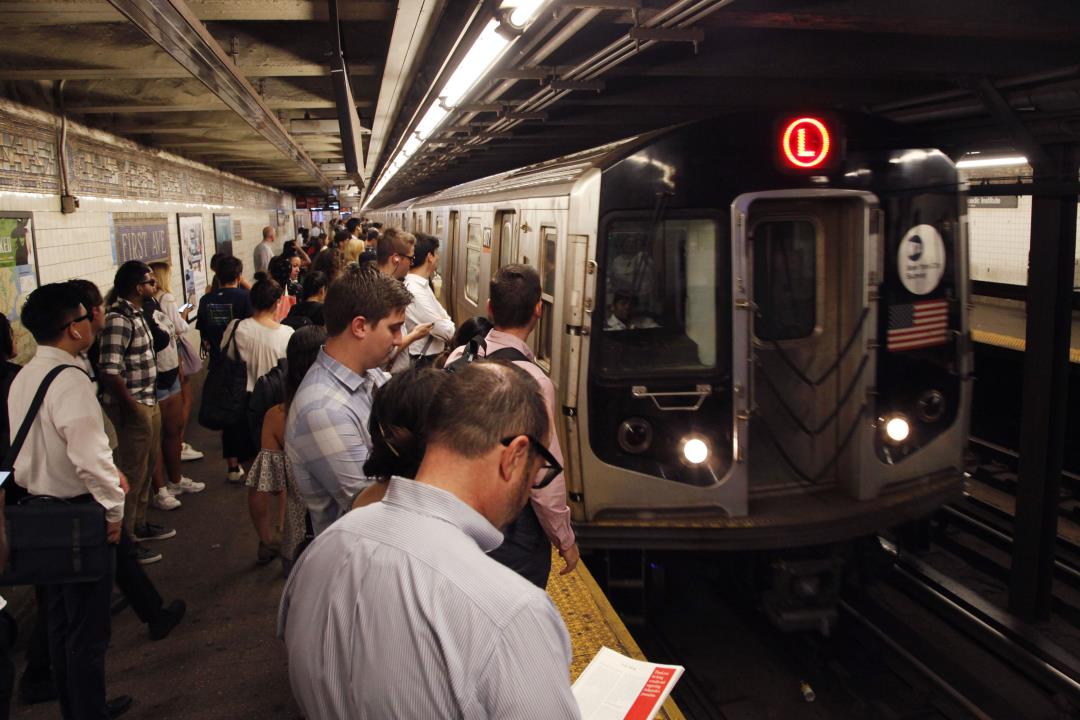 (Newser)
–
Commuters crammed onto a subway platform at the Grand Central Terminal in New York City witnessed a horrific scene Tuesday as a man was snapped up by a bandwagon and dragged into a tunnel. The unidentified 39-year-old man was walking around 19:20 on the yellow warning line at the edge of the wharf when his clothes or the shoulder strap of his bag were caught in a moving train, the newspaper reports. New York Times. Citing a law enforcement official, the newspaper notes that a surveillance camera captured the moment when the man was dragged, threw himself against a staircase, and then shot into the tunnel.

The man struck an electrical box on the track, which triggered a lightning and alerted the train operators Time and WABC. Found with a "serious trauma to the body", he was declared dead when paramedics arrived, police said. By the TimeThere have been nearly 900 incidents of people being on subway tracks or hit by a train in New York in 2017. Some of these people were intoxicated, had urinated or had dropped something . Police investigate whether alcohol was a factor in Tuesday's tragedy, reports New York Post. As a result, service on Line 7 was suspended for several hours, according to NBC New York. (A young mother died on a New York subway platform last month.)