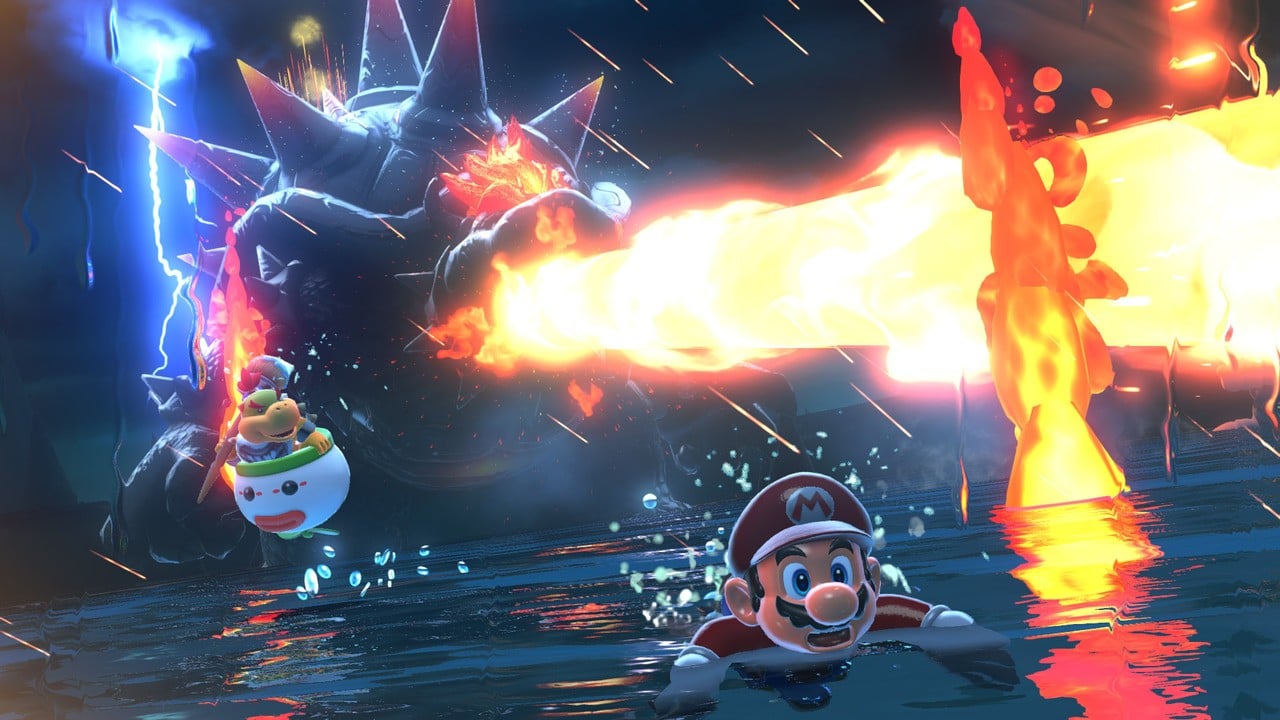 Earlier this week, Nintendo gave fans a two-minute preview of the new Bowser’s fury add-on in the Switch version of Super Mario 3D World. Since then, we’ve all wondered why Bowser is so crazy.

The UK Nintendo website has now revealed how it has in fact been marred by a “mysterious black goop” that forces Mario and his unlikely companion (Bowser Jr.) to cross a series of islands on Lake Lapcat.

Together, they must collect the Cat Shines, harness their power and stop this new “terrifying” form of Bowser.

Something bad has happened to Bowser. He has been contaminated by a mysterious black goop, transforming him into a gigantic monster doomed to total destruction!

It’s up to Mario and an unlikely companion to travel through a series of islands on Lake Lapcat, collect the mysterious Cat Shines by completing different platform challenges, and harness their power to stop the terrifying Fury Bowser. .

With his daddy transformed, Bowser Jr.’s only hope of saving his father lies with his greatest enemy. Piloting his Koopa Clown Car, the young prince joins Mario in his quest, copying all of his moves, helping him eliminate enemies and uncovering bonuses and other secrets that will help you.

Pass a Joy-Con to a friend and play in local co-op, with one player taking control of the little tyke directly to help you hunt the Cat Shines.

As you play through this additional content, you will need to keep an eye out for the “Fury Sun”. When the weather changes, be careful!

As you search the Cat Shines up and down, the evil-looking Fury Sun slowly rises from the lake, near the island you are currently on.

When the weather suddenly changes from sunny to stormy, it’s time to move on, because Fury Bows is almost here! Once it emerges from the Fury Sun it will summon meteors from the sky and send devouring rays of fire at you – so take cover!

If you’ve collected all the Cat Shines, you’ll be able to take on Bowser as Giga Cat Mario:

While you can expect devastation, you are not totally helpless. If you’ve collected five Cat Shines on an island, it’s time to activate the awesome power of the Giga Bell! This gargantuan super bell turns Mario into Giga Cat Mario, meaning he can fight Fury Bowser in a truly titanic battle.

Defeat Fury Bowser in your massive feline form and he’ll be sent back into the water, unlocking new islands for you to explore. Don’t spend too much time celebrating your victory, because it will come back …