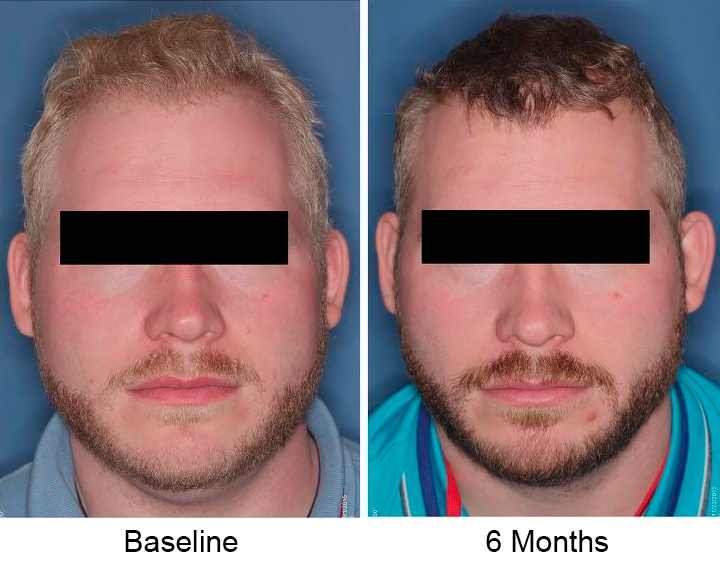 A small pilot clinical study at the National Eye Institute (NEI) suggests that the drug nitisinone increases melanin production in some people with oculocutaneous albinism type 1B (OCA-1B), a rare genetic disorder causing skin and hair pale and weak vision. An increase in melanin may help protect people with this disease from the sun's UV rays and help develop normal vision. The results of the study were published in JCI Insight. NEI is part of the National Institutes of Health (NIH).

"Because the most important vision problems for people with albinism occur early in the development of the eye, our ultimate goal is to work with infants," said Brian Brooks, MD, Ph.D. .D., Clinical director of NEI and lead author of the study. . "The purpose of this pilot study was to determine if nitisinone was safe and if we could pick up a signal that the drug was acting."

Oculocutaneous albinism (OCA) is a rare hereditary disease caused by gene mutations necessary for the manufacture of melanin, a dark colored pigment found in hair, skin and skin. eyes. In the United States, the most common form of OCA is OCA-1, which is caused by mutations in the gene that codes for the tyrosinase enzyme. The function of tyrosinase – the breakdown of the amino acid tyrosine into its components – is essential for the production of melanin. People with OCA-1B, like those who participated in this study, have some tyrosinase, but it works poorly. People with OCA-1A do not have tyrosinase. About one in 17,000 people worldwide have some form of COA.

The study followed three women and two men for 18 months, including 12 months with a daily oral dose of 2 mg nitisinone and another six months without medication. During nitisinone treatment, most of the study participants experienced a slight darkening of the skin and hair. The skin of a participant was slightly darkened after exposure to the sun. However, the researchers were unable to detect clinically significant changes in ocular melanin or visual acuity. Brooks and his colleagues hope that subtle changes in the eye will be more apparent with improved imaging of the iris and in younger patients.

Nitisinone increases the concentration of the amino acid tyrosine in the blood. Brooks believes that higher levels of tyrosine help stabilize the mutated tyrosinase and make the enzyme more effective. Previous Brooks studies have shown that nitisinone has no effect on OCA-1A, where there is no tyrosinase to stabilize, and on OCA-3, where a different part of the melanin pathway is affected. His team does not intend to continue this medication. for patients with these forms of albinism. Nitisinone is approved by the US Food and Drug Administration for a rare metabolic disorder called tyrosinemia, which can cause liver and neurological problems.

"We are evaluating OCA-2 and OCA-4 in mice, and we hope this drug will have an effect," Brooks said. In the meantime, he hopes to launch a new, larger trial of nitisinone for adolescents with OCA-1B.

"Melanin is crucial for normal visual development during early childhood, but the eye continues to develop and change throughout childhood and up to adolescence," said Brooks. For this reason, Brooks believes that nitisinone may improve iris pigmentation and visual acuity in adolescents and may have a greater effect in young children with OCA-1B.

On February 28, the NIH will recognize Rare Disease Day, created in 2008, to raise awareness about rare diseases and the unique challenges faced by patients and their families. In the United States, a disease is considered rare if it affects less than 200,000 people, or about one in 1,700 people. About 80% of rare diseases are caused by hereditary genetic abnormalities, and many of them like the OCA, do not have effective treatments. NEI is committed to supporting basic and clinical research on rare diseases that affect vision.

The clinical study (NCT01838655) was funded by the intramural program of NEI.

About the National Institutes of Health (NIH):
The NIH, the country's medical research agency, has 27 institutes and centers and is part of the US Department of Health and Human Services. NIH is the lead federal agency that conducts and supports basic, clinical and translational medical research. She studies causes, treatments and cures for common and rare diseases. For more information on NIH and its programs, visit www.nih.gov.