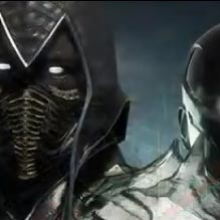 Showing slides during the Fatality creation process, Noob Saibot's works were accidentally displayed on the stream.

During the panel, a gameplay trailer allowed us to take a first look at what the character can do. As expected, Noob is fighting with his double shadow.

This returning character uses a fake weapon in combat and offers several classic moves that fans can easily recognize.

Noob has special moves, including his slip, where his doubled runs quickly to the opponent and hits down, as well as his teleporter uppercut.

The trailer also gave us a glimpse of Noob Saibot's Fatal Blow and one of his Fatalities. Each incorporates his double shadow working at his side to inflict maximum pain.

Mortal Kombat 11 will arrive on PlayStation 4, Xbox One, PC and Nintendo Switch on April 23rd.