Not a single Republican voted to advance the stimulus plan 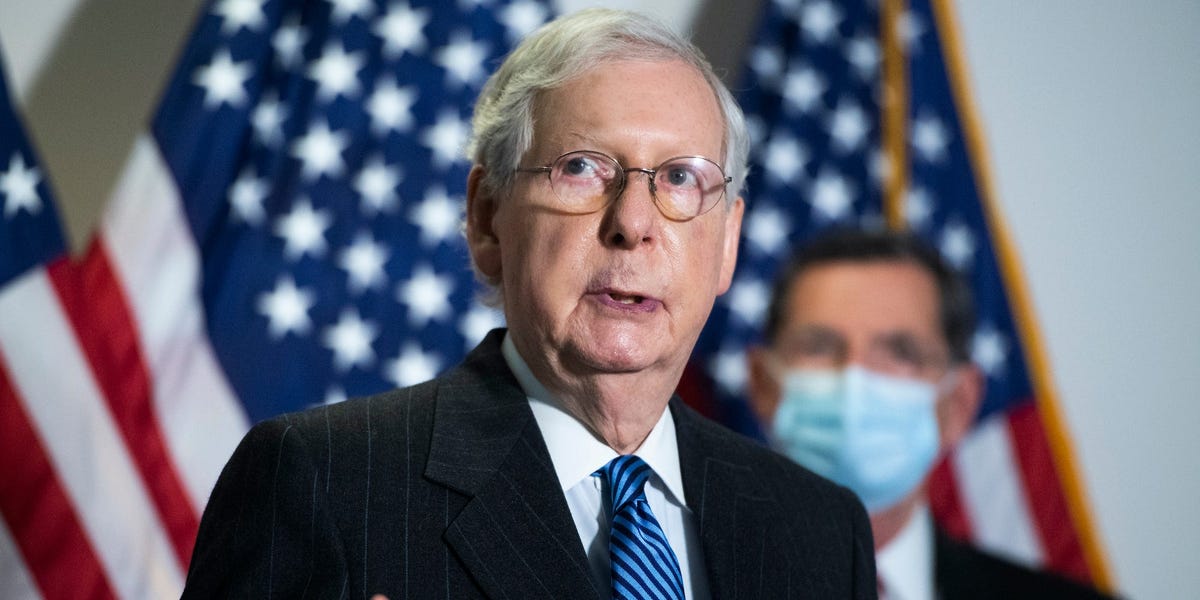 In a strict party line vote, the Senate’s 50 Democrats voted in favor of a budget resolution to speed up the aid package through Congress without Republican backing. Forty-nine Republicans voted against the resolution. Senator Patrick J. Toomey, a Republican from Pennsylvania, did not vote because he was delayed by snow.

The phrase “No Republicans” was trending on Twitter after the vote.

“We are not going to dilute, procrastinate or delay,” said New York Senator and Senate Majority Leader Chuck Schumer. “There is nothing in the process itself that prevents bipartisanship.”

The package on the line includes a series of $ 1,400 stimulus checks for most Americans, $ 350 billion to state and local governments, an increase in federal unemployment assistance to $ 400 and a proposal to increase the federal minimum wage at $ 15, among other aids.

The four measures turned out to be points of friction between the two parties.

Republicans want checks capped at $ 1,000 and have demanded that they be issued only to people earning less than $ 50,000 a year. They say the money for state and local governments is unnecessary and did not include any local funding in their counter-offer. They want the current federal unemployment assistance to stay the same and continue until June. Biden’s plan sees it expanded and extended through September. And while some Republicans support increasing the federal minimum wage, few want it to reach $ 15.

The bill also includes $ 130 billion for the reopening of schools, a major expansion of the child tax credit, $ 50 billion for testing for COVID-19, and $ 20 million for a national immunization program in partnership with states, localities and tribes.

The 50-49 vote on the progress of the package launches the process of budgetary reconciliation in the Senate. This would allow Democrats to push through Biden’s plan with just 51 votes, instead of the 60-vote supermajority usually required for bills.

The GOP’s united opposition to the resolution comes after Biden hosted Republicans on Monday to discuss the party’s $ 618 billion counter-offer.

“[Biden] Majority Leader Chuck Schumer said at a press conference on Monday. “He said he told Republicans in the Senate that the $ 600 billion they were proposing was far too small.”

According to the New York Times, some Republican senators viewed Biden more receptive to compromise than his staff or Schumer at the meeting.

“They have taken a completely partisan path,” Kentucky Senator and Minority Leader Mitch McConnell told The Times of Senate Democrats.

McConnell used the reconciliation to pass the two tax cuts during his tenure as majority leader. He also used the measure in an unsuccessful attempt to repeal the Affordable Care Act.

Senate Democrats could approve the resolution as early as Friday.

According to Roll Call, the House will vote on its nearly identical measure on Wednesday, then will have to vote again on the final passage of the joint measure after the Senate makes additions.