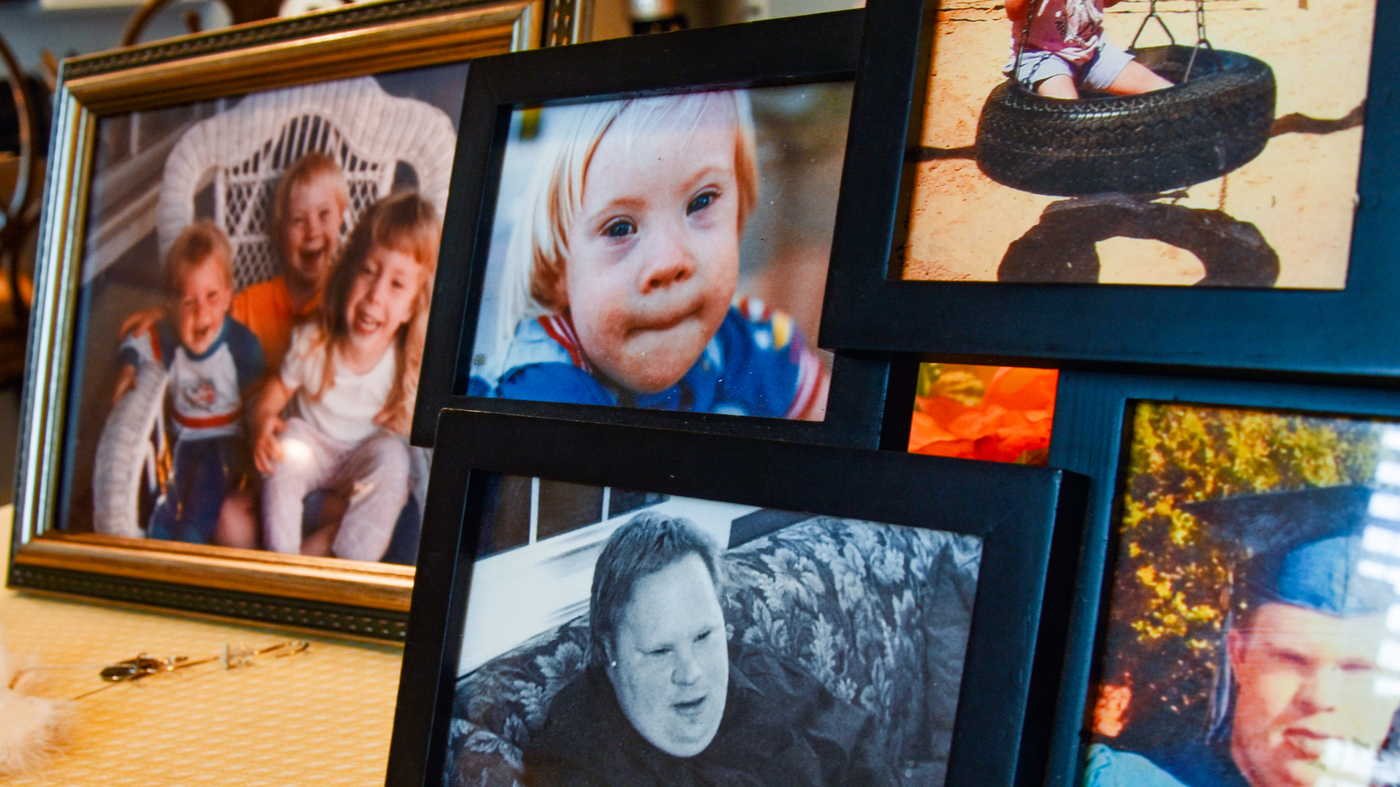 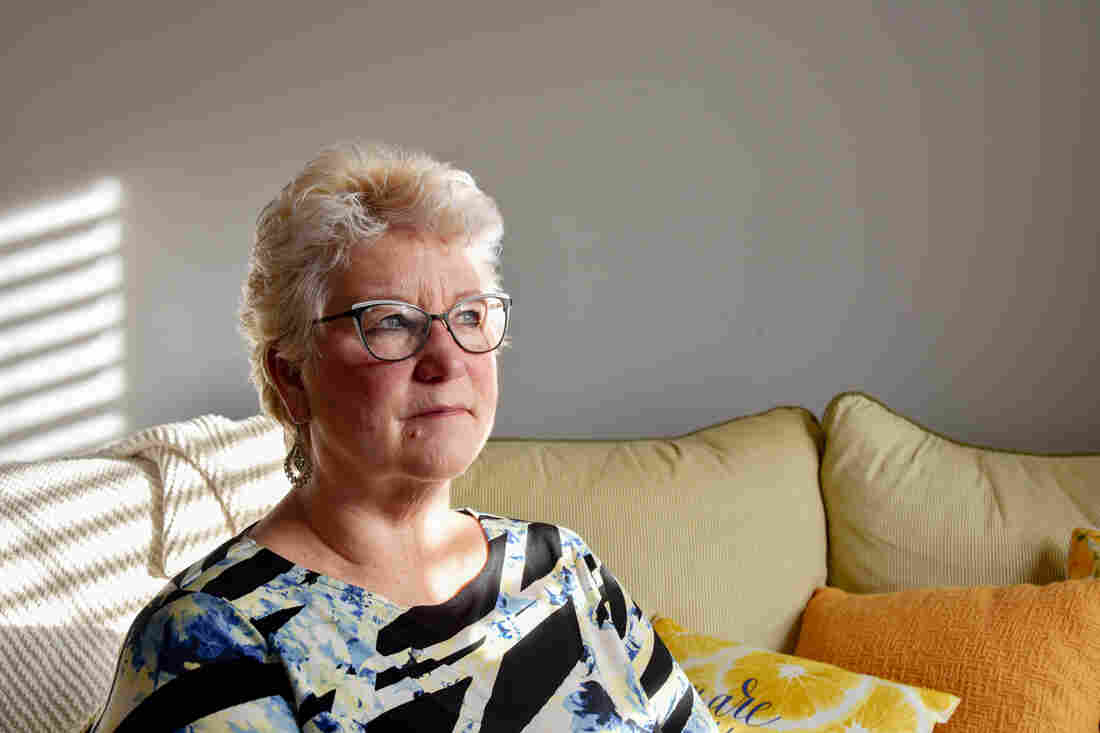 Patti Saylor said that after the death of her son Ethan in 2013, she realized that the police needed more training to work with people with a developmental disability or intellectual disability. 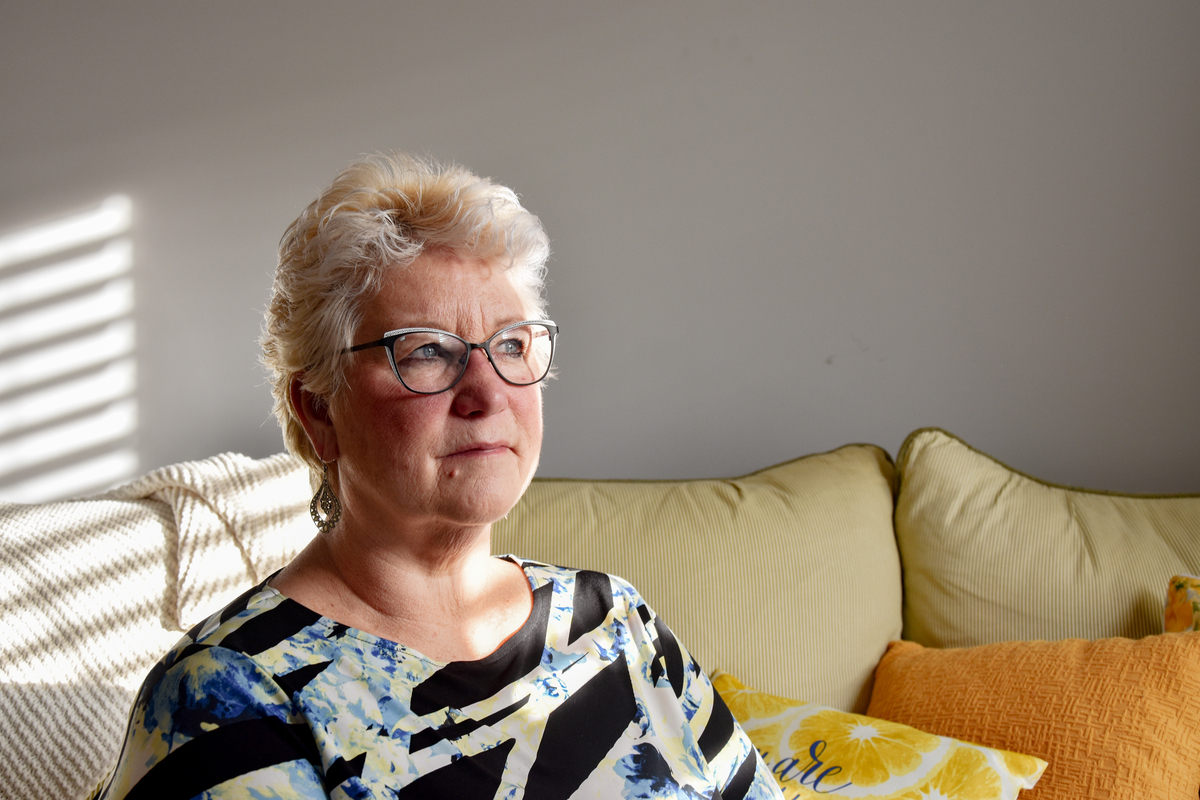 Patti Saylor said that after the death of her son Ethan in 2013, she realized that the police needed more training to work with people with a developmental disability or intellectual disability.

Working with people with an intellectual or developmental disability, such as Down syndrome or autism, can be complex and difficult, even for people with years of training. But a group – the forces of order – often meets people with these conditions in very stressful situations, with little or no training at all.

Patti Saylor knows all too well what the consequences may be.

His son Ethan, who has Down syndrome, died after meeting with law enforcement at the age of 26. It's a tragedy that could have been avoided.

Three sheriff's deputies, who worked as security guards, confronted him.

"He did not cooperate, of course," says Patti Saylor. "He did not want to leave, at this point, I think, he would not know what was going on."

According to a civil lawsuit filed by Ethan's parents, the deputies "tried to get him out of the theater" and Ethan "was found on the ground with at least one deputy on him". MPs said Ethan had been asked to leave before taking him by the arms. They denied any misconduct in the case, which resulted in a settlement last year.

There, on the floor of the cinema, Ethan stopped breathing. He was later pronounced dead at a local hospital. His death, due to asphyxiation, has been described as homicide. Frederick County grand jury acquitted the criminal charges of MPs.

Since then, Patti Saylor has struggled to change the way law enforcement officers are trained when they meet people like Ethan. She says families like hers – with first-hand knowledge – have a unique perspective.

"We know something that the police do not know," said Patti Saylor. "I felt we needed to teach them and then hold them responsible." 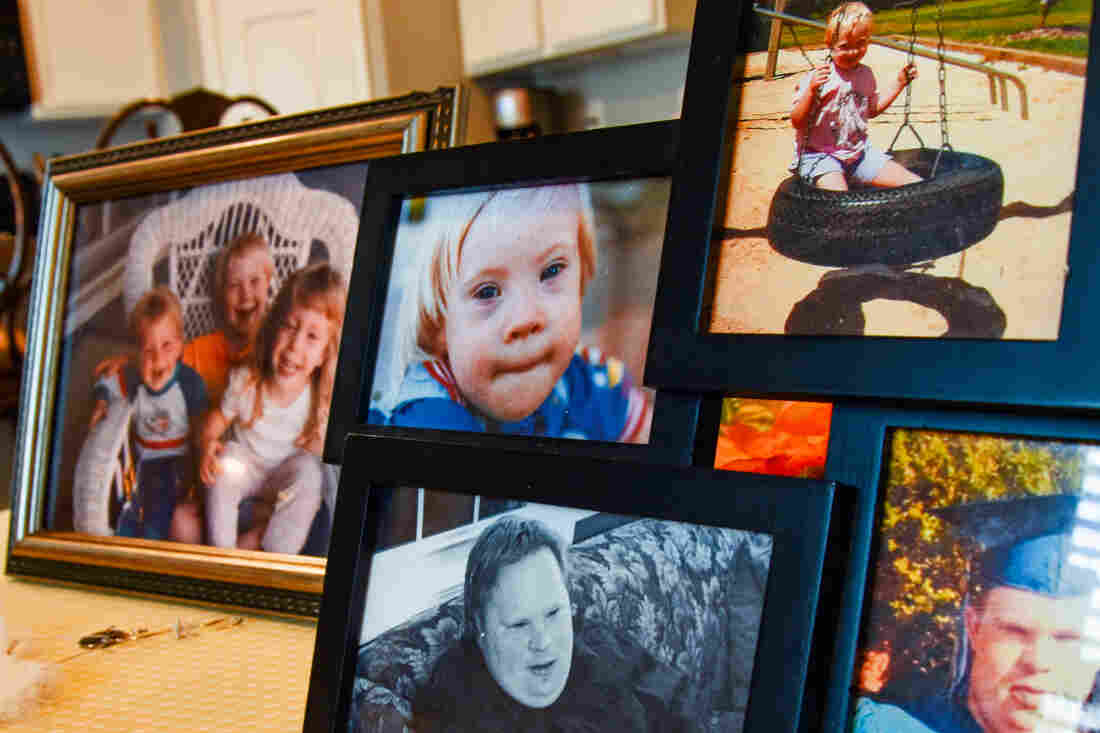 Photos of Ethan Saylor are posted on the kitchen table of his mother. 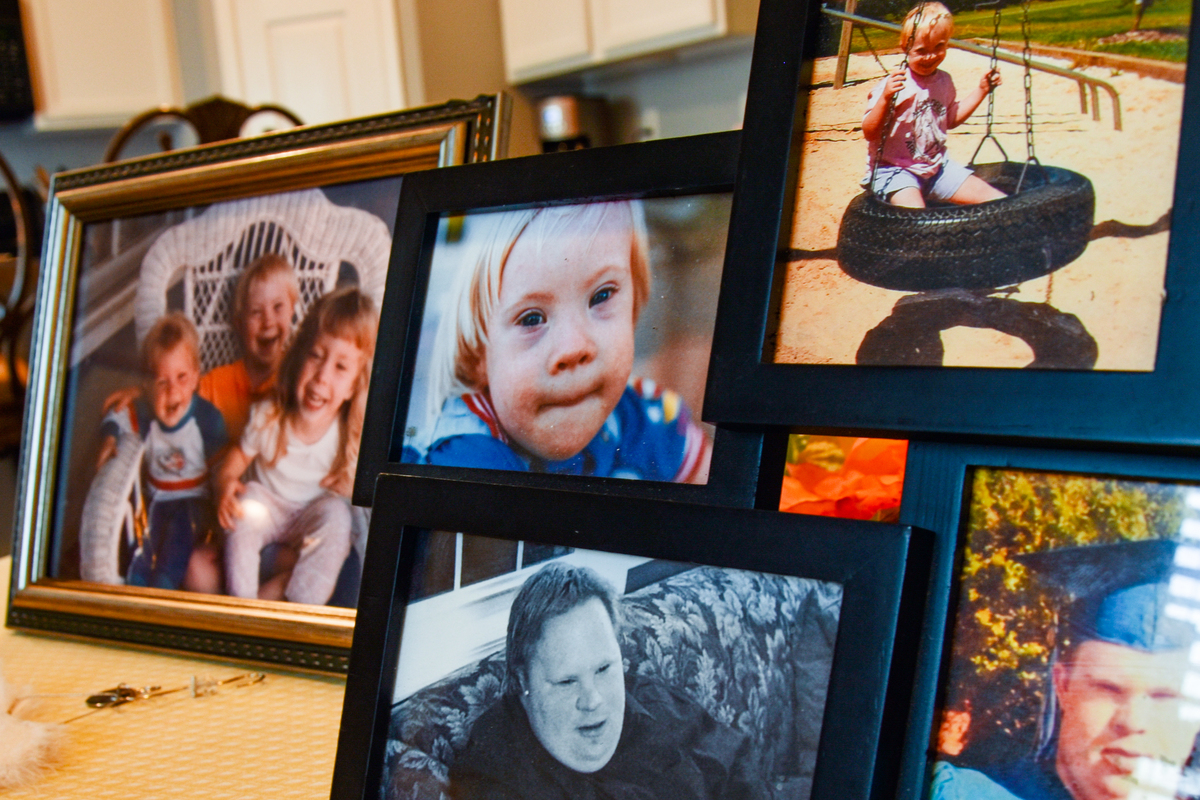 Photos of Ethan Saylor are posted on the kitchen table of his mother.

"This is not always a resistance"

Much of their training focuses on how to acquire and maintain control of a situation. According to the latest statistics from the Department of Justice, police training programs nationwide take an average of 168 hours to teach police about the use of force, weapons and defensive tactics. This compares to only 10 hours spent on mental illness, for example. For this report, the government did not follow the training time devoted to intellectual and developmental disabilities.

Police training often creates a state of mind: "I am the boss, you do what I tell you to do," says Seth Stoughton, a former police officer and currently law professor at the University of Carolina South, which studies police regulation. "And if someone does not do what I tell him, it's a potential threat."

"It's not always noncompliance – it's not always resistance – sometimes it's inability," Stoughton says. "The officer will very often perceive this disability as a refusal."

Some police trainings deal with intellectual and developmental disabilities as part of what is known as crisis intervention training, which focuses primarily on mental illness and addiction. According to the National Conference of State Legislatures, at least 27 states and the Federal District of Columbia require officers to learn how to respond to mental health or addiction issues.

Stoughton states that the skills taught in these types of training – good communication skills, patience and co-operation of a person – can be applied to meet a person with a developmental disability or intellectual disability.

But, he says, signs of a mental health crisis do not always apply to someone with this type of disability. Without specific training on these disabilities, he says, an officer may not recognize that he should adjust his behavior.

"Different tools to use in the street"

Six years after the death of Ethan Saylor, Maryland has become one of the state leaders in demanding that police receive training on how to respond to people with intellectual or developmental disabilities.

The Maryland Police and Correctional Training Boards adopted the new state-wide requirements in 2014. The following year, the state created the Ethan Alliance. Saylor, which helps to ensure that people with this type of disability play a central role in training.

Lisa Schoenbrodt and Leah Saal of Loyola University, Maryland, have developed such training. With a grant from the state, they hired 10 adults with various disabilities to simulate common scenarios with the police. Last fall, they piloted the class at the Prince George Community College. 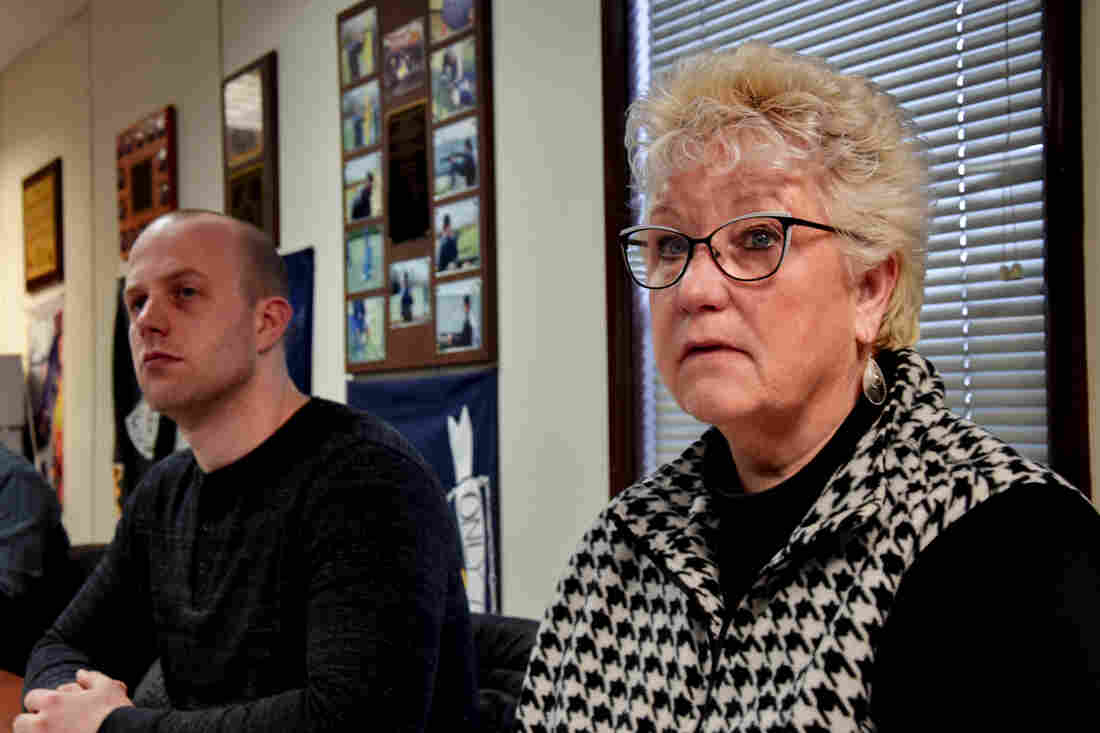 Patti Saylor sits next to the police during a training session at Prince George's Community College. 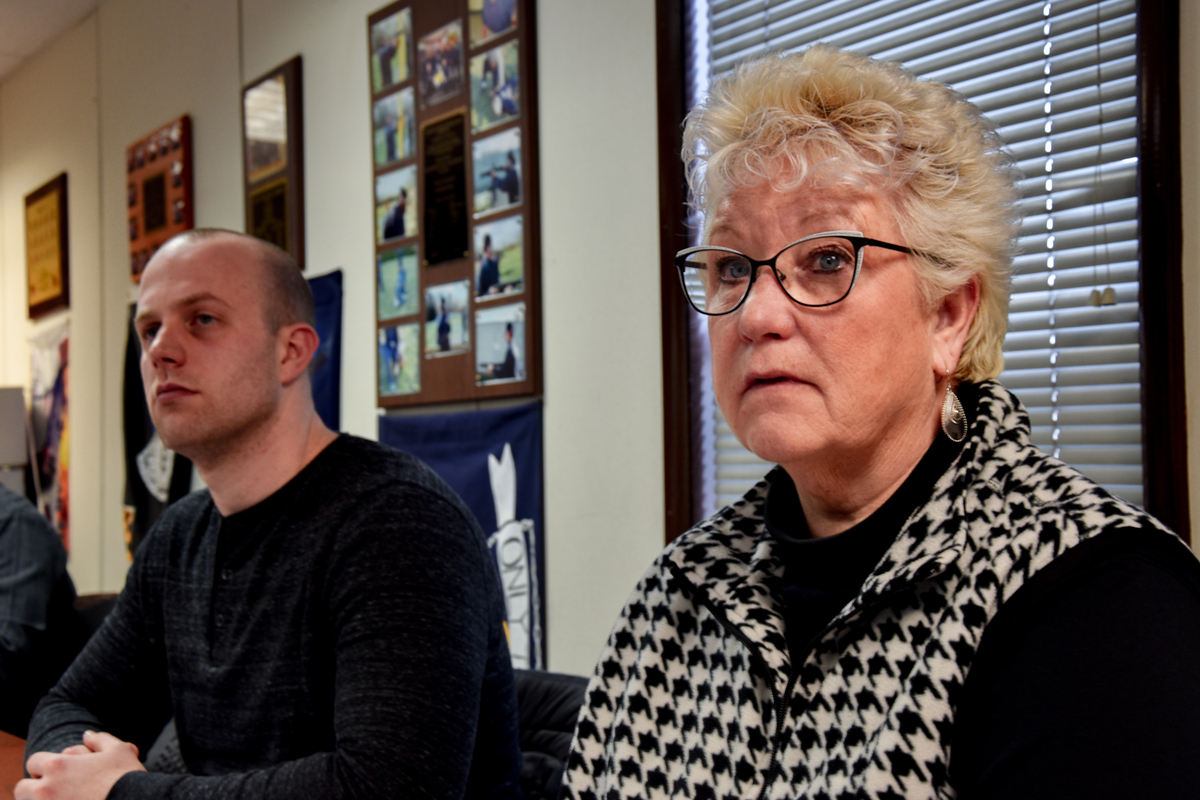 Patti Saylor sits next to the police during a training session at Prince George's Community College.

"If we can provide them with a different perspective and give them different tools to use on the street, I just think it's great," said Percy Alston, director of the Institute of Public Safety and Security. college security.

Alston is responsible for training both junior and experienced police officers on how interventions with people with these disabilities may be different from those to which officers are accustomed. He cites a very simple example: many police officers do not like to be touched.

"Once I've put on my uniform, I'm like Superman, you can not touch my cloak, but there are people with some disabilities who like to touch," says Alston. "Then their contact will not be an attack."

On a Friday morning at the police academy, Alston runs about a dozen officers in the first half of the course, followed by the role play of Loyola's instructors with some of the officers. In one scenario, coach Elaina Camacho, autistic, played a girl who threatens her mother. Officer Joseph Powell, who works with public schools in Prince George County, calmed Camacho by doing something unusual: he asked to play his video game while they were chatting.

Alston says that this moment is at the heart of what is the class. He knows that agents must think quickly and react quickly, and that they must protect their own safety. But when they meet someone who has an intellectual or developmental disability, they may need to slow down and approach things in a different way.

Patti Saylor thinks that could have made the difference for Ethan.

"Many police officers asked me what they should have done, and I replied," Well, you have to use your bag of mischief, "she said. . In Ethan's case, "if you really wanted him to leave, you may have said: let's go and have a snack while waiting for your mother." "

"There is no magical dust of leprechaun," she adds. "That's the relationship."

Trump to issue 100 pardons and commutations on last day of presidency: CNN