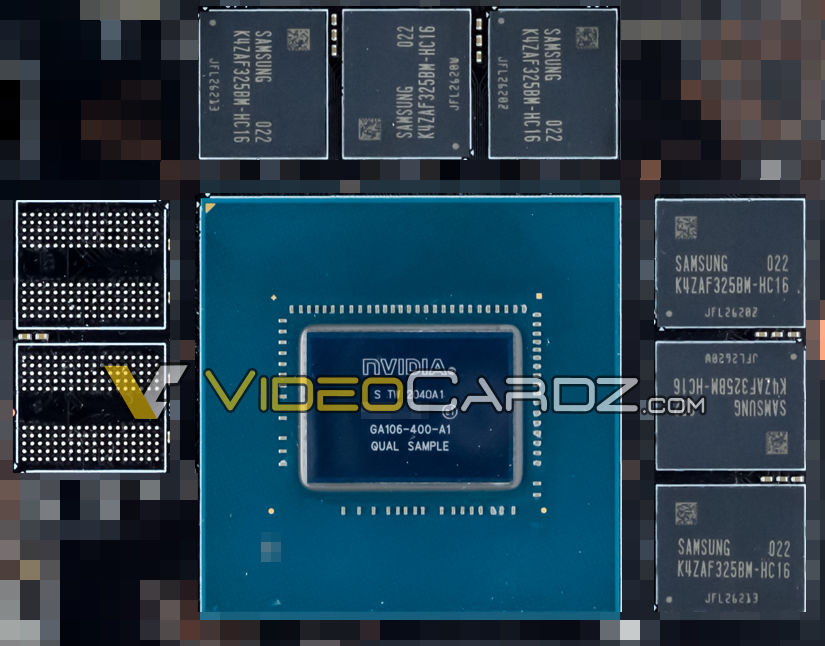 Leaked by Videocardz, the GA106 GPU will be the latest addition to Ampere’s line of gaming GPUs. We have already seen two other GPUs in action in the gaming segment which include the GA102 and GA104 while the GA100 is positioned exclusively towards the HPC and AI segment.

An interesting thing to note here is that the particular SKU of the Ampere GPU is the GA106-400 and not the GA106-300, which NVIDIA will actually use for its GeForce RTX 3060 12GB graphics card and the reason given by the source is that this A particular chip was featured on one of the first ES cards before NVIDIA returned to the drawing board and decided to use the reduced GA106-300 matrix on the GeForce RTX 3060 graphics card. The GA106-400 GPU SKU includes a total of 3,840 CUDA cores while the GA106-300 GPU SKU includes 3,584 CUDA cores. The package size of the GA106 chip is the same as the GA104 GPU, while the die itself is much smaller. 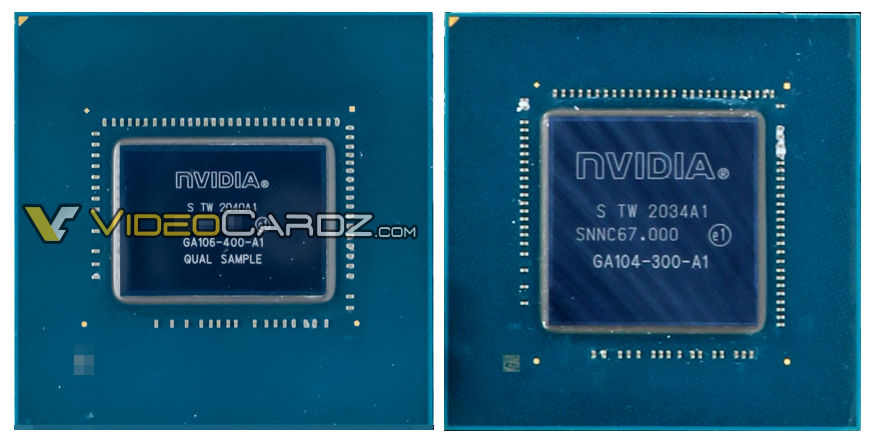 Apart from this, the PCB can be seen using Samsung K4ZAF3258M-HC16 memory modules. These modules are clocked at 16 Gb / s and since they operate on a 192-bit bus interface, we will be looking at a cumulative bandwidth of 384 Gb / s. Each module also has 2GB of VRAM capacity and since there are 6 modules in total, the RTX 3060 will feature 12GB of GDDR6 memory capacity.

All in all, it will be interesting to see where the final performance sits with the NVIDIA GeForce RTX 3060 12GB graphics card. It will cost US $ 329 and should be as fast as the GeForce RTX 2080 with a lot more power consumption. weak and better ray tracing abilities.