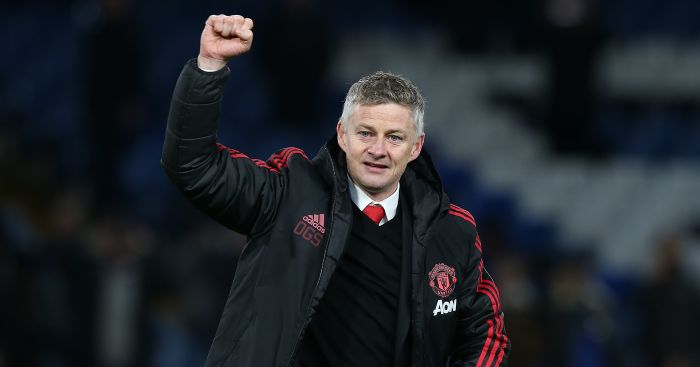 Ole Gunnar Solskjaer does not believe "there is a manager in the world" with a better "guardian department" than his at Manchester United.

Solskjaer was asked about the future of David de Gea at his press conference Friday, describing the Spaniard as "the best goalkeeper in the world".

De Gea and United have been stuck in negotiations for a while on a new deal, with his contract possibly most need renewal throughout the Premier League.

It is believed that United would have triggered a one-year automatic option to keep De Gea at the club until at least 2020, but his highest-wage pay equity application, Alexis Sanchez, is proving problematic.

Solskjaer was questioned about the situation, but took the opportunity to brag about the mint of Sergio Romero and Lee Grant.

"No updates from me," he said. "The club and David are in dialogue, hope they will agree. It's out of my reach but I'm sure we'll do what we can.

"David has been fantastic since his arrival. The club really showed how much they wanted it during the day when Eric and the Baffler found it.

"There were probably better guards out there at the time, but the manager showed him how much the critics had been paid.

"He's player of the year. I do not know how many years. We are grateful to have it.

"Once again, we have Sergio and Lee, a fantastic goalkeeper. I do not think any leader in the world is beating me in this regard. "

Solskjaer was also asked to compare De Gea with Edwin van der Sar and Peter Schmeichel, two other goalies who were good at making stops and things for United.

"It's hard to compare them, but Edwin and Peter have never been players of the year," he added.

"David has earned a lot of points for us over the years and I would say he is the best goalie in the world. Peter was at the time and Edwin at the time as well.

"I'm very happy with David and his personality is fantastic. A boy so humble and confident.