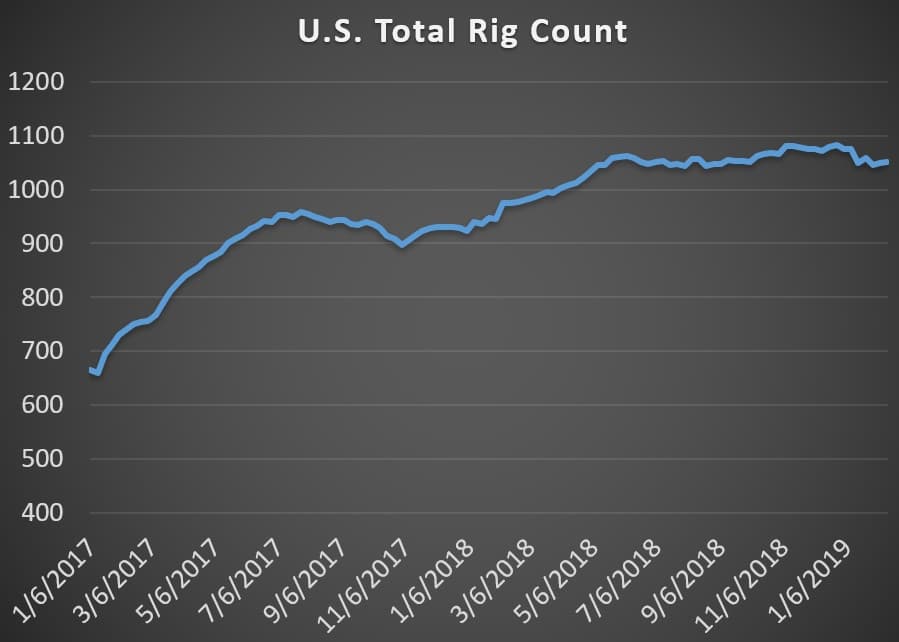 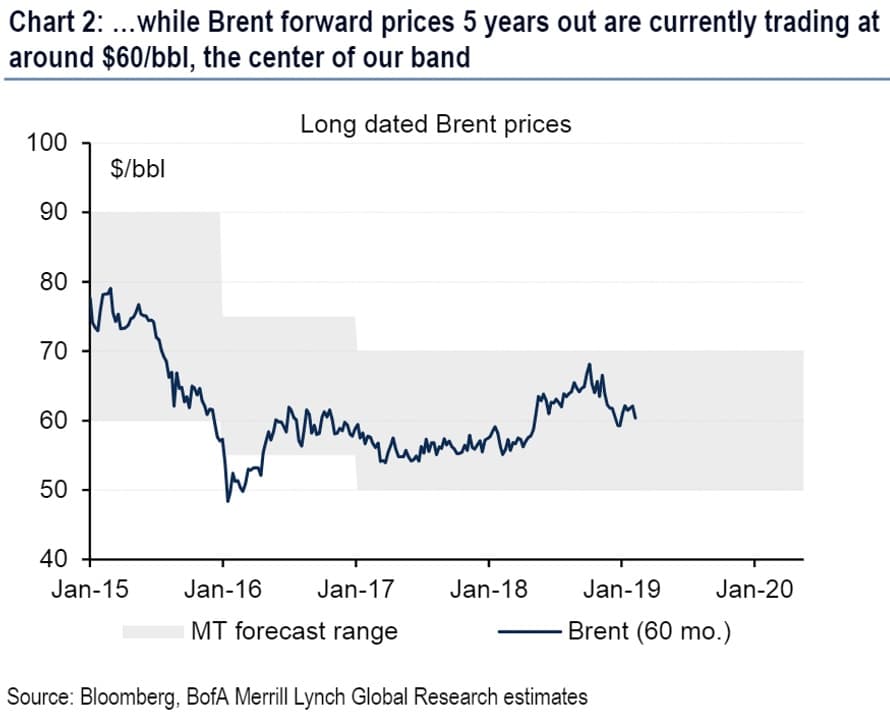 – Bank of America Merrill Lynch says that Brent will probably trade between $ 50 and $ 70 per barrel over the next five years.

– The bank claims that prices will be "anchored" around $ 60, and that the increase in US shale supply and OPEC's willingness to reduce production will help control volatility.

– However, the bank also said that a slowdown in the global economy would bring down these forecasts. Some worrying economic data in China presents one of the biggest risks of loss for the oil market.

• Occidental Petroleum (NYSE: OXY) was downgraded by Barclays by two notches from overweight to underweight with a target price of $ 70. Barclays says the company's deficit, ambitious growth target and valuation have all contributed to the deterioration.

• Eni (NYSE: E) saw its shares jump on Friday after announcing earnings of $ 1.65 billion in the fourth quarter, exceeding expectations.

• US Silica (NYSE: SLCA) recorded a loss of $ 256 million in the fourth quarter, down from a profit of $ 72 million a year earlier. Fracturing sand sales were "negatively impacted by industry-known difficulties related to budget depletion and lack of delivery capacity, as well as

Is oil approaching an escape? Some analysts are predicting higher prices, with OPEC + cuts creating a tighter backdrop. Any unplanned outage could drive up prices much more expensive, while a breakthrough in the trade war could eliminate one of the biggest downside risks. "Brent and WTI are now seriously testing a major resistance zone, around $ 65 and $ 55, respectively, whose break-up could be the catalyst of another rally," wrote Craig Erlam, senior market analyst at OANDA, in the morning.

Saudi Arabia cutting deeply. Saudi Arabia is going beyond its production cuts, but it is unclear exactly how long Riyadh will be prepared to bear this burden alone. "Saudi Arabia's production cuts above the required level also serve to compensate for the lack of compliance found by countries such as Iraq. It is unlikely, however, that Saudi Arabia is willing to do so in the long term. After all, the Saudis are losing market share to US oil shale producers, "Commerzbank wrote in a note. Related: The main geopolitical trends of 2019

VW expands the electrical offers. VW (OTCMKTS: VWAPY) announced plans to expand its electric vehicle offering in the coming years, with a view to adding models for the Chinese market. VW plans to spend 9 billion euros on 20 EV models by 2025.

BP: Renewable energies and natural gas dominate growth. according to BP (NYSE: BP) The latest energy outlook, renewable energies and natural gas together account for 85% of global energy supply growth by 2040. The new analysis highlights the speed with which global energy systems are evolving and Energy's dual challenge is the emission of fewer and fewer green spaces, "said Bob Dudley, CEO of BP.

Mexico will devote $ 5.2 billion to Pemex. Mexican President Andrés Manuel Lopez Obrador announced a $ 5.2 billion bailout for the state-owned company Pemex. "We made the decision to support Pemex for everything," AMLO said last week. "We will launch an initial plan, but if they need more, they will have more support." With this package, Pemex will not turn to bond markets this year. Critics argue that state support is not only insufficient to engage Pemex on a sustainable path – Pemex is the world's most indebted oil company – but it will also weigh on the Mexican budget.

The plastic war could reduce the demand for oil. The petrochemical sector is expected to be one of the few sectors in which demand for crude oil will increase significantly over the next few decades. This is largely due to the transformation of oil and natural gas liquids into plastics. However, policies targeting the use of plastics are multiplying. Recycling and banning single-use plastics could reduce the expected growth in oil demand in petrochemicals by up to 20% by 2040, says the FT, and "advance the peak oil demand for a decade.

India signs an oil deal with the United States Indian Oil Corp., the largest Indian refiner, has signed an agreement to purchase US oil until March 2020. It will be the first Indian refiner to sign a contract with a US company has not been appointed).

The oil boom in Guyana and the lessons of Venezuela. Guyana is expected to become an oil giant whose production is expected to reach 750,000 barrels a day by 2025. WoodMac has given some advice, drawing lessons from the bankruptcy of neighboring Venezuela. A sovereign wealth fund has been useful for other oil countries to mitigate the effects of cyclical upheaval. In addition, it is necessary to develop other sectors of the economy and investments in infrastructure and education are important. Related: 5 giant energy trends that will change the game in 2019

Citgo eliminates senior executives. Citgo, an American subsidiary of PDVSA, has dismissed three top executives close to Venezuelan President Nicolas Maduro. This could pave the way for the recognition of a new board of directors, transferring the power of the company to the opposition.

European refiners suffer from the tightening of the acidic crude market. US sanctions against Venezuela accelerate heavy corrosive crude oil losses, tightening corrosive crude oil reserves. This has hurt some US refiners on the Gulf Coast, but also European refiners who now have to pay more for supplies. "For April and May, it will also be interesting, since the Venezuelan is gone and the renunciations of Iran will be [likely not be extended], "Said a rough trader at S & P Global Platts. "All in all, the heavier crudes come out very well – the heavy grades of the North Sea, the Urals, were also heard by WAF [West Africa] see good business because the acid market is tight, "he added.

The discovery of oil in China could trigger a shale bonanza. A well test conducted by PetroChina in the western province of Xinjiang shows a high marketing potential. According to an estimate by Morgan Stanley, the shale area could reach 100,000 to 200,000 b / d by 2025.

By Tom Kool for Oilprice.com