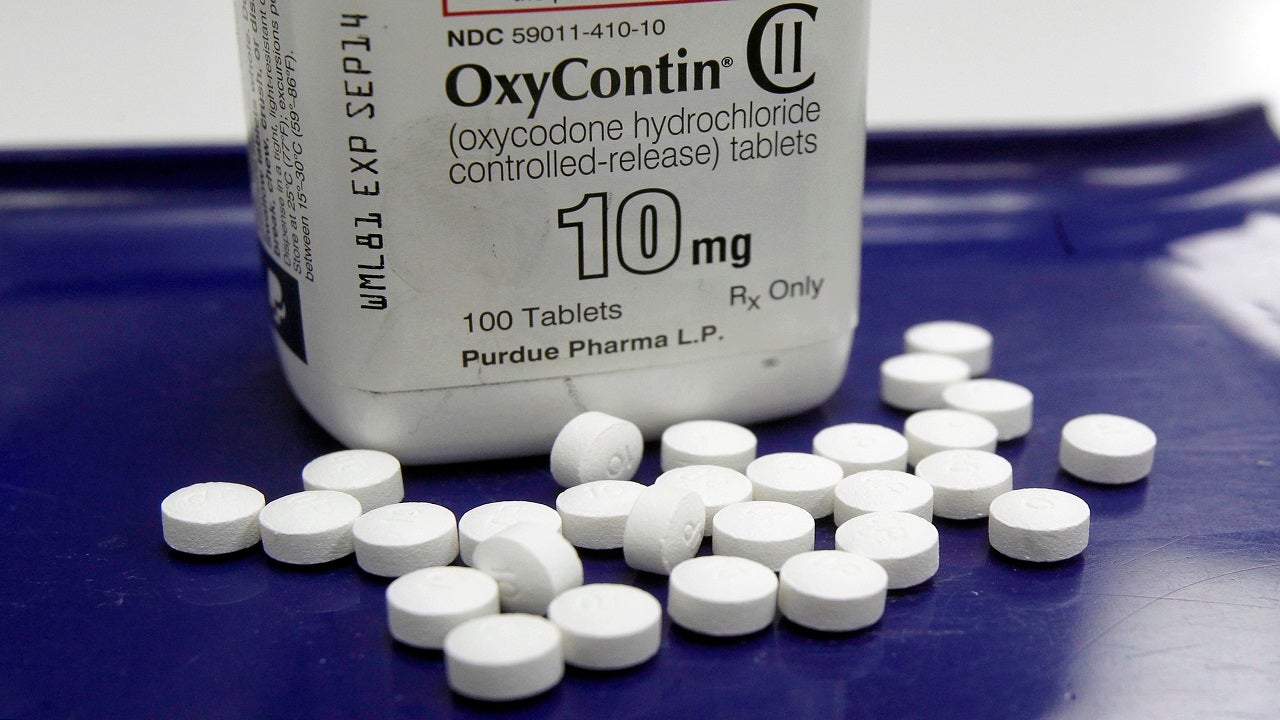 The state of Oklahoma has reached an agreement with Purdue Pharma in the amount of $ 270 million, making OxyContin, considered the backbone of the opioid overdose crisis, which is partly responsible for misleading information provided by the company to doctors about the potential for addiction.

In 2017, Oklahoma sued Purdue Pharma, its Sackler family and several other opioid manufacturers, accusing them of fraudulent marketing practices that resulted in thousands of overdoses and deaths. State officials said that since 2009, more Oklahomans have died of opioids than in road accidents. The remaining defendants are still the subject of a lawsuit.

The Sackler family is responsible for $ 75 million out of the $ 270 million settled, according to a person familiar with the deal.

The person was not allowed to publicly discuss the case and spoke on condition of anonymity. The Attorney General of Oklahoma has scheduled a press conference in the afternoon to announce the settlement with Pharma, based in Stamford, Connecticut.

Nearly $ 200 million will go to the creation of the National Center for Studies and Treatment of Addictions at Oklahoma State University in Tulsa. Local governments will receive $ 12.5 million.

The agreement comes two months before Oklahoma's lawsuit against Purdue Pharma and other pharmaceutical companies becomes the first in the wave of litigation from one to the other led by the company. Industry against the sector. This is the first settlement to come out of the barrage of lawsuits.

A sign bearing certain names of the Sackler family is on display at the Metropolitan Museum of Art in New York.
(AP)

Complainants' attorney Paul Hanly, who is not involved in the Oklahoma case but represents many other governments, welcomed the settlement, saying, "This suggests that Purdue is serious about solving the problem. is the first one a lot. "

But some activists were furious, saying they were deprived of the opportunity to fully hold Purdue Pharma in public, in front of a jury.

"This decision is a kick for our community," said Ryan Hampton, who is recovering from an opioid addiction. "We deserve to appear in court with Purdue – parents, families, and survivors deserve at least that, and Oklahoma took it away today."

He added: "We can not allow Purdue to enter into agreements with state attorneys general."

Sandy Coats, a lawyer for Purdue Pharma, did not immediately respond to a call for comments.

According to the Centers for Disease Control and Prevention, prescription opioids such as OxyContin have been at the origin of a record 48,000 deaths in the United States in 2017.

Purdue Pharma introduced OxyContin more than 20 years ago and has aggressively marketed it to doctors. The drug has generated tens of billions of dollars, but nearly 2,000 lawsuits have been filed by state and local governments to try to hold society to blame for the scourge of drug abuse. These lawsuits now threaten to push Purdue Pharma out of business.

In this archive photo from August 17, 2018, family members and friends who have lost loved ones because of OxyContin and an opioid overdose are demonstrating in front of the Purdue Pharma headquarters. in Stamford, Connecticut.
(AP)

The lawsuits accused the company of minimizing the risks of dependence and encouraging doctors to increase the doses even though the dangers were known. According to a court record, Richard Sackler, then executive vice president of sales, had proudly declared to the audience at an OxyContin launch party that he would create a "wave of prescriptions that will bury the competition ".

Purdue Pharma settled other lawsuits over the years, and three leaders pled guilty to criminal charges in 2007. But this is the first settlement in a series of litigation cases that focus on the more recent conduct of the society.

The deal was announced after the Oklahoma Supreme Court on Monday dismissed the drug manufacturers' request to defer the start of the lawsuit in May.

THE DEATHS OF FENTANYL OFTEN AFTER 2013, NEW FEDERAL FILES

Cheryl Juaire, whose 23-year-old son Corey, died of an overdose in 2011, said he was shocked to learn the rules. She had organized a group of hundreds of mothers to go to the first day of the trial and stand outside with pictures of their dead children.

"They can not settle in," she says. "It would be a very bad service to the tens of thousands of families here in the United States who have buried a child.It is the money of our children's blood."

As the charges escalated, the Sacklers were victims of personal lawsuits and growing public pressure. A complaint filed by a Massachusetts court and released earlier this year revealed that family members had received at least $ 4 billion from 2007 last year.

The Sacklers are great philanthropists and the family name is engraved on the walls of many major museums and universities around the world. But in recent weeks, the Tate Museums in London and Guggenheim in New York have cut ties with family and other institutions have been pressured to refuse donations or remove the name Sackler.

This month, Purdue Pharma officials acknowledged that they were planning to go bankrupt because of the many lawsuits they have filed.

More than 1,400 federal lawsuits against pharmaceutical companies have been brought together before a single judge in Cleveland, which is pushing drug companies and distributors to reach a national settlement with state and local governments.