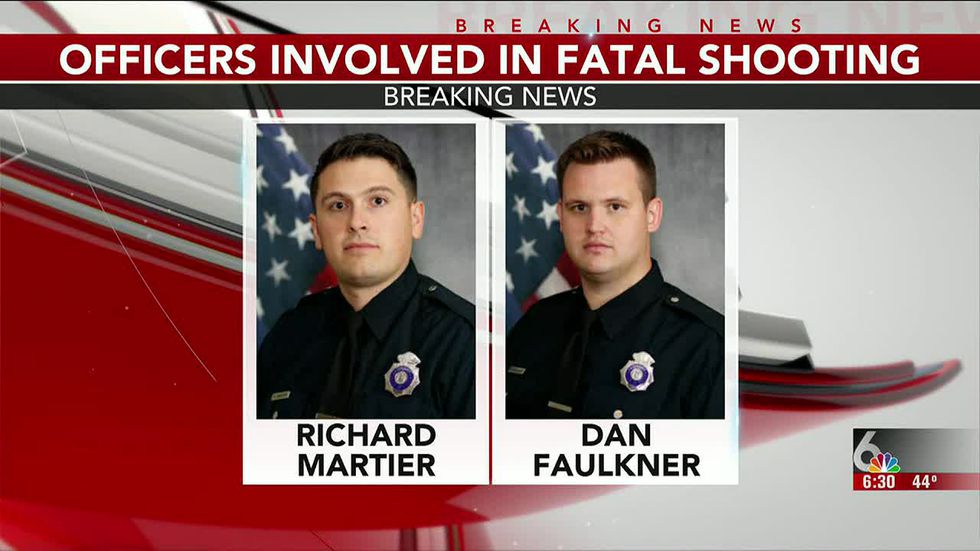 OMAHA, Neb. (WOWT) – Omaha police shared the names and photos of the two officers involved in the traffic stop Thursday that led to the shooting death of Kenneth Jones.

A press conference will take place on Monday.

Interviews with the officers involved were concluded and their identities were subsequently shared to “maintain the integrity of the interview,” according to a statement by the OPD.

In an updated press release, OPD said Martier was driving and Faulkner was the passenger officer.

Officers were heading south on 27th Street near the Strafford Square apartments when they saw a southbound Dodge Charger on 27th Street, stopped in the middle of the road. Officers said the vehicle’s hazard warning lights were not on and saw the vehicle move forward a few feet and stop, then move forward again.

They observed the vehicle for half a block, then called a traffic stop at the intersection of 27th and Harrison streets. Both officers thought the driver may have been impaired, but they did not know, so a traffic check was carried out.

The two officers’ statements regarding stopping, verbal commands and contact with the driver and passengers, including removing Jones from the vehicle, are consistent with what was captured on body camera footage, said OPD.

The two officers described the struggle with Jones and their repeated commands. They said the reason Jones was the only occupant removed from the vehicle was because Jones was the only one not complying with orders to put his hands up while hiding his hands, causing the officers were concerned for their safety.

The OPD said the talks were still ongoing and the investigation into the shooting was ongoing.