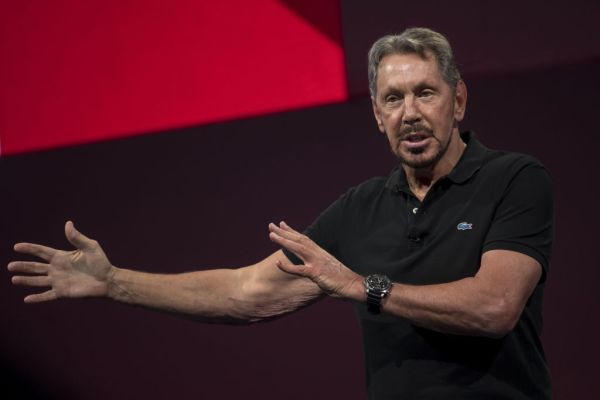 Oracle really needs to be given a lot of perseverance, especially with JEDI's $ 10 billion cloud purchasing process. For more than a year, the company has been complaining to all the legal and governmental channels it can think of. Despite all attempts to find a problem with the process, this one failed each time. That did not stop him today from filing a new appeal against the federal court's decision last month against the company.

Oracle refuses to quietly enter this good night, not when there are 10 billion dollars in federal dollars at stake, and today, the company announced that it was appealing the decision of the Chief Justice of the Federal Claims Court, Eric Bruggink. This time, they return to this old story that the one-decision JEDI procurement process is illegal:

"The opinion of the Federal Claims Tribunal in the JEDI claim qualifies the JEDI market as unlawful, notwithstanding the rejection of the protest on the sole legal basis of Oracle's alleged lack of legal standing. Federal procurement laws specifically prohibit one-time purchases such as JEDI, which do not meet specific and mandatory requirements, and the Court clearly stated in its opinion that the DoD did not meet these requirements. The opinion also acknowledges that the public market suffers from numerous significant conflicts of interest. These conflicts violate the law and undermine public trust. With respect to the fundamental issue, we find that the determination of the lack of standing is lawful, and the very analysis of the opinion requires that the procurement be unlawful for many reasons, "said Oracle's general counsel, Dorian Daley, in a statement. .

In December, Oracle sued the government for $ 10 billion, mainly because of a presumed conflict of interest involving a former employee of Amazon, Deap Ubhi. He worked for Amazon before joining the DOD, where he worked on a committee composed of people writing the requirements of the RFP, and then returned to Amazon later. The DOD investigated this issue twice and found no evidence that it violated the conflict of interest between the federal laws.

The court finally agreed with the Department of Defense's conclusion last month that Oracle had not provided evidence of a conflict or had an impact on the procurement process. Judge Bruggink wrote at the time:

We also conclude that the contracting officer concluded that the organizational conflicts of interest did not exist and that the individual conflicts of interest did not have an impact on the public market, were not arbitrary, neither arbitrary, nor an abuse of discretion, nor otherwise contrary to the law. The plaintiff's motion for judgment on the administrative record is therefore dismissed.

The company began complaining and cajoling even before the start of JEDI's RFP process. The Washington Post said that Oracle's Safra Catz had met with the president in April 2018 to complain that the process was unfairly stacked in favor of Amazon, which happens to be the cloud market leader by a significant margin, with more than double its cost. next closest rival, Microsoft.

Subsequently, the company appealed to the Government Accountability Office, which found no problem with the request for proposal process. The DOD, who has always insisted that there was no conflict in the process, also made it during an internal investigation and concluded no fault.

The President has been involved last month when he ordered the Secretary of Defense, Mark T. Esper, to look into the idea that once again, the process had favored Amazon. This investigation is ongoing. The DOD has named two finalists, Amazon and Microsoft, in April, but has not yet named the winner as protests, trials and investigations continue.

The controversy is partly about the nature of the contract. The construction of cloud infrastructure for DOD is potentially a business that has been going on for ten years. It involves the assignment of a single supplier (although there are several withdrawal clauses throughout the contract period), $ 10 billion and the possibility of much more. the work of the government. The fact that all technology companies salivate for this contract is hardly surprising, but Oracle alone continues to protest at every turn.

The winner was due to be announced this month, but with the ongoing Pentagon investigation and another ongoing trial, it might be a while before we know who the winner is.