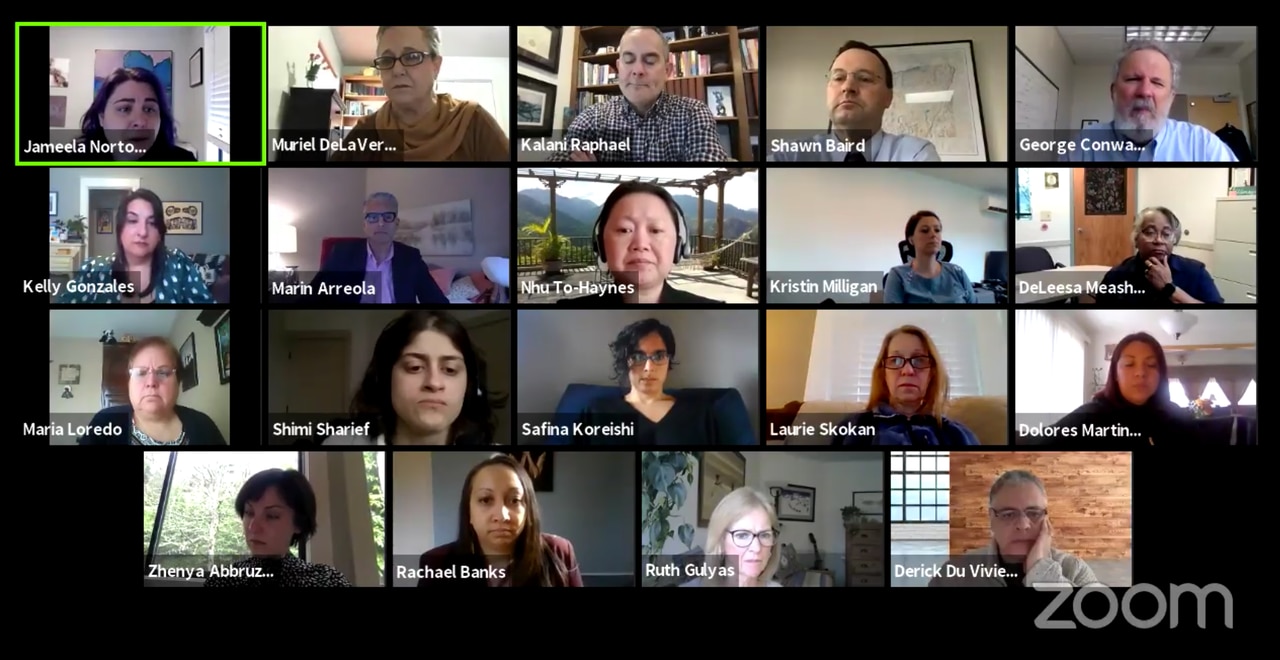 The Oregon coronavirus vaccine equity group will meet in secret today to assess the group’s work over the past month after the state closed public access after weeks of meetings open.

The Oregon Vaccine Advisory Committee was tasked with recommending who to vaccinate after the governor’s priority groups, with a focus on addressing health disparities that stem from “structural racism.” But the group’s final recommendations last week seemed rushed, and some committee members expressed frustration with the process.

A spokesperson for the health authority defended the decision to ban media or members of the public from watching today’s meeting at 5:30 p.m., saying the group performed its original function during its Thursday session. .

The committee “has performed its official duties and fulfilled its purpose of making recommendations” on the vaccination order to the Oregon Health Authority, spokesman Rudy Owens said in an email on Tuesday. “The OHA is currently working on planning the implementation of the committee’s recommendations. The OHA will conduct an assessment with VAC members of the committee process.

The committee met in public eight times, including one meeting on Jan. 5 that was open to the public and recorded for public viewing.

The advisory group recommended on Jan. 28 that people with underlying illnesses, front-line workers, people in detention, and people living in low-income housing and collective housing for the elderly should get vaccinated afterwards. .

At about 1.2 million, or 28 percent of Oregon’s population, the committee’s final roster includes many more people than current vaccine stocks can accommodate in the near future.

National and local authorities are likely to have the final say on who among the group’s priority populations will be vaccinated when, state public health director Rachael Banks said at the last meeting.

The Oregon Health Authority said last week that staff would review the operation and legal dimensions of the recommendations before referring them to Gov. Kate Brown.

“The committee has an optional meeting on February 2 to discuss implementation issues,” the health authority said in a press release on Friday.

But officials now say it is not the planned topic for Tuesday’s meeting. The agenda for the 5.30 pm session only lists “debriefings and evaluations”. The state will release a summary of Tuesday’s discussion, a spokesperson for health officials said.

The group had previously suggested that blacks, Natives and others be vaccinated after the governor’s priority groups. But last week, health officials said the agency could not allocate resources purely based on race or ethnicity, so the committee removed those groups from priority ranking.

The recommendations included a statement of intent “recognizing structural racism and the pressure exerted by systems that are unwilling to center this truth on the effects of structural racism on the health of Black, Indigenous and colored communities.”