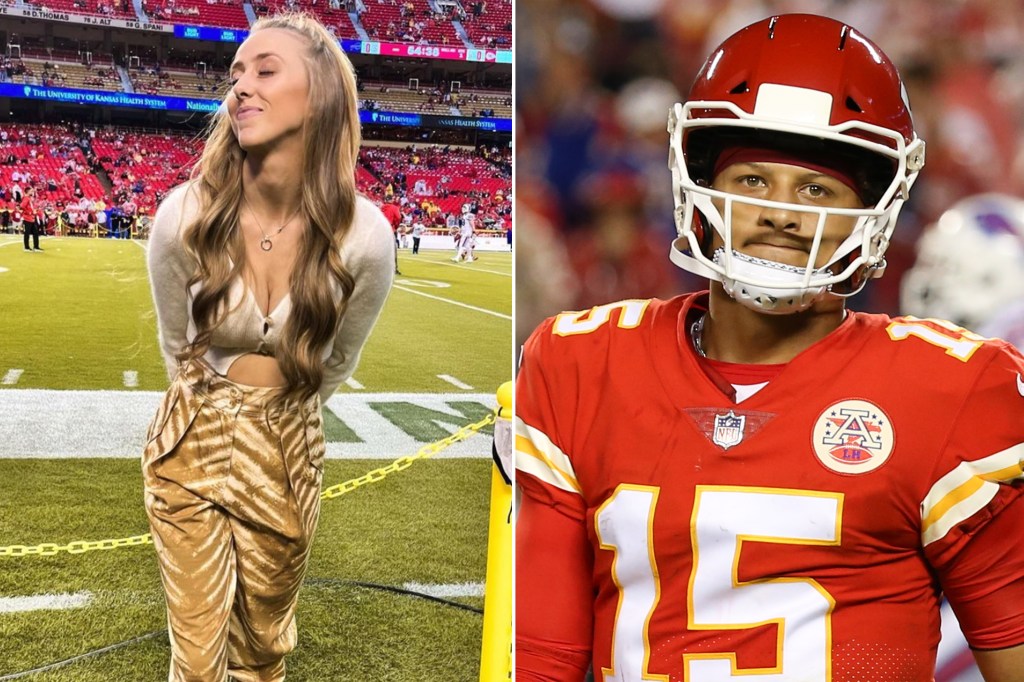 Brittany Matthews tweeted live on Sunday of the Chiefs’ game – which ended in a 38-20 loss to the Bills – and applauded some disgruntled fans.

At one point, Matthews tweeted, “The referees are never in our favor.” In a second Tweeter, she added: “Never.”

A Chiefs fan replied to Matthews, writing, “Girl. I need you to stop. It was my team long before Patrick was here. That doesn’t give the organization a good overview. The bosses are bigger than you, me or anyone. which player.

Matthews retaliated with, “In the most beautiful way possible… Shut up.” She added a smiley face emoji.

A few minutes later, Matthews tweeted, “I said what I said. You’re all so crazy, ”with a crying laughing emoji.

In response to a Bills fan who tried to troll her on Twitter, Matthews simply replied, “Lol.”

Matthews is known for her match day tweets and is no stranger to applauding critics. Last month, she responded to an Instagram troll who suggested she didn’t have a career due to her NFL WAG status.