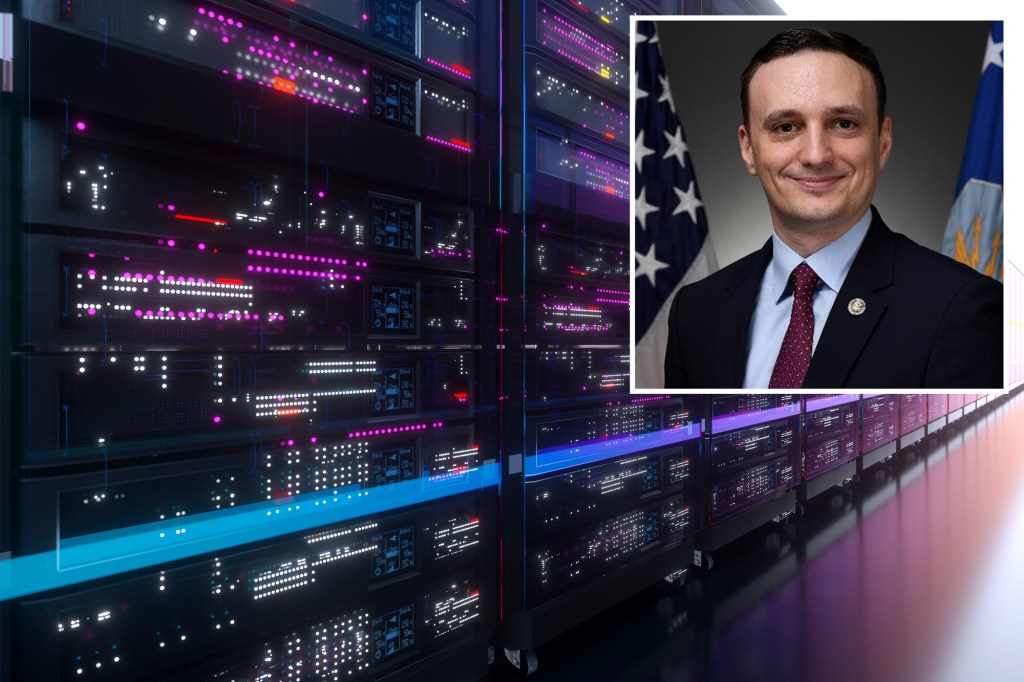 The former Pentagon software chief said he resigned because China had already won the technology war for global dominance – with some US government systems by comparison, at mere “kindergarten level.”

Nicolas Chaillan, 37, told the Financial Times on Sunday that there were “good reasons to be angry” that the United States did not respond to the Chinese cyber threat, fearing it would even put in danger the future of his children.

“We have no chance of fighting China in 15 to 20 years. Right now, it’s already a done deal; it’s already over, in my opinion, ”Nicolas Chaillan, 37, told the newspaper.

Chaillan – who was the Pentagon’s first software chief – said China would dominate the world’s future by controlling everything from media narratives to geopolitics.

He claimed that the United States, like Beijing, should have prioritized artificial intelligence, machine learning and cyber capabilities over traditional military spending like building new fighter jets.

“Whether it takes a war or not is kind of anecdotal,” he told the newspaper of his prediction of China’s road to future world domination.

He attacked Google for not working on AI with the US Department of Defense, while Chinese companies are forced to work with Beijing.

The United States is also wasting its time debating the ethics of AI as China makes “massive investments” and avoids such concerns, he said.

Some of the US government’s cyber defense systems are so outdated that they are simply “kindergarten level,” he insisted.

“While we were wasting time in bureaucracy, our opponents went further,” Chaillan wrote in a scathing letter on LinkedIn last month when he first announced his resignation.

“At this point, I’m just tired of continually seeking support and money to do my job,” he said of the Pentagon’s pioneering work which was “probably the most difficult and maddening. of my entire career “.

Chaillan told the Financial Times that in the coming weeks he plans to testify before Congress on the Chinese cyber threat to US supremacy, including in classified briefings.

An Air Force Department spokesperson told the Financial Times that Frank Kendall, Secretary of the Air Force, discussed Chaillan’s recommendations with him and thanked him for his contributions.

Google was not immediately available for comment, Reuters said.

This is because a new poll shows that about 9 in 10 Americans are at least somewhat concerned about hacking, while about two-thirds say they are very or extremely concerned.

The Pearson Institute and Associated Press poll shows that about three-quarters also view the Chinese and Russian governments as major threats to the U.S. government’s cybersecurity.