PG & E unveils new C.E.O. and revamped Board of Directors 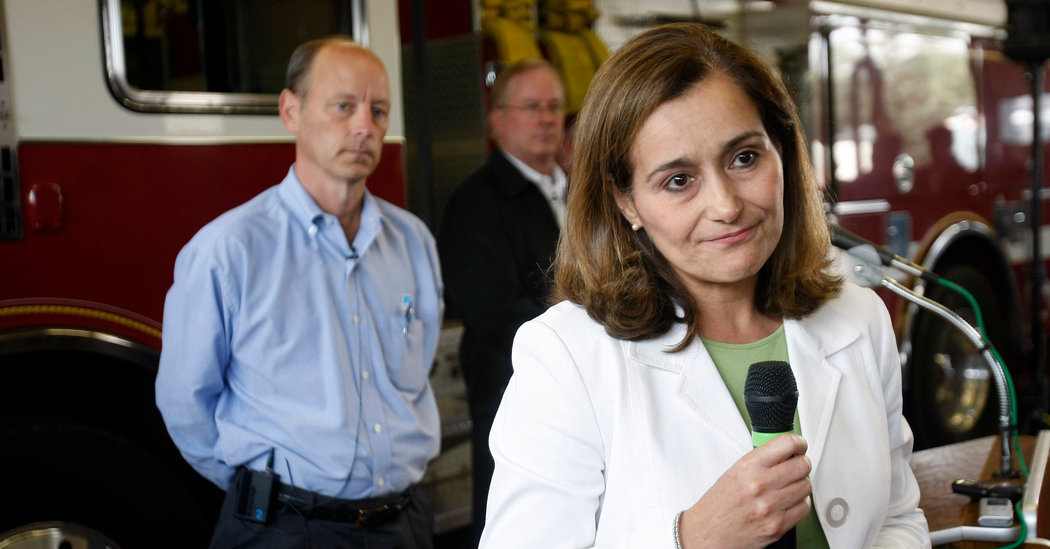 Pacific Gas and Electric announced Wednesday the appointment of a CEO and ten new members to the board of directors to enhance the "safety culture and operational efficiency" California public service in crisis.

Bill Johnson, former head of Progress Energy and the Tennessee Valley Authority, will take on the role of Managing Director of Geisha Williams, who stepped down in January just before PG & E filed its second bankruptcy in the last two years. decades.

PG & E faces tens of billions of dollars in catastrophic fire liabilities over the past two years. In addition, climate change makes natural disasters even more destructive and the shift to green energy harms the industry.

"We have heard the calls for change and have taken action today to ensure that PG & E has the leadership to bring about real and dynamic change that reinforces our commitment to safety, improvement and improvement. continuous and operational excellence, "said the board in a press release. "We believe that our new C.E.O. and the new Board of Directors will help PG & E meet California's evolving energy challenges and meet its customers' expectations of their energy company." "

[[[[How Pacific Electric and Gas Ignored fire risks in favor of profits.]

Board appointments, backed by shareholders, are the latest development in the battle to gain influence over PG & E. While the public service is being reorganized bankruptcy, much of the power belongs to the bankruptcy court judge. At the same time, large-cap investment companies are hoping to put in place a new management that will take PG & E out of bankruptcy and manage it effectively. But shareholders will face Californian politicians, the state utility regulator and representatives of the victims of the fires.

The 13-member board has several members with some energy experience, as well as several investors. It includes Nora Mead Brownell, who served as Commissioner of the Federal Energy Regulatory Commission; Cheryl Campbell, who worked until last year at Xcel Energy, a public utility of electricity and gas; and Jeffrey Bleich, a partner at Dentons, an international law firm.

PG & E said its management had discussed the selection of a new chief executive and board members with three investment companies: Abrams Capital Management, Knighthead Capital Management and Redwood Capital. Management. According to PG & E, the companies support Mr. Johnson and the new board.

Nathan Click, a spokesman for Governor Gavin Newsom of California, said in a statement that the new council had failed to get what the administration had wanted to see from the company.

"On many occasions, PG & E has broken public trust and its responsibilities to taxpayers, forest fire victims and employees," said Mr. Click. "Although changes have been made in recent days to strengthen the security and expertise of the government on the board, there is still some concern about the proposed board, particularly the broad representation of Wall Street interests and the lack of expertise. California's relevant experience of board candidates. "

The new Chief Executive Officer, Mr. Johnson, aged 65, drew national attention in July 2012 when he became head of Duke Energy less than a day before being fired. and received an estimated severance payment of $ 44 million. He was selected for the job as part of the merger of two North Carolina utilities – Duke Energy and Progress Energy – to form the country's largest electric utility retailer.

From 2007 to 2012, Mr. Johnson served as Managing Director and President of Progress Energy. Duke's former chief executive, Jim Rogers, who died in December, said at the time that Johnson had been sacked because of his leadership style and lack of transparency.

Johnson led Progress Energy during the renovation of its only nuclear power plant in Florida, in Crystal River. In an unusual move, the utility decided to manage the project itself rather than leaving it to an engineering company. The workers cracked the concrete building that housed the reactor, forcing the permanent shutdown of a nuclear power plant that, by the way, was fully operational.

Following the overthrow of Mr. Johnson by Duke Energy, the Tennessee Valley Authority, a federally owned and operated utility company, hired him as general manager.

In November, he announced his intention to withdraw from the authority after reducing his debt by $ 3.5 billion and increased the use of carbon – free energy sources. But while there, the public service management practices were criticized.

At a hearing on Tuesday in the Federal District Court of San Francisco, PG & E escaped a threat of revision of power line maintenance procedures, which the utility previously estimated could cost up to 150 billions of dollars. Instead, Judge William Alsup ordered him to focus on cutting trees near power lines, to undergo random inspections and to fully comply with state laws and his new plan. firefighting, submitted to the regulatory authorities.

PG & E has also been ordered not to pay dividends to shareholders, which have been suspended since the end of 2017, until sufficient staff are hired and the new standards for maintenance of trees are respected.

"This is a problem that belongs to you," Judge Alsup told company officials. "A lot of money has been spent on dividends that should have gone to your tree budget."

The judge, who oversees the company's probation period as a result of six convictions for felony after the explosion of a gas pipeline in the Bay Area area, said he had rendered the lightened ordinance in the interest of public safety, despite the evidence of "real wrongdoing".

At the end of the hearing, the judge spoke directly to John Simon, Acting Executive Director of PG & E, sitting alone in the front row of the podium, where the courtroom was otherwise busy.

"The fire season is fast approaching and by December we will be back here and we will know how many fires your business has started," said Justice Alsup. "And I hope the answer is zero. That's what I want. "