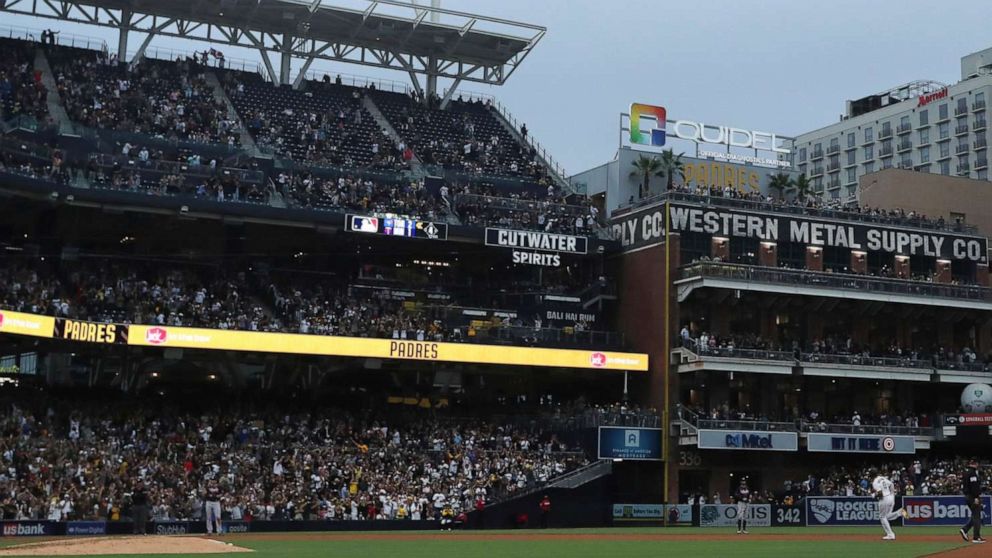 The detectives are looking for witnesses.

A woman and her 2-year-old son died Saturday afternoon after falling from the stands at Petco Park ahead of the Padres game, investigators said.

The 40-year-old woman and her toddler were in a hall-level dining room and concession at the stadium in San Diego, Calif., When, for some unknown reason, they fell three floors and collided with the sidewalk, the Padres said in a statement Sunday.

First responders rushed to the stadium but couldn’t save the mother and son, according to the team.

Investigators said the deaths of the victims “looked suspicious”.

Although the victims have been identified, authorities and the baseball team have not released their names to the public and only said the deceased were residents of San Diego.

“We are deeply saddened by the loss of life at Petco Park last night. Our thoughts and prayers are with the families of those involved,” the Padres said in a statement.

Investigators are still reviewing the evidence and looking for eyewitnesses who were present at the time of the incident.