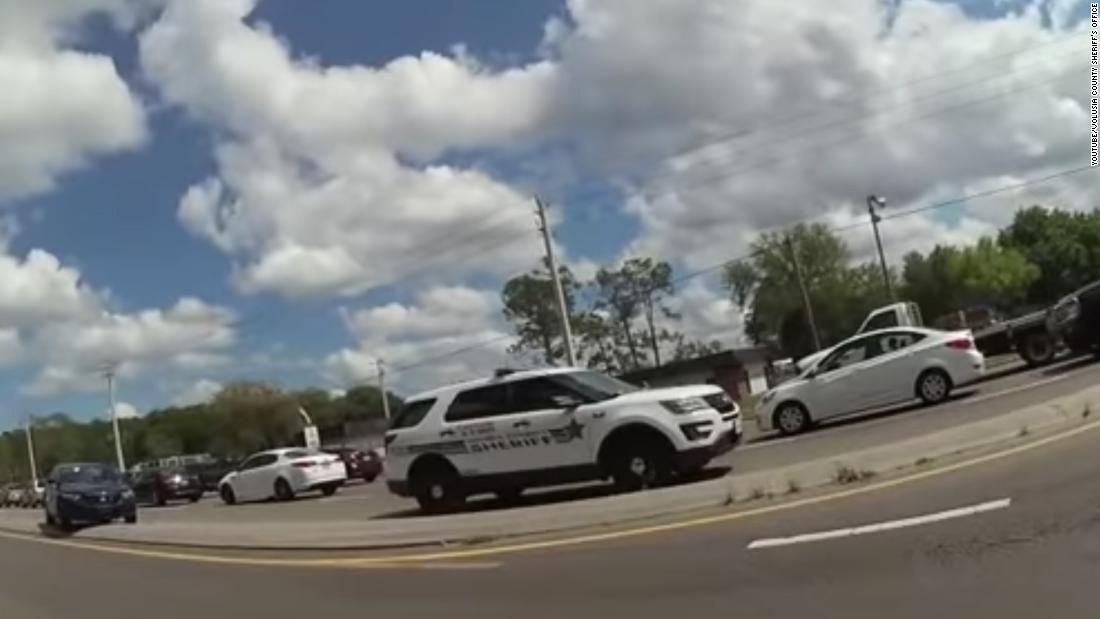 Phillip Thomas Marsh, 30, robbed a female truck in front of a home in Deltona, Florida, and then led MPs to an extended lawsuit, the Volusia County Sheriff's Office said in a statement.

After striking several deflation devices, the truck slowed down. Marsh came out and, holding a handgun, ran to stopped motorists near him, the sheriff's office announced. One MP then drove a SUV in the direction of Marsh, "preventing him from reaching another potential car theft victim," the sheriff's office said.

Marsh then opened fire on MPs, sanding the Sgt. The hat and the head of Thomas Dane, he said.

Five MPs fought back, striking Marsh several times, the sheriff's office announced. He was pronounced dead in a neighborhood hospital.

The suspect had been "reported … suicidal"

The suspect was "missing and suicidal" earlier in the week, the sheriff's office said. "It was noted that he was known for his violent actions towards law enforcement and that he threatened with" police suicide "and suicide by other means." says the statement.

"It's clear that his actions, when he came out of this vehicle, he wanted us to shoot him and he was going to take one of us with him," Sheriff Michael J. Chitwood told reporters.

A seven-minute video posted on the sheriff's website shows the suspect getting out of the truck and then running towards the drivers stopped at the scene while he points a gun to his head. He then shows the movement of the MP's utility vehicle towards Marsh, which we can see running in the opposite direction, towards a wooded area, and pulling his gun towards the deputies, who then shoot him.

Marsh fired three or four times, said Chitwood, including the one who pierced Dane's hat and grazed his head.

"A millimeter below, and Sergeant Dane is dead," said Chitwood, who described the day as the luckiest in 32 years of police.

The Florida law enforcement department is conducting the official investigation into the shooting, the statement said. Those who fired their weapons were put on administrative leave with pay, which is the norm after a shooting involving a deputy.