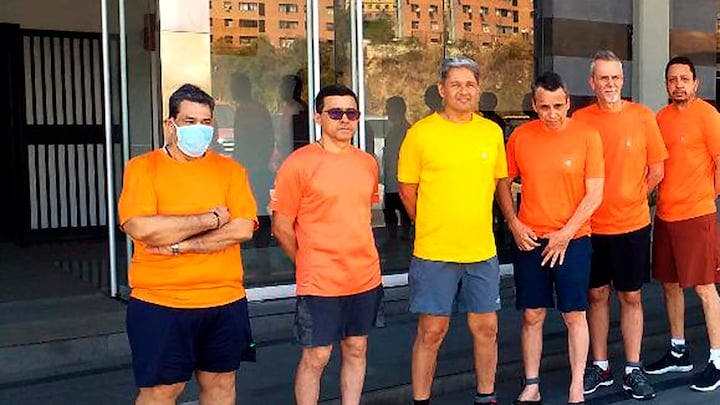 US Secretary of State Mike Pompeo on Friday condemned what he called the “wrongful” convictions of six Citgo employees in Venezuela, calling the South American nation’s justice system a “kangaroo court.”

“After canceling their initial appearance before a judge dozens of times over the past three years, Venezuela’s illegitimate justice system has suddenly found guilty and sentenced these oil executives without any evidence,” Pompeo said in a statement.

The convictions of the five Americans and a US permanent resident also drew expressions of grief and outrage from family members of the so-called “Citgo Six”.

“We, the family, are heartbroken to be further separated from our loved ones,” said Alirio Rafael Zambrano, brother of two of the Americans convicted. “We pray that the leaders of our nation will step forward and continue to fight tirelessly for their freedom and human rights.”

POMPEO REFLECTS ON “ MOST MEMORABLE MOMENTS ” AS SECRETARY OF STATE, EXPOSES PLANS FOR THE FUTURE

The employees were detained for three years on what the Secretary of State called “specious” embezzlement charges, “most of the time in horrendous conditions of detention, these six people should be immediately returned to the States- United.”

Five of the men – U.S. citizens who work for the Houston-based company owned by Venezuela’s National Oil Company – were sentenced to eight years and a sixth U.S. permanent resident was sentenced to 13 years.

All six deny the charges.

Pompeo added in a statement posted on Twitter that “the use of a legal system to exercise political power is another example of the need for free and fair elections in Venezuela.”

The Associated Press and Caitin McFall contributed to this report.

The Humvee National Guard is stolen from Bell