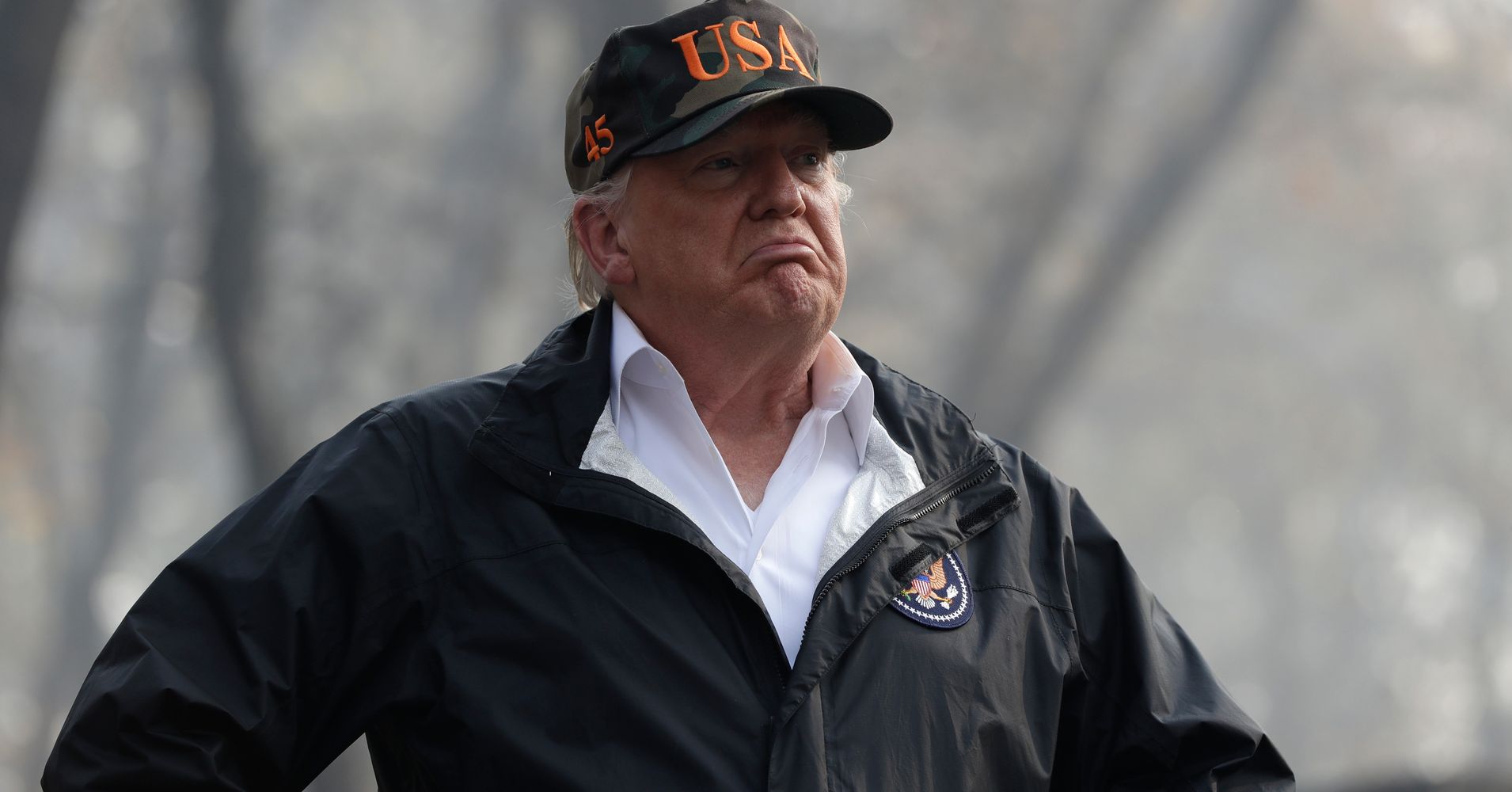 President Donald Trump asserted that he had "very high levels of intelligence," and as such, did not believe in the scientific consensus on climate change in a sweeping interview with The Washington Post published Tuesday.

"One of the problems that a lot of people like myself," said Trump, speaking to the Post's Josh Dawsey and Philip Rucker. "You look at our air and water and it's right now at a record clean. … As it is not man-made and whether or not you are talking about it, I do not see it

Trump's statements, his latest in a long history of climate change denial, go against the vast majority of scientists who say the planet has rapidly warmed up since the Industrial Revolution and will continue to do so. Without such action, the planet faces a devastating effect, including a mass die-off of coral reefs; an increase in the severity of natural disasters, such as wildfires; and a global economic hit in the trillions of dollars, according to a recent United Nations study.

The White House released its own sweeping National Climate Assessment on the Friday after Thanksgiving. The 1,656-page report, compiled by 13 federal agencies and more than 300 researchers, painted the bleakest portrait of the future United States yet, noting that the country had already warmed 1.8 degrees Fahrenheit over the past century and will warm to further 3 degrees by 2100 unless fossil fuel use is scaled back. Predictions even said that warming could approach 9 degrees or more by the end of the century.

Among the threats to health and the environment, the report also warns that it will be cut off as much as 10 percent of the U.S. economy.

Trump and his proxies, however, have moved to downplay those conclusions.

"It's not based on facts. … It's not data-driven, "White House press secretary Sarah Huckabee Sanders said at a news briefing Tuesday. "We'd like to see something that is more data-driven. It's based on modeling. "

Interior Secretary Ryan Zinke also reported on the findings, saying they were based on "the worst scenarios."

Authors of the report has taken to Twitter to defend its predictions.

"I wrote the climate scenarios chapter myself, so I can confirm it considers all the scenarios," Katharine Hayhoe, co-author of the current assessment and director of the Climate Science Center at Texas Tech University, said in a tweet on Friday.

The president has stayed firm on his anti-climate rhetoric in recent days, even after the devastating camp fire in Northern California at least 88 people dead. Trump toured the town of Paradise, which was incinerated, and said that his opinion of climate change had not shifted after the visit.

He moved to lay blame on forest management policies during the visit instead, even suggesting that "raking" would help the scourge of wildfires, claims he appeared to repeat in his interview with the Post on Tuesday.

"The fire in California, where I was, if you looked at the floor, the floor of the fire they were trees, they did not forest management, no forest maintenance, and you can light – you can take a like "Trump said, this and light is trump when it is 14 or 15 months ago. "You go to other places where they have denser trees – it's more dense, where the trees are more flammable – they do not have forest fires like this, because they maintain."