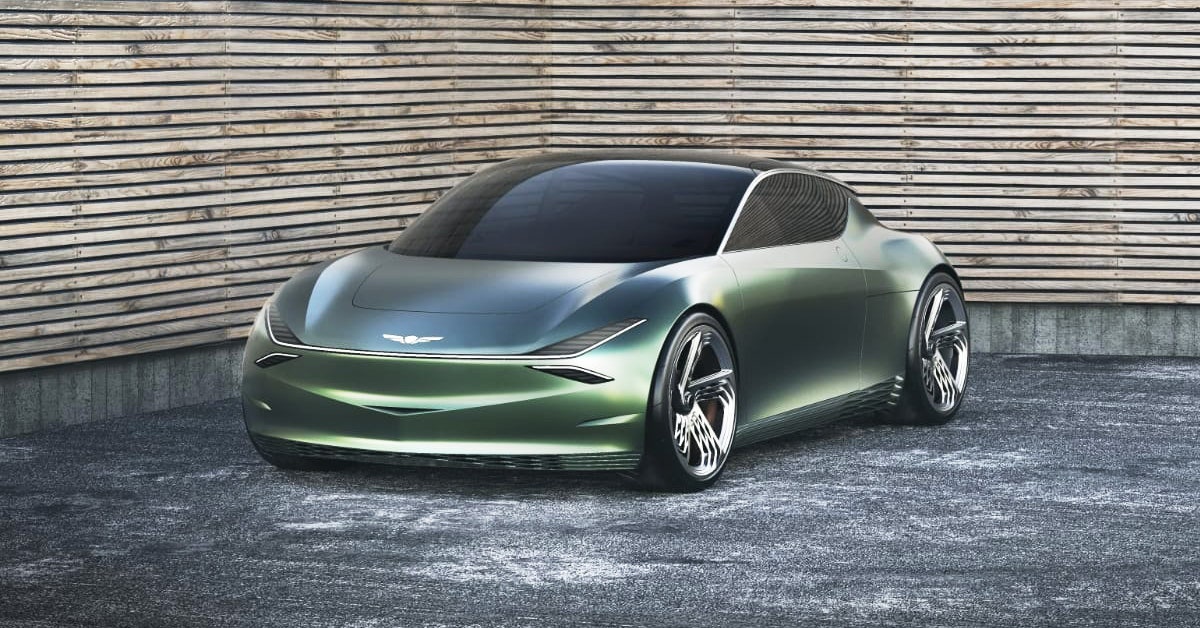 On the floor At the New York Auto Show this week, Genesis unveiled its sweet Mint concept, an electric two-seater with a very abbreviated bodywork. The luxury group Hyundai, however, does not intend to put this adorable thing into production – perhaps because, as we learned this week, bringing to the market technologies that change the world takes a good amount of fat. Elon Musk's Boring Company is slowly making its way through the paperwork necessary to make its DC concept in Baltimore a reality. Uber is collecting all the cash it needs to develop autonomous vehicles. Engineers "flying taxis" are trying to get their concepts to aviation regulators, now nervous. Everyone is trying!

Also this week: ice road truckers need space assistance and Lyft accuses the brakes of being at the origin of the electric bike fiasco. It's been a week. Let yourself catch up.

Stories that you may have missed in WIRED this week

The largest aircraft of the scale takes flight for 150 full minutes last weekend, despite the untimely death of its main backer, the co-founder of Microsoft (and space enthusiast), Paul Allen.

The Boring Company's East Coast "Loop" Transit Project is a step forward with the release of a 500-page Environmental Assessment Report, the most detailed plan of Musk's plans for the tunnel society.

Autonomous Vehicle Builder Uber's autonomous technology group gets a new $ 1 billion investment and its own board just in time for Uber's IPO.

Representatives of the fledgling "flying taxis" industry (which builds vertical take-off and landing aircraft) fear that the FAA's grounding of the Boeing 737 MAX may slow approvals for their new technology.

How satellites equipped with sensors could help scientists ensure the safety of truck drivers on the ice, even if climate change warms the roads.

Adorable SUV start of the week

At the New York Auto Show this week, the prevailing trend seemed to be that of compact and cute SUVs. Kia introduced HabaNiro, the sleeping punny; Mazda introduced its diesel-powered crossover, the CX-5; Subaru has unveiled its new version of the Outback (new roof rack! Weekend warriors rejoice!); The elegant and electric EQC 1886 edition of Mercedes-Benz debuted; and the Venue, Hyundai's smallest crossover to date, has had its moment of glory. But the biggest little start of SUV could have been the Lincoln Corsair, an elegantly designed SUV, delivered with adjustable seats in 24 directions (?!) And could prove to be a star in the range of school vans.

Stat of the week

The number of shared scooter rides made last year, according to the National Association of Transportation Managers of the city. That's 2 million more trips than Americans bought a bike share at the train stations and 29.5 million more than they did with a bike share without a dock. We like to share scooters! NACTO data also indicates that motorcyclists prefer car rides: the busiest clientele is Fridays and weekends, rather than the hours of travel.

News from elsewhere on the Internet

Elon Musk continues negotiations with the SEC on a contempt charge. In the meantime, four members of Tesla's board of directors could leave in the next two years due to corporate governance reform.

Also in Tesla: the manufacturer publishes its first impact report, indicating the number of resources used by the company to develop its products.

Audi says it will use lidar sensors from the Mountain View Aeva start-up to help its autonomous cars to "see".

Discover the two new electric trolleys of his competitor Nikola Motors (as well as his electric jet ski).

Lyft's shares are down and investors are suing, claiming the company had over-used its IPO.

One study suggests that electric bike rides could replace car trips – and concludes that climate-sensitive cities should consider creating financial incentives to buy them.

Choose your mode: you can now book a bike separately in the Lyft app.

The public transport war put in place to save the New York City subway may well stop due to tensions with New York Governor Andrew Cuomo.

In the rear view

Make a trip to New York in 2015, when the best spearmint offer at the auto show was a $ 2.3 million Aston Martin.