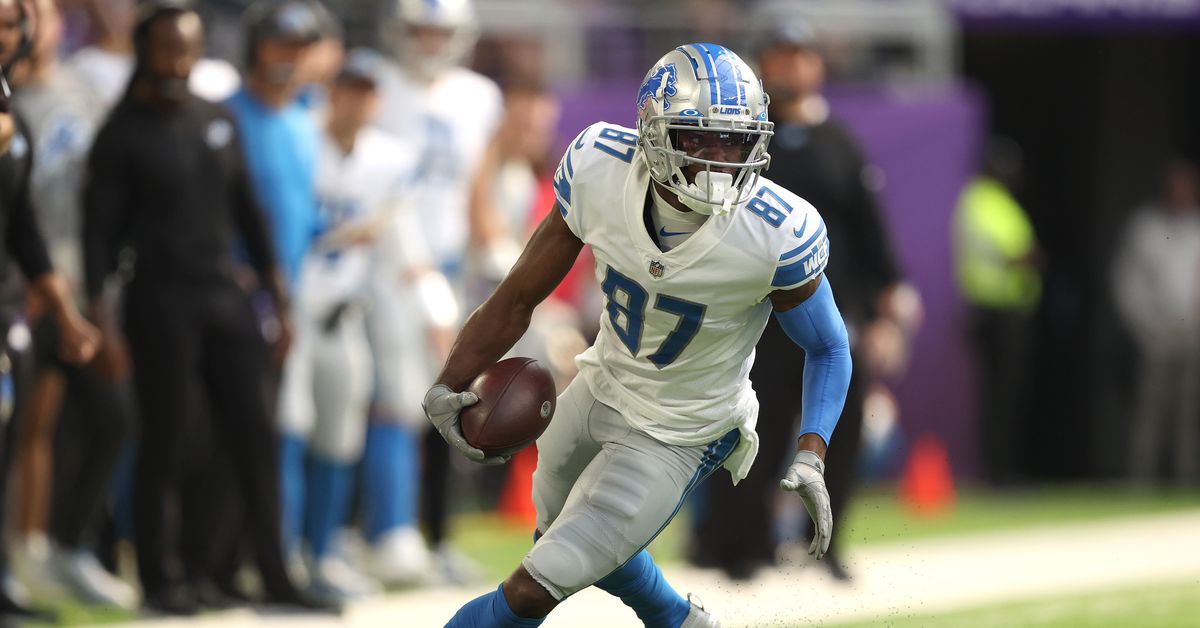 In Week 1, Detroit Lions No.1 wide receiver Tyrell Williams suffered a concussion that ultimately landed him in the injured reserve. In Week 2, second-year WR Quintez Cephus stepped into his starting role and was one of the Lions’ most consistent receiving options on the roster for the past four weeks.

In Week 5, Cephus made an early impact, getting three receptions for 38 yards, but during a routine play near the end of half-time he was tackled by two Minnesota Vikings and fell. awkwardly out of bounds.

Cephus remained on the ground, receiving help from the trainers for a while. He eventually needed cart transport to leave the field, coming out with a towel covering his head and face.

Usually, that body language is a bad sign, and during his post-game press conference, coach Dan Campbell confirmed Cephus’ injury to be serious.

“Yeah, it looks like it’s in the shoulder, the front area,” Campbell said, “it could be his collarbone, could be his shoulder, but it doesn’t look good.”

“It doesn’t look good” is a colloquial expression Campbell has used this season when a player walks up to the injured reserve.

KhaDarel Hodge replaced Cephus in the starting lineup, but his production was minimal. Hodge had just one reception on five targets, one 17 yards at the end of the fourth quarter, but also converted the Lions’ two-point conversion.

Williams is eligible to return from the injured reserve this week. If his concussion was severe enough to send him to IR, it is not certain that he will be activated. If Williams remains on the injured list, Hodge, Trinity Benson or Tom Kennedy (who has been in good health for most of the season, but mainly because of special teams) could be called up to start.