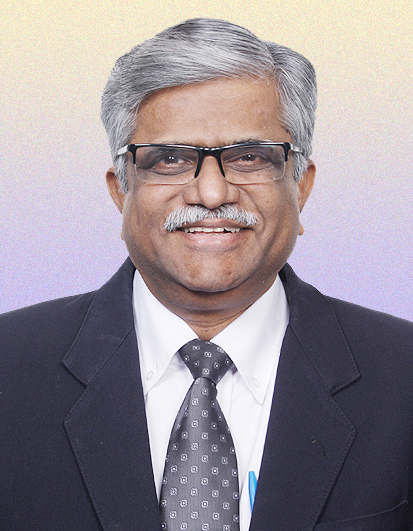 Rabies, an acute viral disease of the central nervous system that affects humans and other mammals, can be prevented by vaccination. Although it is present in many countries, the problem in India is acute. Dr. MK Sudarshan, Founding President and Mentor of the Association for Rabies Prevention and Control in India (APCRI), Bengaluru, has maintained with Taru Bahl on the solutions:

Rabies is the only disease that has a 100% mortality rate, compared to 12% for Japanese encephalitis and 6% for swine flu in India. Why has not it been a priority disease with the government?

The World Health Organization (WHO) rightly places human rabies in the list of "neglected tropical diseases". The trend in countries like India has generally seen deaths that do not occur as epidemics. These are scattered throughout the year and are commonplace in urban and rural areas, affecting mainly the poor and the homeless. As a result, victims do not receive the appropriate medical care or the full attention of the media. Rather, sustained and sustained efforts are needed to provide post-bite prophylaxis and to educate the masses on how and where to avail of these rescue services. What makes access to services even more difficult, is the lack of coordination between the medical sector and the veterinary sector to contain the disease in dogs, that is to say at the source.

On a global scale, we are now moving towards the adoption of the One Health approach that combines medical and veterinary services. In 2015, the WHO declared the global goal of a "world free of human rabies to canine mediation, by 2030 or zero cases of rabies by 2030". India is committed to this goal and has initiated activities under the National Rabies Control Program (NRCP). But how realistic this remains is a big question mark.

Can India ever get rid of its stray dog ​​threat?

We have about 30 million stray dogs in India. Since dogs are not economically important animals, the Department of Animal Husbandry and Veterinary Services does not give them much attention. In addition, dogs act as pets and support many activities such as surveillance, rescue, safety and rescue. For the poor, they are a source of social support for vigilance. Under these circumstances, most dogs have some form of human ownership and can not be considered "misplaced" in the strict sense of the term.

In urban areas, municipalities and businesses have implemented an animal birth control program (ABC) to control their population. However, to be successful and to be effective, this approach needs to cover about 70% of the stray dog ​​population in a given area over a period of about one year. Currently, municipalities and businesses have neither the funds, the infrastructure and the facilities, nor, more importantly, trained and qualified veterinarians to perform the large number of surgeries required. This led to a blatant waste of public funds, which were mainly used for a random and mediocre implementation of the ABC program.

Why is the government so slow in controlling a growing dog population?

This is not a priority disease for public health and, as a result, other major competing diseases deprive the limited funds available. At present, governments with scarce resources are failing to provide uninterrupted rabies prophylaxis that saves lives for dog-bite victims in public hospitals. Therefore, it is important for the disease to move from the radar of state governments to central governments.

Is it true that dogs become predators? What contributes to this change in canine behavior?

In the cities, packs of hungry stray dogs wait near restaurants for food. When they find food in the hands of young children, they jump instinctively on it and sometimes bite it in a vicious way, causing some wounds to succumb. In the wild, a pack of dogs sometimes hunts isolated small vulnerable animals such as pigs, hares. This has existed since time immemorial and it is only a more sophisticated and improved tracking and reporting system that has shed light on these dimensions of dog behavior.

It is clear that India's national policy on stray dogs, rabies and its control is deficient. What do you think needs to be done to remedy this?

The organizational structure of the NRCP needs to be reorganized to combine the medical and veterinary systems and be designed to provide One Health services to contain the threat of rabies, both in humans and in the dog. The One Health approach to rabies control and elimination must involve the integration, coordination and collaborative partnerships needed to eliminate dog rabies as a global human and animal health problem.

What global examples can India learn and adapt given its demographic and sociocultural context?

Thailand, the Philippines and Sri Lanka are small but have made concerted efforts to effectively contain rabies, both in humans and in animals. We can learn from their experience. At the same time, in the Indian context, we need to improve our public health surveillance, our animal census and the implementation of the dog licensing rules. Other targeted interventions include waste management, effective vaccination against rabies virus and dog ABC, awareness campaigns and widespread availability of rabies vaccine in all public health facilities. A more coordinated effort should be considered with the participation of state departments responsible for public health, municipal administration, municipal governments, village panchayats and veterinary public health. The problem is complex and difficult to manage for the moment, but nothing prevents it from being mastered very quickly with clear directives from municipal corporations.

CLAUSE OF DISCLAIMER: The opinions expressed above belong to the author.