Random people get vaccinated with extra doses at pharmacies 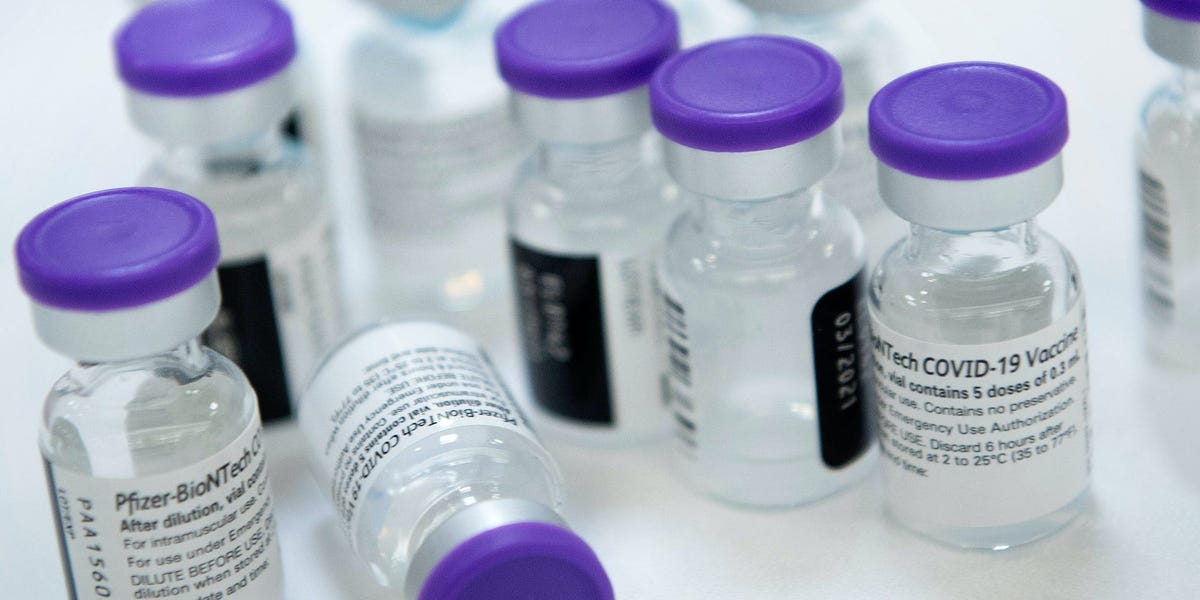 Across the country, some non-health workers are receiving their COVID-19 vaccines earlier than expected, as pharmacies have extra doses remaining.

This does not mean that there is an oversupply of vaccines overall. However, the Pfizer-BioNTech and Moderna vaccines should be stored at cold temperatures and used within hours of thawing, according to the Centers for Disease Control and Prevention.

In some cases, pharmacies and hospitals are left with doses left at the end of the day and are faced with the choice of throwing away the vials or offering them to lower priority recipients.

Although the Food and Drug Administration has given vaccine suppliers the green light to use any extra doses left in the Pfizer and Moderna vials, the federal government has not specified what should be done when there are more. thawed doses than eligible recipients.

Some providers have taken matters into their own hands to make sure that no dose of vaccine goes unused. They offered the leftovers to local first responders, pharmacy staff and the occasional average person who was in the right place at the right time.

Kentucky couple heard of extra doses from friend and ‘ran up’

News of additional vaccine doses in Louisville, Kentucky Walgreens reached the Mastersons by word of mouth on Christmas Eve.

“[A friend] called us, and we ran. It was pure luck, ”Andrew Masterson, co-owner of local restaurant Captain’s Quarters, told the Louisville Courier-Journal. He added that he and his wife, who is undergoing chemotherapy for stage 4 cancer, each received a dose of the Pfizer vaccine at Walgreens that day.

The drugstore chain was contracted to provide vaccines to long-term care facilities in Kentucky, and on Dec. 24, “the amount of vaccine doses requested by facilities exceeded actual needs,” the spokesperson for Walgreens, Phil Caruso, at Courier-Journal.

Caruso told the outlet that this situation was an isolated occurrence, but Gov. Andy Beshear confirmed that a similar incident had taken place at a Walgreens in Lexington, Ky., The previous week.

“The reaction was not what it should have been,” Beshear told the Courier-Journal, referring to both incidents. “Now do I believe it came from a good place – yes, because they didn’t want anything to be lost, but should it have been done differently – yes.”

In Washington, law student got lucky at the supermarket

Law student David MacMillan was shopping for groceries at a Giant Food in Washington, DC, when a pharmacist asked him and his friend if they would like the Moderna vaccine.

All of the healthcare that was to receive the dose that day did not show up, a representative for Giant wrote in a statement supporting the pharmacist’s actions.

The couple quickly accepted the offer. MacMillan posted a video on TikTok detailing his experience on Friday.

“She turned to us and said, ‘Hey, I have two doses of the vaccine and I’m going to have to throw them away if I don’t give them to someone. We’re shutting down in 10 minutes. want the Moderna vaccine? ”he says in the video.

MacMillan told NBC Washington that he released the video to address any misinformation surrounding the COVID-19 vaccine.

“It is important that when there is so much misinformation that people can see that it is a good thing, it is a positive thing. We should be excited about being able to deal with the pandemic.” MacMillan told the outlet.

In other cases, confusion over doses has led to misallocation of vaccines

Not all cases of people taking extra doses have been happy accidents.

Hundreds of Tennessee seniors were denied the COVID-19 vaccine on New Years Eve, only for health officials to call family and friends to get vaccinated later in the day.

The Hamilton County Health Department tweeted telling people to “please exit the queue NOW and come back at another time,” just over an hour after the vaccinations started as the queue The wait was so long she reached the freeway, NBC affiliate WRCB-TV reported.

Later that day, officials said they realized there were more thawed vials to use, prompting them to offer injections to non-priority recipients.

At Stanford Hospital last week, some nonclinical affiliates got vaccinated on a walk-in period because they felt there were extra doses. Stanford issued a statement saying there was not actually a vaccine surplus.

Finally, a woman who said she worked for Disney wrote in a Facebook post (which has since been deleted) that she received a vaccine from the Redlands Community Hospital in Southern California with the help of family connections. . There were doses left after the vaccinations of the frontline health workers in this case, but the extra injections were supposed to go to the lower priority health workers.