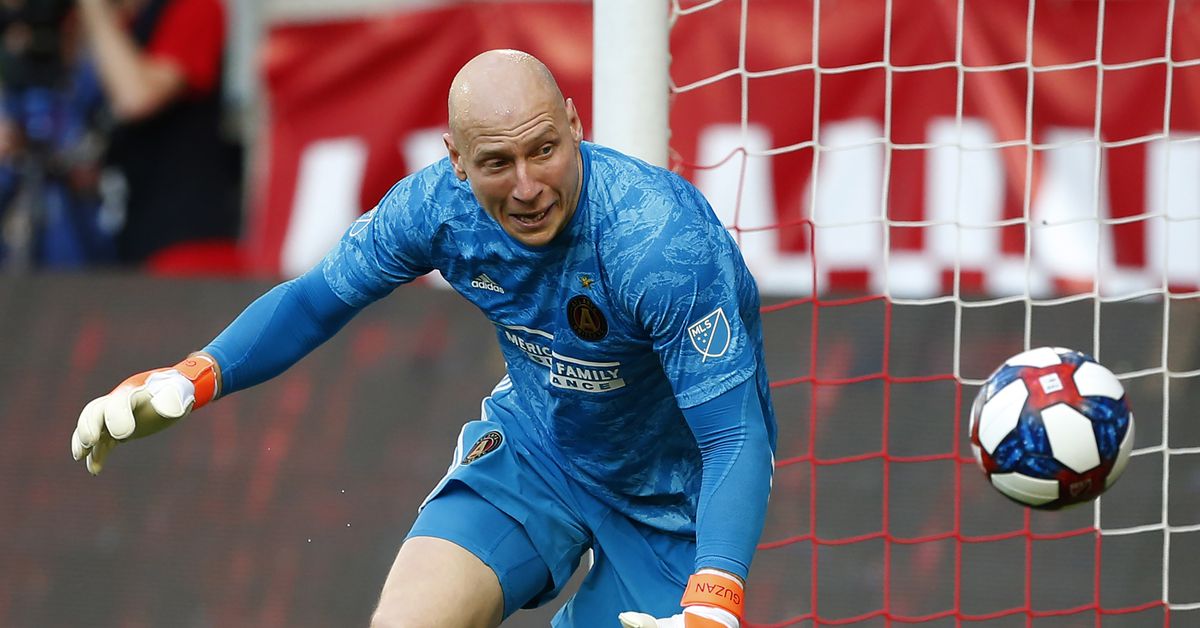 Atlanta United were up 11 men at 10 for 55 minutes of their game against the New York Red Bulls, but RBNY proved to be the best team while Tom Barlow's goal in the 65th minute was the winner of the match in a 1-0 win. Atlanta still has not won at the Red Bull Arena and has seen his five-game winning streak and his shutout come to an end.

It seemed like things would break for Atlanta in the first period. In the 35th minute, Tim Parker was sent off on a red card for refusing a chance to score to Josef Martinez. It seemed a little soft at first, but the replay showed that Parker had actually prevented Martinez from getting to the goal.

Worthy of a red card or nah?

Tim Parker receives a red for this foul on Josef Martinez and the Red Bulls are more than 10 men. pic.twitter.com/7MMfciE87R

Atlanta United could not take advantage of a sluggish attack and very few serious goal attempts. His best chance came when Josef Martinez had a face-to-face encounter with Luis Robles, but inexplicably failed to get shot and was stripped. Meanwhile, the Red Bulls scored in the 65th minute thanks to Tom Barlow, who led in a fine pass from Daniel Royer to beat Brad Guzan at the back post, giving New York the advantage despite its light weight.

Whether it's fatigue or not, dropping a result like this to a shorthanded team – shorthanded for a good part of the game – will not sit well. And it will not be any easier as Atlanta heads west again to face Real Salt Lake on Friday.

As for the big picture between these two sides? They'll see each other at the Benz on July 7th. It will be interesting to see if there is a postponement of the incident between Kemar Lawrence and Tito Villalba in stoppage time. Lawrence dropped Villalba in a collision and mocked him while Villalba was lying on the ground . Obviously, Villalba was an exception to the rule and had a little discomfort with the Jamacian after the final whistle.

The league would like to paint Atlanta United and Orlando City as a rivalry (and, in fairness, both wickets would be too), but incidents like this plant seeds. (You know that FOX and the national media will talk about it.) I agree with Chris Fuhrmeister's tweet, which recalls some of my thoughts as I watch this game unfold:

Michael Parkhurst and Brad Guzan both said that they did not view the Red Bulls game as a rivalry. Do not think I believe them.

Let's go back to the result itself: the hope was that Atlanta would get at least one result, if not a point. But a largely apathetic performance, highlighted by sloppy passes and a regressive performance by Pity Martinez, will remain with the club over the next few days. It will be a long week before RSL Friday.