Reports claim Ranieri will be fired by Fulham 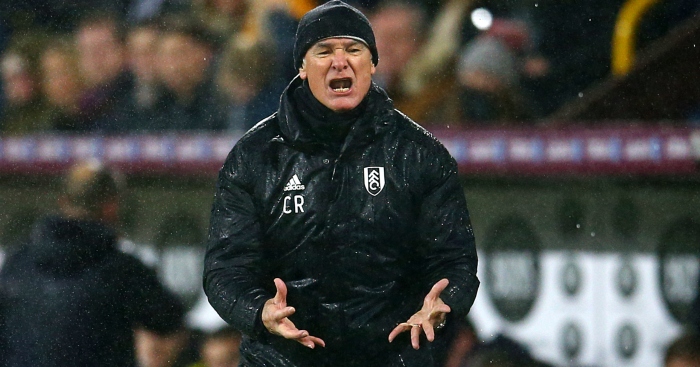 The future of Claudio Ranieri as Fulham's director seemed uncertain Thursday, as reports that he was about to be fired.

The fourth straight defeat in the Premier League leaves the club of West London in 19th place, 10 points away from safety.

According to reports released on Thursday, the Italian, appointed in November, was scheduled to hold talks with the club's top management – CEO Alistair Mackintosh and Vice President Tony Khan – after which he is expected to lose his position.

When contacted by the Press Association Sport on Thursday afternoon, Fulham said the manager had followed the scheduled training but made no comment.

Ranieri, who led Leicester to the Premier League title in 2016, has oversaw only three wins, with 11 defeats over 17 matches.

Some sections of Fulham fans have already lost confidence in the 67-year-old, chanting "You do not know what you're doing" in the 2-0 defeat at Southampton.

A banner containing the words: "No risk? Do you look at Tony Khan? Was unveiled as a result of comments from the club's vice president following the November appointment of the Italian.

Speaking after the match, Ranieri claimed that he did not know if his position was threatened. When asked about his future, Fulham's boss replied, "My job? I do not know. Ask the owner. "

Ranieri, who suggested talking to Shahid Khan, owner of Fulham, remained confident about the team's hopes of survival.

"Something could happen. If you do not believe, it's done, "he added. "You must believe, you must fight, if you do not fight, you have already lost.

"Always in my career, I'm used to working hard. I know it's very difficult, but until mathematically, it's impossible, we keep fighting.

First team coach Scott Parker, who was playing for the club, was suggested as a tentative meeting if Ranieri was to be sacked.

Slavisa Jokanovic guided Fulham to the Premier League with a win over Aston Villa in the Wembley playoff but was sacked after a difficult start.