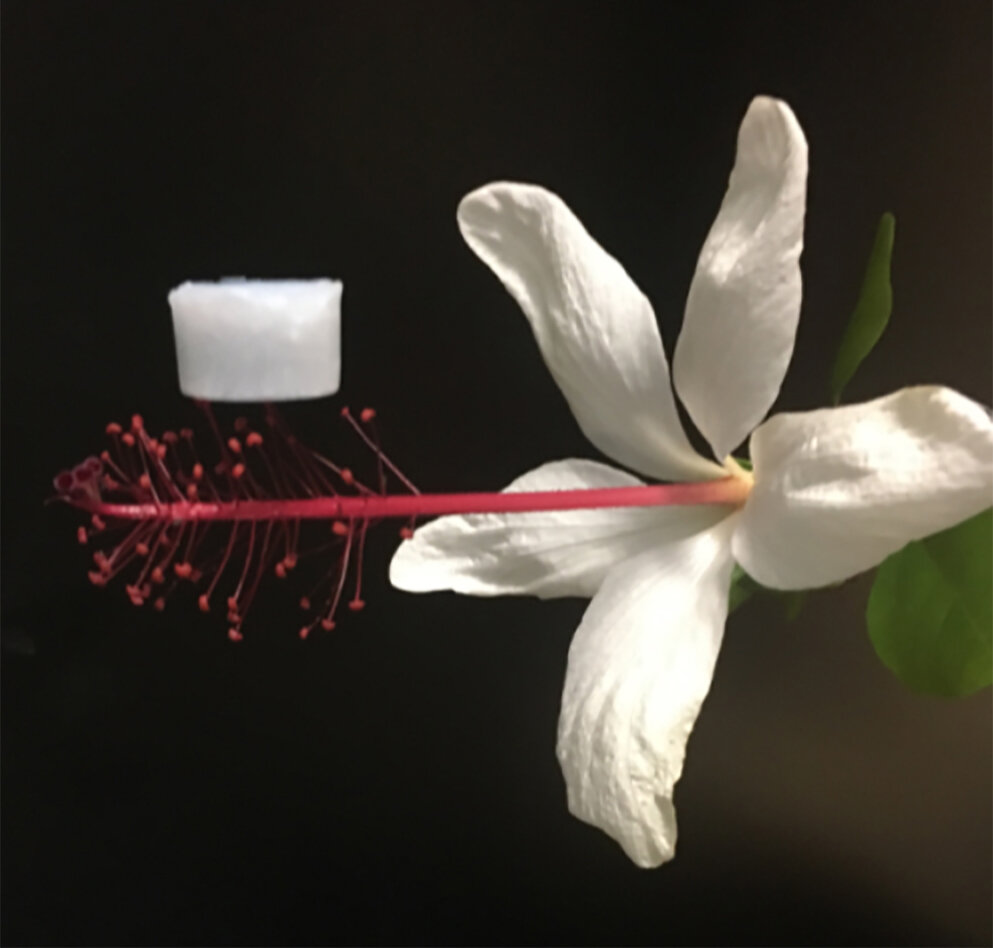 Researchers at UCLA and collaborators at eight other research institutions have created an extremely lightweight and durable ceramic airgel. The material could be used for applications such as spacecraft, because it can withstand the intense heat and extreme temperature changes that space missions endure.

Ceramic aerogels have been used to isolate industrial equipment since the 1990s, as well as to isolate scientific equipment in NASA's Mars rovers missions. But the new version is much more durable after exposure to extreme heat and repeated temperature spikes, and much lighter. Its unique atomic composition and microscopic structure also make it exceptionally elastic.

When it is heated, the material contracts rather than expanding as do other ceramics. It also contracts perpendicular to the direction in which it is compressed – imagine squeezing a tennis ball on a table and moving the center of the ball inward rather than extending it – unlike the way which most materials react when they are compressed. As a result, the material is much more flexible and less brittle than the most modern ceramic aerogels: it can be compressed to 5% of its original volume and recovered completely, while the other existing aerogels can be compressed only about 20 percent and then recover completely.

The research, published today in Science, was led by Xiangfeng Duan, professor of chemistry and biochemistry at UCLA; Yu Huang, professor at UCLA in Materials Science and Engineering; and Hui Li from the Harbin Institute of Technology, China. The first authors of the study are Xiang Xu, postdoctoral researcher in chemistry at the UCLA Harbin Institute of Technology; Qiangqiang Zhang from Lanzhou University; and Menglong Hao from UC Berkeley and Southeast University.

Although air represents more than 99% of its volume, aerogels are solid and structurally very strong. They can be made from many types of materials, including ceramic, carbon or metal oxides. Compared with other insulators, ceramic-based aerogels better block extreme temperatures, have an ultra-low density and are highly resistant to fire and corrosion, qualities that lend themselves to reusable spacecraft.

The new material consists of thin layers of boron nitride, a ceramic, with atoms linked together by hexagonal patterns, such as chicken wire.

As part of UCLA's research, it has withstood conditions that could fracture other aerogels. Engineers raised and lowered the temperature in a test vessel between -198 degrees Celsius and 900 degrees above zero in the space of a few seconds. In another test, it lost less than 1% of its mechanical strength after being stored for a week at 1400 degrees Celsius.

"The key to the durability of our new ceramic airgel lies in its unique architecture," said Duan. "Its innate flexibility allows it to withstand extreme thermal and thermal shocks that would cause other ceramic aerogels to fail."

Ordinary ceramic materials generally expand when they are heated and contract when they are cooled. Over time, these repeated temperature changes can lead to breakage of these materials, or even failure. The new airgel is designed to be more durable by acting on the contrary: it contracts rather than spreading to heat.

In addition, the ability of the airgel to contract perpendicular to the direction in which it is compressed – as in the case of the tennis ball – helps resist rapid and repeated temperature changes. (This property is called the negative Poisson's ratio.) It also has internal "walls" reinforced by a double-glazed structure, which reduces the weight of the material while increasing its insulating capacity.

Duan said researchers of processes developed to make the new airgel could also be adapted to make other ultra-light materials.

"These materials could be useful for the thermal insulation of space vehicles, automobiles or other specialized equipment," he said. "They could also be useful for storage of thermal energy, catalysis or filtration."