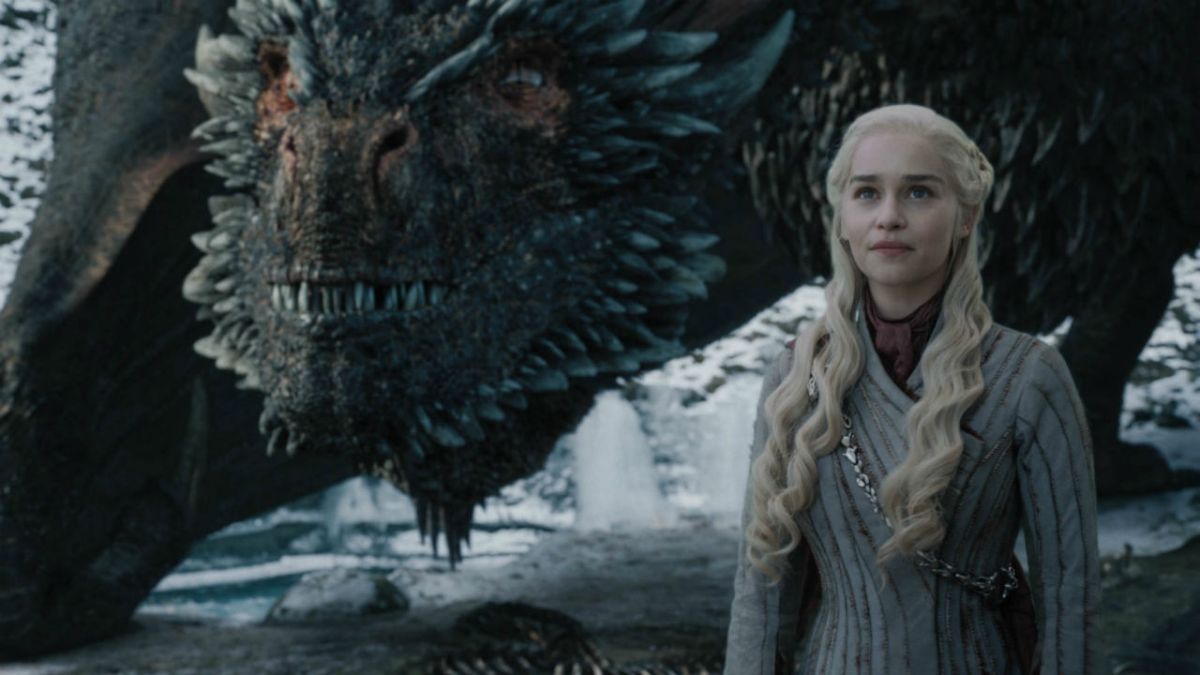 Well that's it. Game of Thrones is over after eight years and I will not blame you if Game of Thrones season 8 leaves you with a bit of a bad taste. Even if the good times are good, most of the season is just too hasty, the characters taking only a few minutes to make decisions that would have taken days. I hope it goes without saying, but if you have not seen the final episode yet, stop reading for now because there will be soon serious spoilers for the entirety of Season 8 of Game of Thrones.

This begins in a promising way in the first episode, Winterfell, which shows our distribution of characters answering Daenerys and the preparations for the Battle of Winterfell. We get a much needed downtime to let the characters actually speak and react to the revelations of the end of season 7 and that's where shines Game of Thrones: when people have the chance to play politics, seduce and plan their next move behind the scenes. Yet, while we get a lot of it in the first episode and in episode 2 (The Knight of the Seven Kingdoms), the rest of Season 8 is a show, for better or for worse.

Too little, too fast

While two episodes devoted to decisive battles would have had the effect of a gain after several planning episodes in previous seasons, this finale makes the mistake of sacrificing accumulation for the benefit of pure shock factor. To be fair, with only six episodes, there was not really any other way to do it, but nevertheless Game of Thrones simply deserves better. Watching the battles of Winterfell and King's Landing does not give the impression of being profitable, after all the key players have carefully put their pawns in place during the conspiracy weeks, it was lacking therefore the emotional weight that resulted. the battle of bastards or the duel between Oberyn Martell and the mountain.

That said, the best episode of the series is clearly The Long Night, where Night King finally arrives for a showdown that will last eight years. Although we have no idea what these swirling symbols mean that he has not let go, nor hears from his own lips Why he wants to destroy Westeros, the battle does a great job in showing that all our fears about him are founded. Each character grows up in this fight: Sandor reaffirms his fear of fire, reminding us that he is not cured of the abuses suffered by the Mountain in his childhood, Arya realizes his destiny, Melisandre fulfills his objective and despite all their tactical maneuvers, Sansa and Tyrion realize that they can not control everything. It should have been the punctuation mark of a few episodes of accumulation, but The Still Night will do justice to Night King's forces … even if they can not protect him from Arby's knife.

The unsatisfactory end of Daenerys

The descent of Daenerys into madness makes sense after the retreat, but – and yes, I already mentioned that – by dedicating a little a little more time for his sanity, especially after the deaths of Rhaegal and Missandei, would have allowed his massacre at King's Landing to make sense. Morality aside, she literally m said that she would take what was hers with fire and blood, so there was a lot of announcement when it came to her unleashing with Drogon. But like all season 8, it's not enough. There is little as satisfying as realizing that the answer was before your eyes from the beginning, as if Olenna was using Sansa's collar to murder Joffrey or Littlefinger as being behind Ned's arrest, and I can not keep me from feeling a little cheated as Daenery's. madness does not receive the same treatment.

The portrait of the Mad Queen by Emilia Clarke is exceptional from beginning to end, that it's about her subtle expressive signs reflecting Dany's transition from shock, sorrow, the fury of death to Missandei, or her fall fed by the rage provoked by the sound of madness. bells at Kings Landing. Seriously, someone has already given an Emmy to this woman.

Season 8, however, prevents us from living such delicious moments, and the fact that we do not have a lot of time to think about Dany's madness means that his eventual death was felt as not apprehended morbidly. When she talks with Jon in the finale, we see a brief glimpse of how she views the innocents she has killed as evidence of her weakness, thinking (paradoxically) that Cersei was using them as currency of 39; exchange. In the spirit of Daenerys, killing them makes them strong. She's more like Cersei than any of us thought, but not being able to see her rule-or at least take care of the displaced Kings Landing-seems to be a mistake.

the End of the game of thrones did everything in its power to thwart one of the biggest phenomena of pop culture of the 21st century, but with so little time to do it, it would always seem slightly … meh. Almost all decisions are logical (Bran being king, we could explain a little more, especially if we consider that Sansa is able to govern) and the fact that some characters close the circle, seems to be right, but it seemed hasty . And a little too happy, to be perfectly honest.

Game of Thrones has led us to expect the bittersweet nuance to be left in our mouths at the end of each season, giving us outcomes that feel right but hard to digest. So it's a surprise that so many characters survive with a smile. In the end, we were all expecting more from Game of Thrones. Season 8 does not feel like winning, the little time spent on growing characters comes with a stronger emphasis on major intrigues, instead of proving to those of us who are watching them how inevitable they are. Never mind. At least, Ghost is being petted in the end, right?

If you do not remember what happened in the last season, here's the Summary of Game of Thrones Season 8!