Rudy Giuliani: "There is nothing wrong with taking information from the Russians" 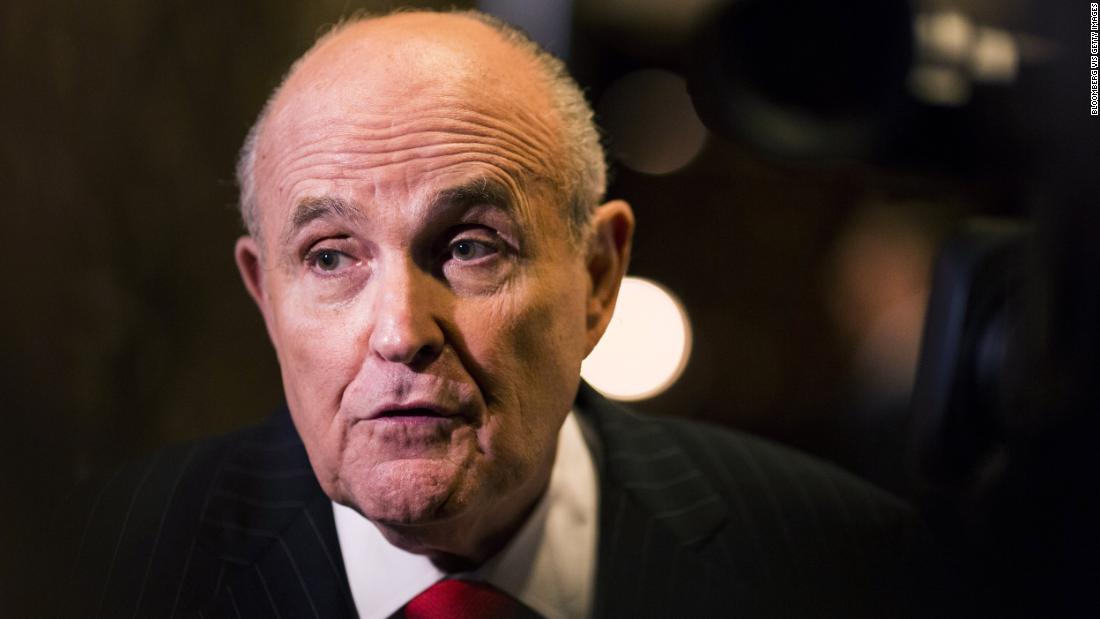 "There is nothing wrong with taking information from the Russians," Giuliani told Sunday on CNN's "State of the Union."

CNN's Jake Tapper asked him if he would have taken information from a foreign source. Giuliani replied, "I probably would not do it."

"I have not been asked," Giuliani said. "I would have advised, just overly cautious, do not do it."

Giuliani's comments were echoed in a prolonged rebuttal to Mitt Romney, Utah's GOP Senator, who issued a statement Friday in which he said he was "disgusted" by the findings of the published report. recently by special advocate Robert Mueller.

The former mayor of New York – and presidential candidate of 2008 in a group of operations including Romney – said Romney should "stop the bull" but acknowledged that he did not know that Romney had accepted information from foreign sources.

Romney, in his statement on Friday, said he was contesting both the dishonesty documented in the Mueller report and that "his fellow citizens working in a campaign for the president welcome the help provided by Russia." ".

"Reading the report is a sobering revelation that we have strayed from the aspirations and principles of the founders," said Romney.

Former US lawyer Preet Bharara, a CNN legal analyst, said in a separate interview on the same show that he hoped Giuliani would retract.

"The idea that it is good, separately and independently of the fact that it is a criminal offense, we should tell future candidates on the eve of the 2020 elections that if an opponent, a foreign opponent, offers information against a political party It seems, it seems, that his opponent accepts the information, which is correct, and American and patriotic.This is an extraordinary declaration and I hope he will retract ", a said Bharara.