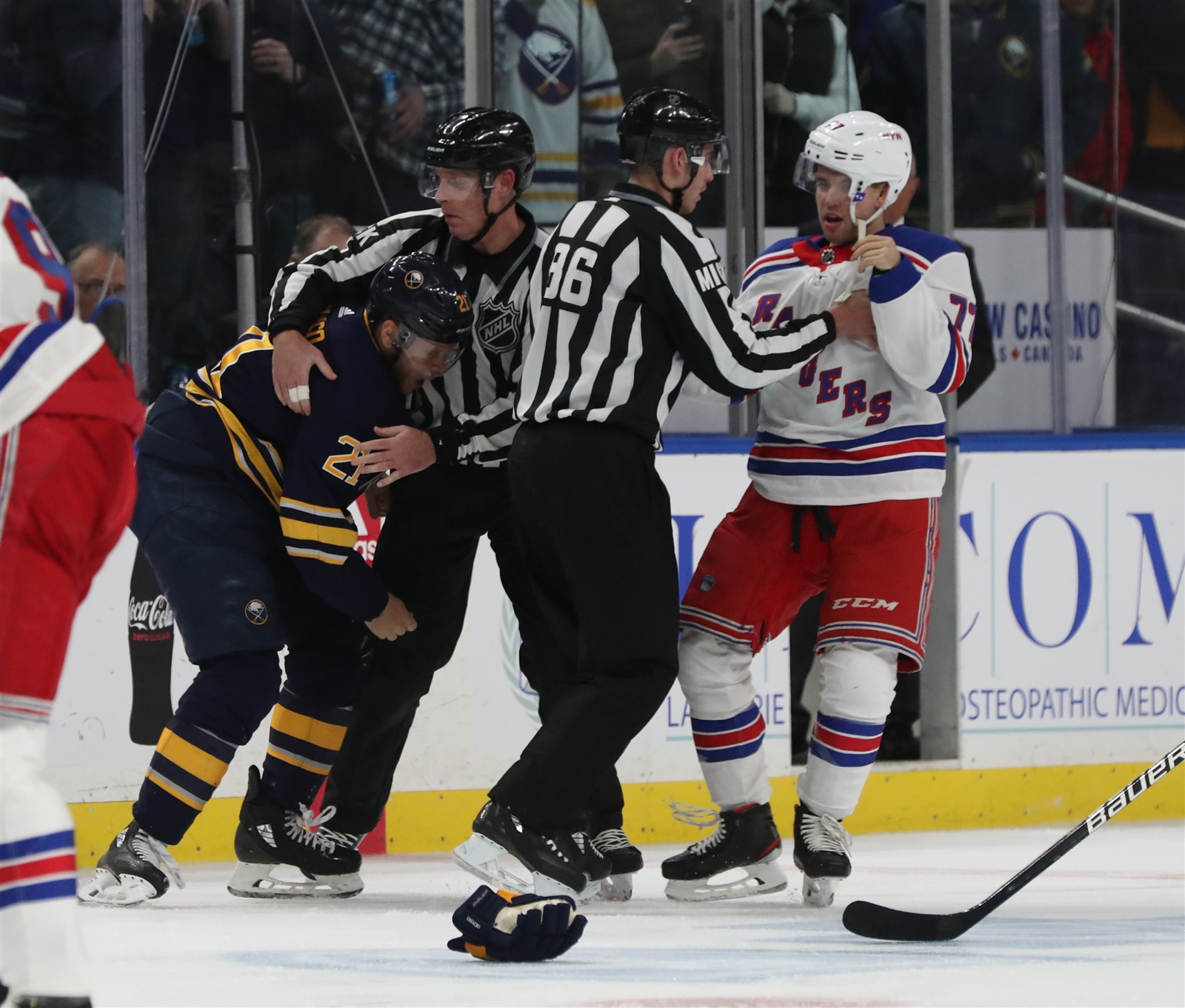 SUNRISE, Florida – The Buffalo Sabers have released an update on Kyle Okposo's state on Tuesday morning and the news is not good.

The veteran winger was diagnosed with a concussion following his fight on Friday night against New York Rangers defender Anthony DeAngelo, at least the third, which Okposo has suffered since 2017.

The Sabers initially announced Saturday that Okposo had not suffered a concussion and he flew with the team to New Jersey for Sunday's game against the Devils. But Okposo was seen before this match with team coaches going to a restricted area and did not skate to warm up. Coach Phil Housley then informed reporters Monday that Okposo had returned to Buffalo for further assessment.

The Sabers did not have a morning session on Tuesday and Housley was scheduled to meet the media at 4:45 am in the BB & T Center before the Sabers' game against the Florida Panthers.

Sabers in the Panthers: Five things to know

Obviously, when it comes to Okposo, any news regarding recurrent head trauma is serious considering what he's been enduring in recent years. Following a concussion suffered in March 2017, he was hospitalized at the Neuro Intensive Care Unit of the Buffalo General Medical Center, where he spent the entire summer suffering physical and emotional trauma.

Okposo returned to training in time to start the season, but suffered a new concussion last March after an accidental collision with Bobby Ryan during a game in Ottawa. Okposo was discarded 11 days after this hard blow but has come back and appeared in the last 11 games of the season.

Okposo had played in the first 57 games of this season and had missed none before Sunday's 4-1 loss to the Devils. Okposo, 30, has scored 10 goals and 12 assists this season. He is in the third season of a $ 7 million contract that he signed with the Sabers in 2016 for $ 42 million.

The fight with DeAngelo comes after Okposo pushed Rangers forward Mats Zuccarello from behind and the New York defender intervened. According to Hockeyfights.com, this was only the fourth bout of Okposo's NHL career and his first with the Sabers. He had not received a major fight since his clash with Ryan Callahan of Tampa Bay while he was with the New York Islanders on November 28, 2015.

Okposo and DeAngelo gave up gloves and sticks and clashed for several seconds without the intervention of their teammates or officials before hiring. DeAngelo was connected with a jaw right and Okposo fell on the ice before getting up quickly and skating to the Buffalo locker room.